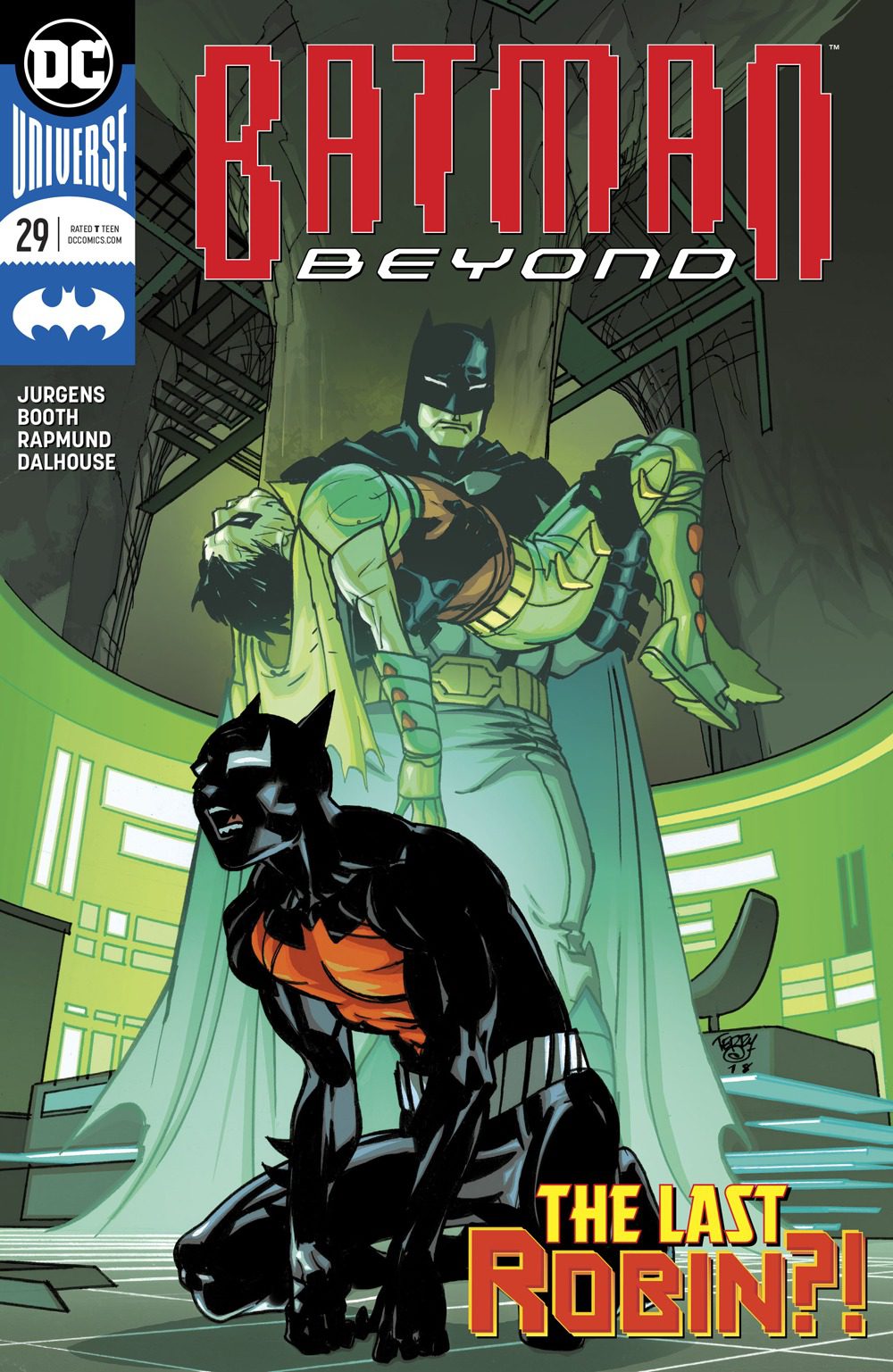 The Joker is all in on trying to figure out who “Bruce” is. As stated previously in the review of Batman Beyond #28, the Joker should be able to figure this out on his own. He’s too smart and this seems like such a simple puzzle to solve. Now, maybe he did have an idea on his own and saw this as a chance to get more useful information from Robin. That’d be a bit more believable. 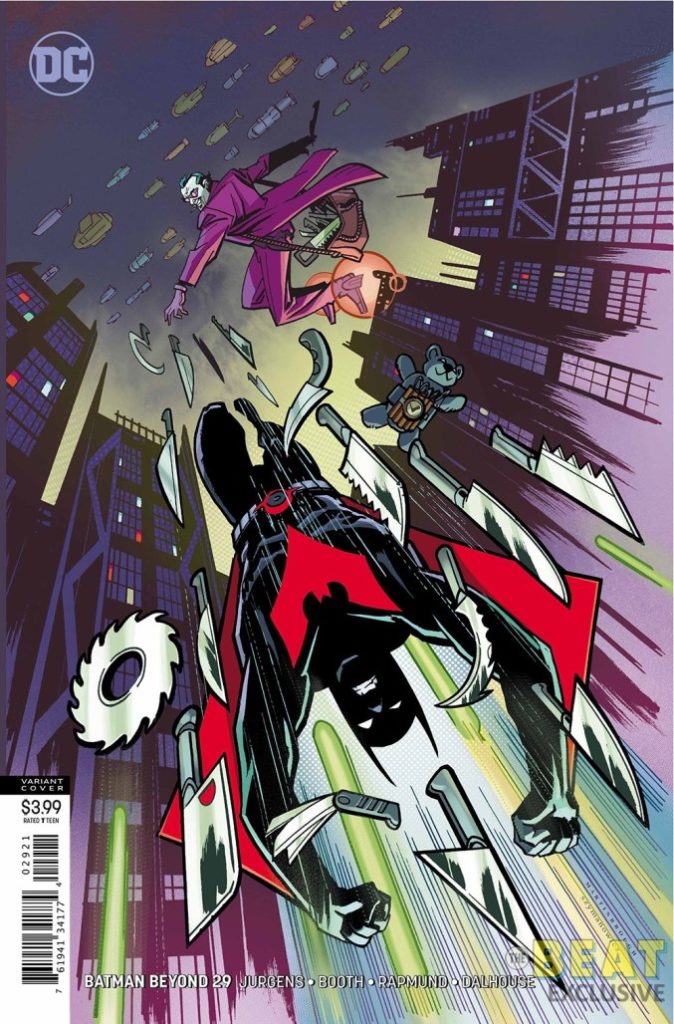 Can’t really argue with his results. He clearly got to Matt McGinnis with his stories about Barbara Gordon and Jason Todd. Can’t blame the kid for the way he handled the situation. He didn’t let pride get in the way like Jason would have. His handling of the situation could be viewed as a negative, but Matt was not trained for this. Bruce knew this too. That’s why he spent all this time telling everyone Robin would be fine. He was really trying to convince himself above all else.

Batman Beyond #29 also has some of the title’s best fights of late. Batman and Dick Grayson go to town on Joker’s cronies. Dick flying in to back up Batman was a particularly awesome shot. In the course of the fight, Batman is engulfed in flames trying to save Robin. The main image in this sequence is perhaps the best of the issue. Brett Booth capture’s Terry desperation perfectly, while he storms through the catastrophic amount of fire.

All of that being said, the final fight stole the show. The only problem with it is the way it ends—it makes sense, but it’s not ideal.

Both Pasqual Fery and Dave McCaig’s main cover and Shawn Martinbrough and Andre Szymanowicz’s variant cover are great this issue. The main cover is heavy. Really leads you to believe things are going in a certain direction. The variant has a futuristic feel that comes with Batman Beyond.