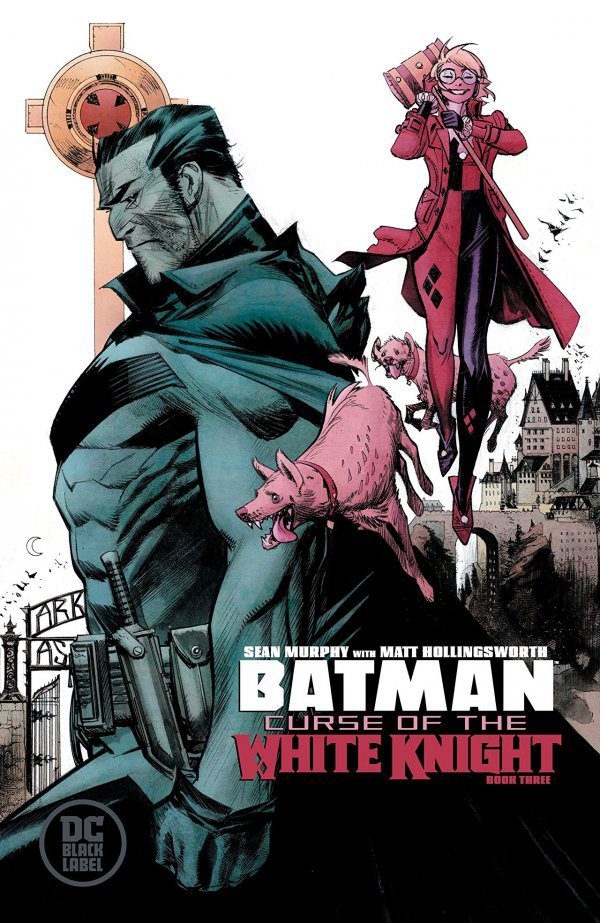 Or was he technically fried?

Either way, how does he let his guard down so easily when they know there’s an evil Batman-type running around. Then again, this is the same police commissioner who didn’t know his daughter was Batgirl.

As much as that the was the shock at the end of Batman White: Curse of the White Knight #3, the real story this issue was Batman telling everyone he’s Bruce Wayne. Well, that and the reminder Joker really is the worst person on the planet. He said some pretty awful stuff to Harley, even for him.

Anyway, if you’re keeping track of who knows who Batman is, you might as well stop. Essentially everyone knows. At least, all the people who matter to the story do.

It’s such a bizarre sight to see. Everyone who’s followed Batman for any length of time knows how secretive he is and how good he is at protecting his identity. Something like this just never seemed possible.

It’s things like this that make Sean Murphy one of the best in the business. He can think of the unfathomable and execute his plan.

The pairing of Harley and Batman is hilarious. There doesn’t need to be an increased volume, but Murphy needs to keep it up in the coming issues.