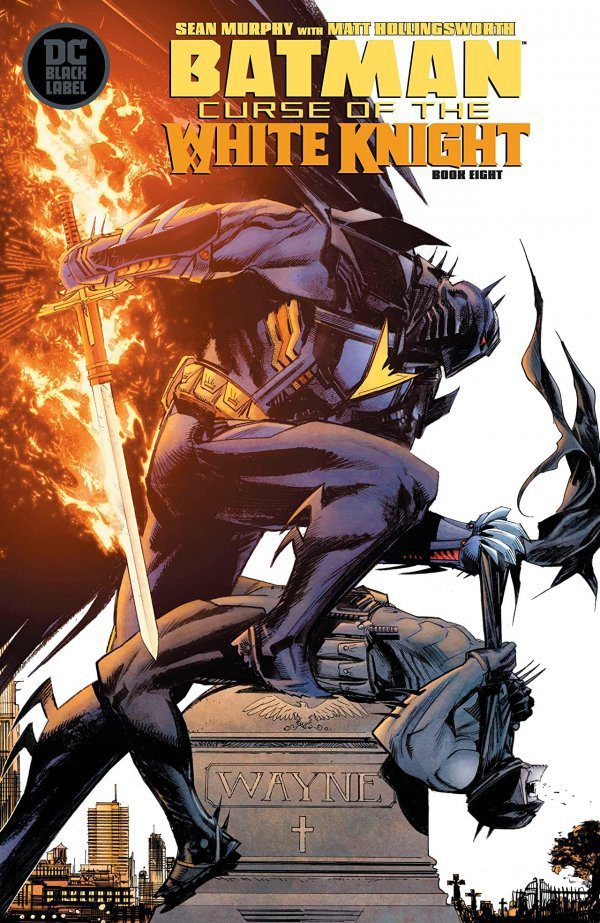 Doesn’t matter how many times it’s said, this point remains true: Sean Murphy’s work with Batman is must-read stuff for all DC fans. There are some very good Batman stories out there, but Murphy’s might be the best.

(WARNING: Spoilers for Batman: Curse of the White Knight #8 ahead.)

One last thing before getting into the important details: I very much appreciated Nightwing’s “Holy Biblical Flood, Batman,” line.

Speaking of Dick, I found myself wanting to personally thank him for telling Batman to cut it out with his pity party. Yes, yes, it’s what Bruce does — that doesn’t make it any less annoying. And Dick managed to set him straight.

Well, sort of. Until Azrael took it a step too far. And when Batman finally slit his through, it actually felt like Azrael might die for a moment or two. Maybe Bruce would’ve let him die had Azrael not gloated about winning despite losing.

Batman killing Azrael probably only would’ve bothered a few people anyway. Certainly, a part of the public wouldn’t have cared. Despite his public admission, half of the people in Gotham didn’t believe Bruce was Batman.

In the end, Murphy wrapped everything up nicely. But he just had to make sure he left us wanting more. Honestly, even if he didn’t include the tease, I want more of the Murphy-verse. But now I’m on the very edge of my seat.