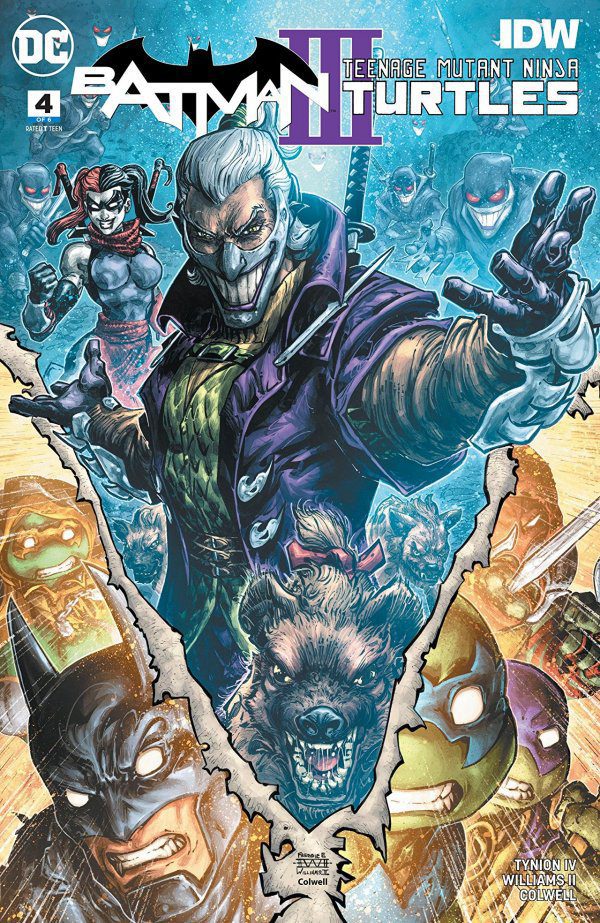 Above all else, Batman TMNT III #4 is loaded with action. The Turtles, Casey Jones, Shredder, everyone is getting after it this issue. Not that most issues of Batman TMNT don’t have a significant amount of action — even going back to the inaugural miniseries.

(Spoilers for Batman TMNT III #4 ahead)

Something that became very apparent by the end of this issue, too: Batman does not have his full level of intellect. Because there’s no way he thought things would run perfectly smoothly when he helped The Laughing Man realize his true identity: The Joker.

Now, Batman and Joker have teamed-up in cases that impact the entire world (I.e. Dark Knights Metal). But this was different. Joker had it made in the shade. He ran things, had a strong supporting cast and the fate of the world wasn’t in danger. What more could he want?

Chaos for everyone who wants to mess with his set up. Now it looks like he’s going to get that, too.

Lastly, Shredder is already getting short with Batman and the Turtles. Something says he’s going to get into a scrap with them once Joker and Krang have been put in their place.