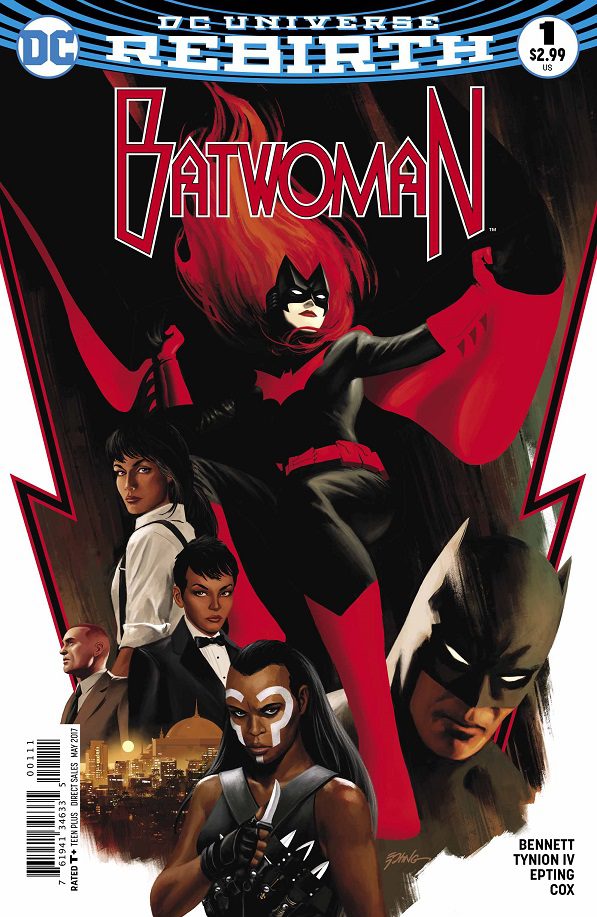 In one of the world’s largest markets, a lone man puts himself into the position to cause a major international incident. In an intersection surrounded by tourists from all over the world, he has taken out a syringe and is positioning himself to inject it directly into his arm until he is thwarted by Batwoman. She’s been tasked with tracking down sellers of the toxin Venom around the world and she’s tracked her quarry to Istanbul. As she draws the now Venom induced man away from the market, she gets the advantage and transforms him back. As she attempts to get answers, the man is killed by an unknown assassin. Kate takes to the streets to track down the assassin, but comes up empty, prompting her to return to her yacht/mobile Batcave. 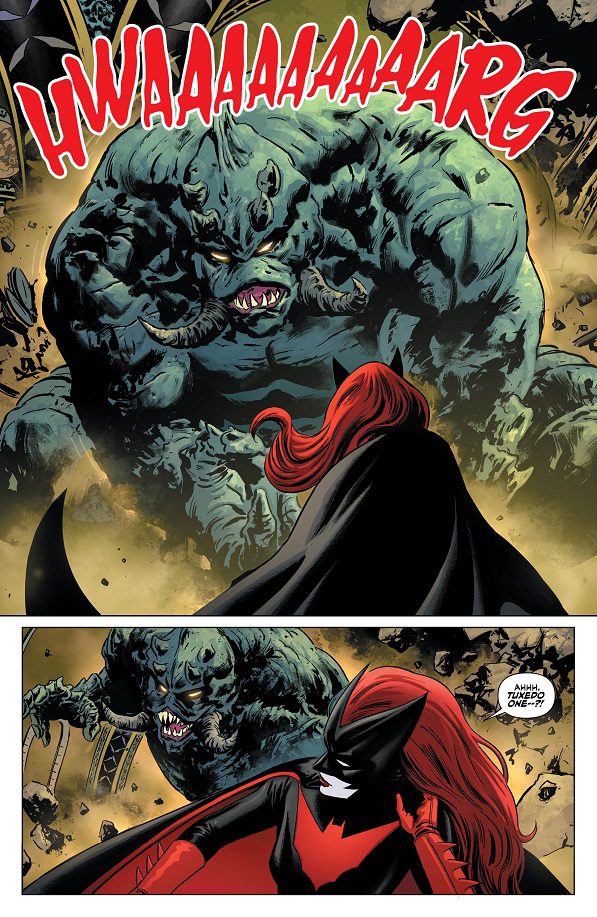 Her assistant Julia has tracked the assassins knife to a small island in the Meditteranean Sea named Coryana. This name seems to awaken some memories in the vigilante. A lost year in the life of Kate Kane. A year that sees the young woman confronting an enigmatic woman of power, her loyal cohorts and seemingly, the assassin that Batwoman encountered in the market. As she disembarks, she is confronted by one of the people from that missing year. Someone who seems to know her mask or not. A dying man who questions why she came back at all.

As mysteries go, this is the beginning of an interesting one. I enjoy the deep noir elements of the plot in this first issue as well as the voice over by Batwoman. There is a darkness in her words that goes beyond brooding. She has an agenda, but her motives are all her own and her inability to trust seems to be a trait that can either serve her well or hinder her ability to truly embrace her destiny. Bennett and Tynion IV do an extremely good job of crafting this first issue to both tell a story that moves fluidly, but also open up questions that both the protagonist and audience want answered. I found myself engaged in both the story and characters and the artwork by Steve Epting added that gritty noir feel to the panels. A great first issue with a hook that will draw me in to the next issue.