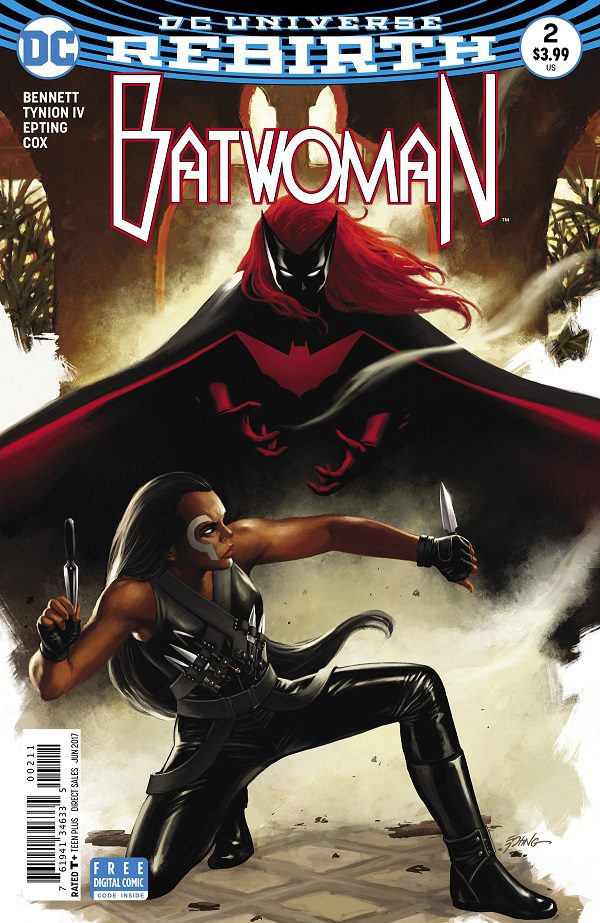 Two issues in and this story continues to pull me in with the first line. The voice over choices are so well done that I find myself slowing down the read to pick up on linguistic subtleties that I might have missed. The issue opens with Kat Kane’s missing year and her love affair with the mysterious Safiyah on Coryana. As she luxuriates under the island sun, envious eyes watch the ladies exchange. The scene transfers back to the present where the dying man who knew who Kate was her former lovers right hand man Rafael. Kate decides to go dark and cuts off communication with Julia, who is monitoring the situation on the boat, prompting the woman to call for some unwanted backup. Both woman have been tasked with tracking down those responsible for trafficking in a monster form of the drug Venom, but Kate’s personal mission is getting in the way.

Kate carries the dying man across the island, remembering how Safiyah would keep order among the warlords. She remembers the peace that the 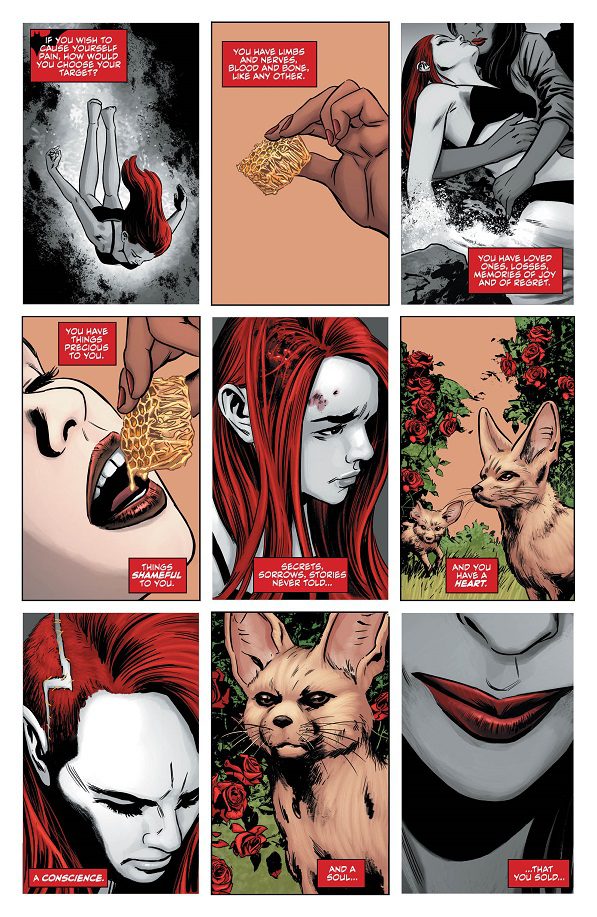 woman kept with everyone and how it all changed when Kate arrived on the island. As she brings the man to the bar that Safiyah used to own, she is attacked again by the assassin. As Batwoman attempts to interrogate the woman during their battle, she is helped by Julia’s drones. The assassin, known as Knife, decides to finish off the hero but is interrupted by the former warlords of the island, forcing her to flee. In the aftermath, Kate learns what happened to the island after she left it and how those changes caused Safiyah to leave as well. As Batwoman attempts to get more information about the corporation that’s buying up the island piece by piece, we see the leaders of the organization meeting with Knife to discuss their plans to kill Batwoman.

I continue to enjoy how this story is unfolding. Everything in the narrative seems to be moving to something both grand in scale, but intimate as well. There is emotional investment in Kate and her actions with a real curiosity to find out what happens next for the hero. Bennett and Tynion IV continue to weave an interesting and captivating story for Kate and the art from Steve Epting helps to enforce the narrative moments that call for changes in tone. The flashback moments are light and fun in contrast to the present day story that seems more stark and shadowy. I continue to be interested in this story and the ramifications that it will have on Kate’s life personally as well as her mission as Batwoman.