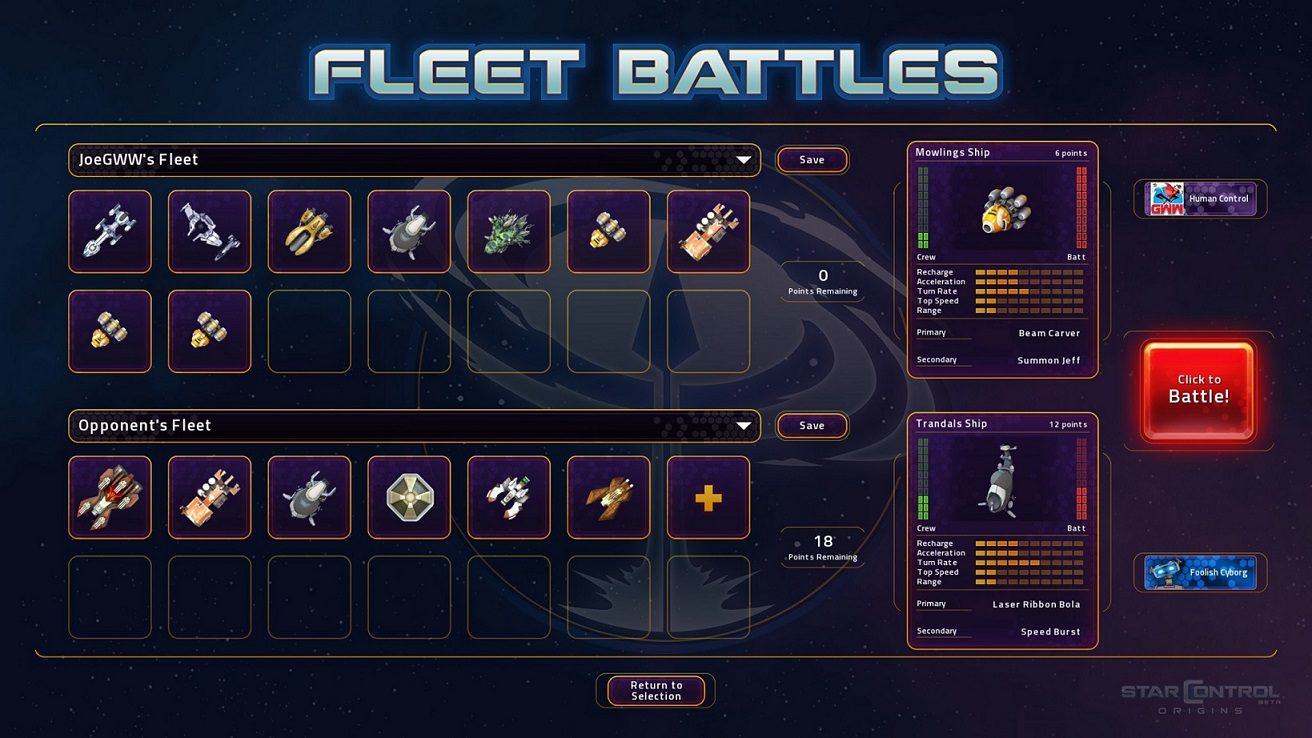 In Fleet Battles, which is the multiplayer component to the upcoming core title (summer, 2018), you build your fleet from available ships (think loadout) and enter into a 1 v 1 battle against the AI or human opponent. To control the ships I used a keyboard and mouse, exclusively. One would think that’s what Stardock expects as they’ve been an underdog in PC gaming for years. They make awesome games, by the way. Fleet Battles has a ton of promise and it’s a killer primer for the upcoming core title. This is the type of fan service you’d expect from Stardock.

Fleet Battles is available for anyone that has pre-ordered the core game, Star Control: Origins, which costs $24.99 on Steam, GOG and the Stardock Store.