When it was announced that Rami Malek would be portraying Freddy Mercury in the biopic BOHEMIAN RHAPSODY the film immediately gained a substantial amount of hype. News about a Mercury pic alone would generate plenty of interest. Now you add in Malek, who’s still riding the success of his television show, Mr. Robot, and you have a potential hit before a teaser of the film has been shown.

Casting Malek to portray Mercury was a stroke of genius. Watching him transform into the iconic rock legend was nothing short of amazing. Malek pours everything he has into this role and commands your attention in every scene he’s in. His performance even carries the slow draggy moments of the movie, of which there are many (more on that in a bit). Don’t be surprised if you see his named mentioned during awards season.

While the movie is entertaining I did find some minor issues with it. The movie opens with Queen about to take the stage for their Live Aid performance. And just as Freddy enters through the stage curtains we’re flashed back to his days working as a baggage handler at Heathrow airport and writing songs as he waited for his ride home. We’re given a brief glimpse into his home life. Living with his parents and attending bars to check out local bands. But, he’s taken a liking to the one he’s watching on this night. A band that ironically just lost its lead singer. So, Freddy introduces himself to the members left, says he can sing, performs a quick audition and just like that becomes the front man for a group that, at the point, is still trying to figure out who they are. But, Freddy, always determined, takes his role as lead singer and runs with it. And just like that Queen is born. 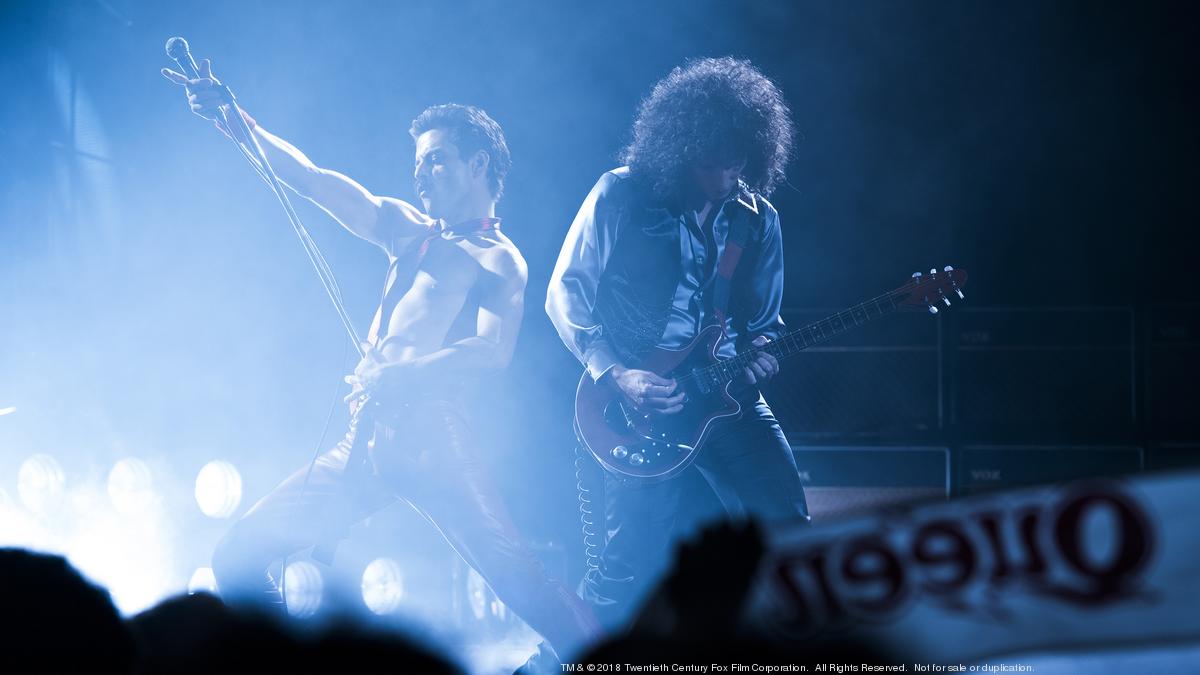 And that’s one of my minor problems with the film. We spend, what felt like five seconds, getting to know Freddy’s backstory. We briefly meet his parents. His mother the kinder and loving parent while his father, the sterner more serious parent who is not happy with how his son is spending his spare time. I found the differences amongst the father and son to be interesting because their relationship partially served as bookends for the movie. In the beginning, we see a displeased father and by the end of the film we see a man proud and accepting of what his son had become. It’s a very touching moment. But, the buildup was minimal. Which is why that moment hits some of the right notes but isn’t a bigger scene than what it could have been.

Instead, that relationship is glossed over, and the first act feels rushed so much that there are parts of the second act that feel draggy and slow. And as I said earlier, had it not been for Malek’s performance, those scenes would have come off boring. The more interesting parts of the second act see Freddy struggle to balance his fame, his sexual lifestyle and the important people in his life. We’re given a look into his marriage to Mary Austin. His best friend who was with him just before Queen took off and who he confided in about his bisexuality. We also get a look into how Freddy’s relationship with his bandmates which, unfortunately, deteriorated due to the influence of Paul Prenter, Freddy’s lover. And ultimately how Freddy and the band members reconcile just before 1985’s massive concert, Live Aid.

While I took issue with how the first and second acts were handled I was pleasantly entertained with the movie. Rami Malek is going to receive a ton of praise for his performance and I can’t say enough about it. He looks, acts and performs almost exactly like the iconic singer. It was a good look into a singer’s life who always felt like an outsider, lived life the way he wanted and didn’t allow anyone to demean his lifestyle. And with Queen, gave us music that will be heard generation after generation.