Brawlout at its core is a simple platform fighting game where you try and knockout your opponent out of the arena.  Sound like another platform fighting game? Yes, it is similar to the great PS All-Stars but it is much more.  Just kidding, not sure if the kids will remember that game but one game for sure that Brawlout is influenced by is Super Smash Brothers by Nintendo.  It is fair to compare the two as Smash sets the precedent for this type of game. It is one of the most played franchises of all time and I think it is a great idea to follow that model.

Angry Mob Games does an excellent job at taking the best parts from Smash and making their own.  The main point is to knock out your opponent by performing a series of combo attacks with simple controls, a normal attack or Special attack. 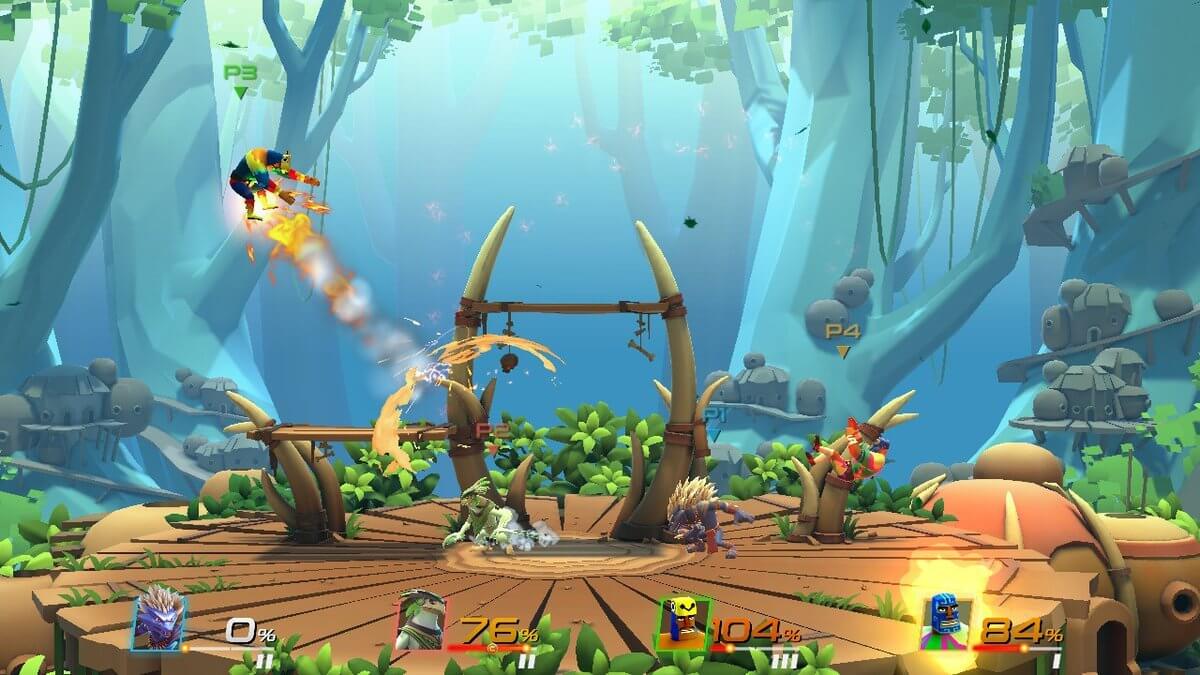 You can dodge, dash, double jump, and perform a special attack for spacing with each character.  There are no grabs or shields however.  You only press one button with and directional, and a jump attack, or a special attack button to combo with attack button to perform attacks but each characters special is diverse enough to make things interesting.  You build up an energy bar that allows you to go beast mode and knock out your opponent with a charged attack easily.   At first the controls seemed difficult to grasp, but once I started treated it like a Smash clone, I started winning matches fast and easy.  Your charge meter increases as you receive and give damage. Sort of like a rage bar in God of War.  I didn’t really like it because if you were knocked out and didn’t use it, it would reset and your opponent would still be charged or charging and you were left at an unfair disadvantage.  The controls are simple and easy to master but I felt the input response isn’t as smooth as Smash, it often had a lag when I tried to double jump onto a ledge causing me to plummet to my death and rage quit.

The Roster, I loved it.  You may not know any of the characters but they all look cool and have different abilities and personalities like Pokemon.  I really like what Angry Mob is doing with adding characters. They have already added “The Drifter” from Hyper Light Drifter, “Juan” from Guacamelee, and one of my favorites, “Yooka” & “Laylee” from Yooka-Laylee.  It appears this is going to be an all-out indie fest and I love it.  Later this year the Protaganist from Dead Cells is making his debut in an update as well.  There are a total Nine fighters to pick plus fifteen echo fighters that can be unlocked by opening different Loot Pinata’s. Yes Pinata’s, or by mastery there respected character.  To master a character you must battle with it several times and earn XP.  Didn’t take that long for me to master at least three characters by beating the beginner story and dominating a few online fights. 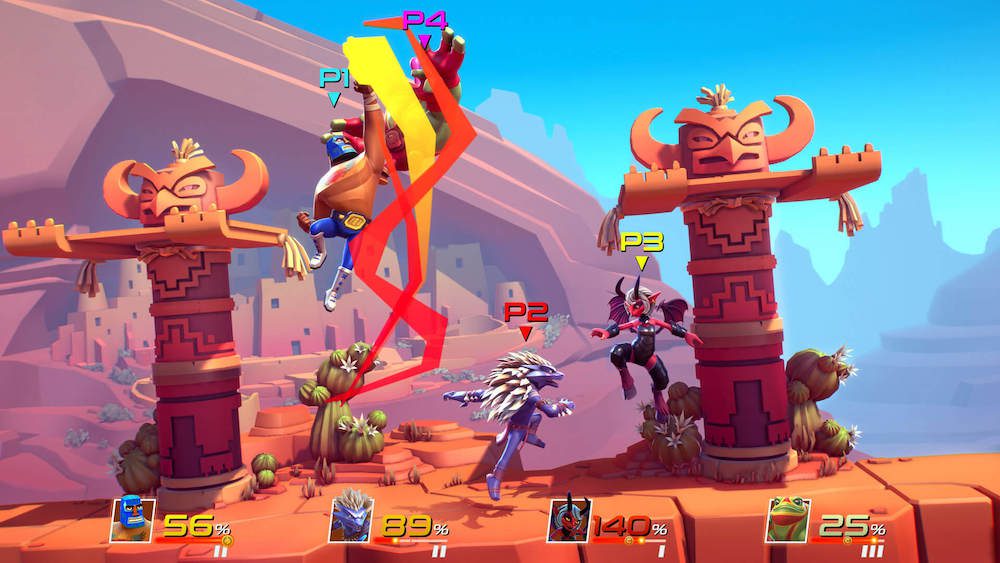 The Story consits of three Mortal Kombat looking towers to climb depending on difficulty.  The Beginner one is just a one on one to the top followed by a surprise boss battle where you must defeat a character and echo’s.  The middle and expert towers increase in difficulty and add fighters to the battle that you have to defeat to advance. The task was not easy at all save for the beginner tower.

You can buy Loot Pinata’s as mentioned earlier, to unlock cosmetics for your character, unlock different skins, or unlock emotes and knockout trails.  I like this method because it drives you to want to fight for a purpose instead of just for glory.  The different echo fighters a slightly different special to make you want to earn it and the only way to earn that echo is to master the base character.  The emotes are just a little speech bubble above the characters head so I was pretty disappointed in that but the character variants are worth the energy to continue fighting. 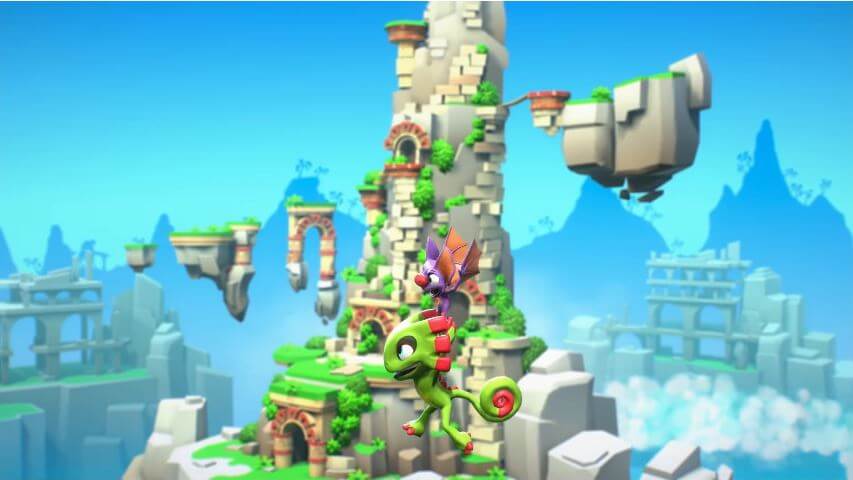 The game is overall great and polished and the future looks bright for it but there are some small concerns.  One is that the load times are atrocious. It took like 20 to 40 seconds to load some fights. Enough for me to open up Instagram and creep on someone between fights.  The lack of content in the story mode is a concern as well. We don’t know much about the characters as is, save for the DLC ones, and they say little at the beginning of each fight to understand whats going on.  If you beat the game with a character it does highlight somewhat what they are there for but not much.  I liked Yookla-Laylee’s ending the best.  The Emotes are super bland and are pretty difficult to unlock as it is through a random Loot Pinata.  You get little currency after each fight depending on how you did but it takes a huge amount of grind to obtain even a simple emote.  Other than those things which can be fixed, I loved the overall experience.  The fighters are dope, unique, and fun to use. The controls are easy, clean and quick to master enough for you to find a rhythm.  The stages and music are really nice as well.  Nothing too special but the selection is enough for a pleasant experience.  I recommend getting this game for the couch co-op or online experience, if you are looking for a deep story then you will be disappointed.  The $20 dollar price tag is perfect for the content and fun.