GWW spoke with Chin Han to discuss his upcoming role as Togusa in the film Ghost in the Shell. Chin Han’s credits include, but not limited to, Marco Polo (Netflix Series), Independence Day: Resurgence, Captain America: The Winter Soldier and The Dark Knight.

Han’s upcoming film, Ghost In The Shell is an adaption of the popular manga and anime created by Masamune Shirow.

In the near future, Major (Scarlett Johansson) is the first of her kind: A human saved from a terrible crash, who is cyber-enhanced to be a perfect soldier devoted to stopping the world’s most dangerous criminals. When terrorism reaches a new level that includes the ability to hack into people’s minds and control them, Major is uniquely qualified to stop it. As she prepares to face a new enemy, Major discovers that she has been lied to: her life was not saved, it was stolen. She will stop at nothing to recover her past, find out who did this to her and stop them before they do it to others. 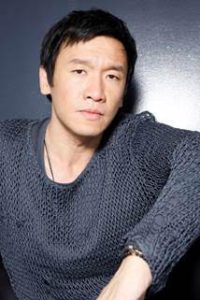 GWW: What attracted to you to the film?

Chin Han: I have been a big fan of anime, not just anime but graphic novels as well, growing up. It didn’t matter which side of the Pacific it came from, I was always happy to partake in some Alan Moore or Frank Miller as much as I was happy to read Ghost in the Shell or read the anime’s at the time like Akira. I had a great love for that kind of literature and so, when the the option came up to play in the movie, I was excited to be a part of it. Especially the role of Togusa, that was icing on the cake for me.

GWW: As one of the protagonists, your character, Togusa, has been featured in many of the Ghost in the Shell films and manga throughout the last couple of decades. With all the content available, which were included to prepare for your role?

CH: Shiro’s manga is so dense, you can get lost in it, and lost in the thought and philosophy. For me, my entry point for Ghost in the Shell was the original film. I truly fell

it love with [Mamoru] Oshii’s anime. It’s was so provocative in so many ways. That was my entry point into the canon of Ghost in the Shell. My idea that came to mind was that version. I am very fond of Stand Alone Complex as well. The thing about him is that in all the iterations, doesn’t matter if it’s the manga or anime, he is human, he has a family, wife and a daughter. I think that makes him uniquely positioned to be the human voice of Section 9. That would be how I saw Togusa when I approached the role. It’s an interesting role to play because he has to approach every pace different from the rest of the group. As a human, he doesn’t have the enhancements as the other members of the groups so he can’t approach things the way they do. He has to approach them smarter, because he is weaker in terms of physicality. Also, they deal with cyber terrorism and he isn’t connected to the web like the rest of them are so he isn’t the subject to the kind of hacking that can happen to others.

GWW: Did you have a favorite story or moment in the Ghost in the Shell universe?

CH: The anime has some iconic moments, which you will also find in the live-action movie. The interrogation scene that happens in Oshii’s movie where the dumpster driver is questioned about his family and his daughter. I quite liked that scene, it was emotionally resonating film for me. When he starts to realize that his history and memory might not be what he thinks it is. All the scenes that I like in the canon tend to have that feeling. I remember a scene in [Kenji] Kamiyama’s Stand Alone Complex, which was quite similar. The whole episode almost didn’t have Section 9 in it at all. It was about a driver driving around town and was oblivious as to what was real and what wasn’t. I thought it was really poetic. It deals with all the issues Ghost in the Shell as a whole deals with. What is your Identity? How do we define memories? How do we define other people’s memories? Now that we have access to other people’s memories through Facebook or Instagram, it’s very easy to plug into someone else’s life in today’s age which begs the question, “Who really are you? Which are your real memories? What is your identity?” 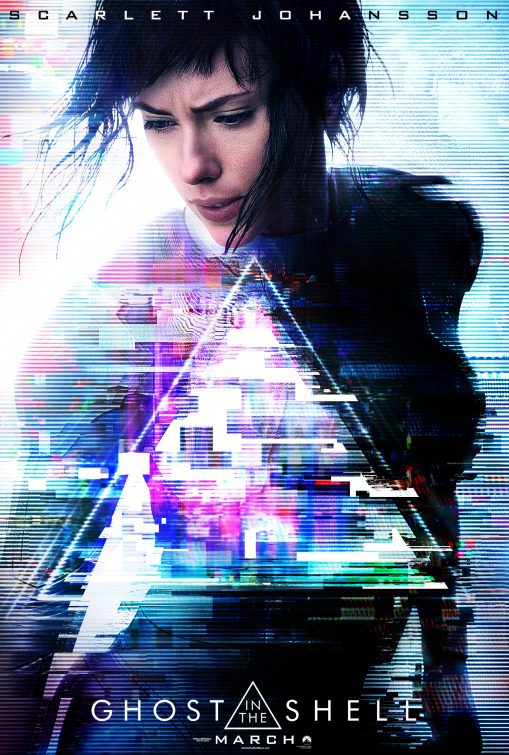 GWW: That’s one of the many reasons I am excited for this film. For those familiar with the series, Ghost in the Shell does include a heavy philosophical background and I am excited to see that translated to film. I do believe it’s just as relevant as ever.

CH: That’s the curious nature about Ghost in the Shell. All the themes are still very current. It’s like a living thing. The canon, from the manga, the anime film, animated series, and Arise. We now have video games. We now have a play in Japan as well. It is just constantly evolving thing like technology is. The channel is constantly growing. I am hoping we will be adding one more iteration to the franchise.

GWW: What were some of the challenges of bringing this character and this story to the screen?

CH: I think it can be a very physically grueling role. I think people don’t realize it but Section 9 has to function as one unit. What happened a year ago when I landed in New Zealand, we were training together as a unit. We were training as long as we were shooting. We were undergoing physical conditioning and tactics. Another thing was that the rest of the team had military training but Togusa was from the police department, so I carry a gun differently. We even raided rooms differently. The basic formations are the same but the way we go about doing things are different. That training was tough, but by the time we finished with the movie in Hong Kong in June, we were like a family. I remember one of the stunt guys came up to us when we were laughing and talking and was like “You guys have been together for six months and you still have things to say to each other?” Which was true, we were so close together and trained every day. When we weren’t shooting, we were training. That was the challenging part of the shoot.

GWW: They have done a good job keeping your character along with a few other characters under wraps in the trailer. I did see 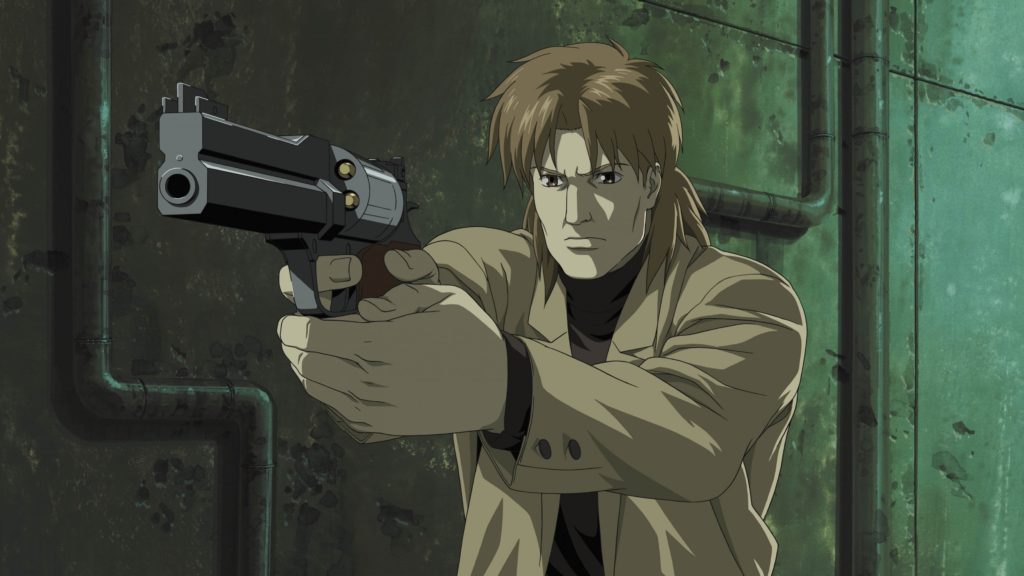 a photo released this week from the official Ghost in the Shell Twitter that provided a better look at your character. What was the process like when coming up for the look of Togusa? The Togusa we are used to seeing rocks a mullet.

CH: Yeah, it was a very collaborative effort. We spoke with Rupert [Sanders] and make up, hair and costume designers. I think what we wanted to do was capture the spirit of the character but at the same time, wasn’t a literal translation from anime to real life because sometimes what works on page doesn’t quite work in the medium of film. I do have a mullet, which I like to reassure all fans of Ghost in the Shell. It’s a healthy mullet. I enjoyed wearing it for the duration of my shoot which was about 5 or 6 months. It did make going out on weekends a little harder around Hong Kong. It is a very unusual look but I loved it. Three things that are important about Togusa that we wanted to nail: the mullet, the Mateba, which is used quite predominately throughout the film, and his outfits. He goes tactical from time to time but he has his suits and skinny tie, which I really enjoyed wearing.

GWW: Do you have a favorite manga or anime that you would like to either star in or see adapted to the big screen?

CH: Besides Ghost in the Shell, I’ll have to say Akira. It’s too bad I’m not of the age to play Kaneda or Tetsuo but I’m still up for Colonel Skikashima. I would love to play that. Akira and Ghost in the Shell are two amazing works of art.

GWW: Thank you for chatting with us.

CH: Thank you and I hope you enjoy the film!