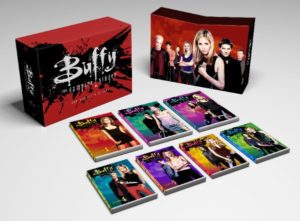 The teen years can be brutal. Especially when you’re Buffy Summers (Sarah Michelle Gellar) — a Sunnydale High School student destined to slay supernatural, blood-sucking baddies instead of hanging out at the mall. Over the seven seasons of this thrilling, witty show, Buffy struggles to maintain allies in the fight against evil, while also engaging in on-off romances with a moody vampire (David Boreanaz) or two (James Marsters). Now you can own this 39-disc set containing all 144 episodes of one of the smartest, funniest, most action-packed series ever to slay on the small screen — also starring Alyson Hannigan, Anthony Head and Nicholas Brendon. 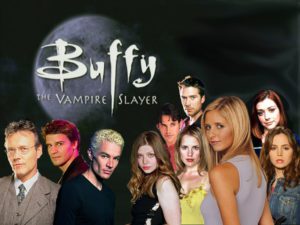 Have you seen this:
TENOCH HUERTA CAST AS NAMOR IN BLACK PANTHER: WAKANDA FOREVER

Look for the boxed set to hit stores September 19th.