‘CALL OF THE WILD’ (REVIEW) 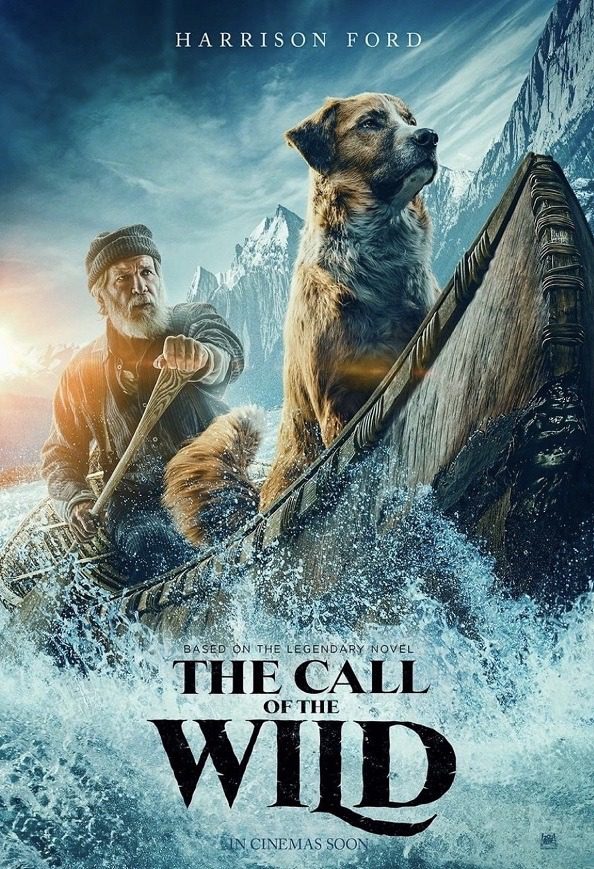 There’s something about films set in the wilderness that begs for the presence of a big name movie star. The American frontier is awe-inspiring, and it takes the presence of someone like Robert Redford in Jeremiah Johnson or Leonardo DiCaprio in The Revenant to match it.

There are few movie stars who can still light up the screen quite like Harrison Ford. Even when he isn’t donning the familiar jackets of Indiana Jones or Han Solo, Ford is one of those actors whose very presence is something that commands attention. In a film like Call of the Wild, his star presence is practically a necessity. His most frequent companion is a canine who doesn’t talk.

This brings us to a conundrum that Call of the Wild presents: the dog itself. Buck is brought to life with CGI. He’s an impressive creation that possesses expressive eyes, realistic fur, and fluid movement. But his existence left me wondering why the filmmakers did not go all in on making Call of the Wild an animated film. When Buck is on his own or with his fellow CGI animals, he’s entirely believable. It’s when he interacts with his fellow humans when the illusion starts to falter. Buck’s expressive eyes and movements adjacent to humans serve to highlight his artificial nature. Here, he feels less like a marvel of computer technology and more of a cartoon character.

Have you seen this:
Department of Truth # 3 (REVIEW)

While Jack London’s novel would certainly work well as a CGI cartoon, it was certainly not cartoonish. It unflinchingly depicted the cruelty of nature, the brutality of humans, and the violence that animals could inflict on one another. A film that took inspiration from the likes of Princess Mononoke or even Watership Down would have been a more than suitable medium for it. Instead, while Call of the Wild is assisted by its beautiful cinematography and Harrison Ford’s energy, it feels languid without the novel’s contrasts.

In the end, the contrasts that Call of the Wild does offer are the wrong ones. Rather than the divide between the brutality and beauty of nature, we instead see the divide between human and computer animation. Even when we have the most state of the art CGI in the industry, it still cannot hold a candle to the charisma of a movie star. As a result of being neither fully CG or fully live action, I found myself unable to be wholly invested in Call of the Wild beyond its technical achievements. It’s a beautiful-looking film, certainly, but one without much dramatic heft.

Have you seen this:
COME AWAY (Review)
2020 20th Century Pictures Call of the Wild Harrison Ford