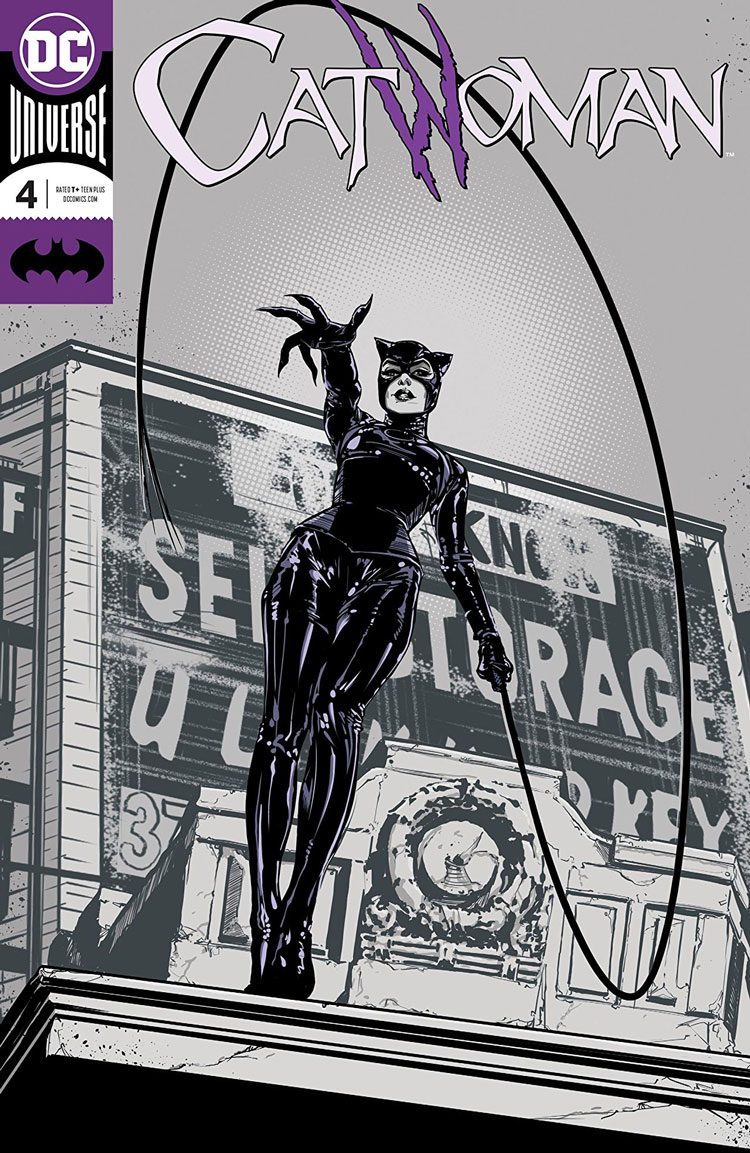 With her time on Tom King’s Batman run and through the first three issues of her own series, Jöelle Jones has left an indelible mark on the character of Catwoman. In a surprising turn, though, Jones cedes artistic duties to guest artist Fernando Blanco for most of this issue. This issue moves between Selina’s reunion with her sister Maggie and flashbacks to earlier days in their lives and relationship. Blanco is responsible for drawing the flashbacks which make up the majority of the issue.

Jones’s Catwoman (both character and series) is so clearly defined that seeing a different art style, along with a few different iterations of Catwoman, is a jarring experience. Impressively, though the art and color scheme changes the mood remains consistent with the rest of the series by centering the flashbacks on particular traumas in the girls’ lives and relationship. In these flashbacks, Catwoman looks different but it’s clear that this is still Jones’s Catwoman.

As with previous issues, Jones uses body horror here as a way of signifying internal trauma. Unlike the previous three issues, this issue focuses on Maggie’s trauma as opposed to the traumas in Selina’s life. Maggie’s trauma is partly due to choices Selina made making their reunion in this issue complex and moving. Selina knows that she is responsible for so much of her sister’s trauma, but she has no one else left to go to in moments of desperation and loneliness.

Readers familiar with some of Catwoman’s backstory will be delighted to find callbacks to earlier stories and iterations of the character. Readers new to Catwoman will be delighted to find that Jones never lets the flashbacks stray too far from her own understanding of the character. She is also sure to give just enough information to catch up those whose first time reading Catwoman is this series.

The draw back from spending so much time with flashbacks is that the present day story involving the Creel family is left on the back-burner for much of the issue. For this reason, the issue feels like it’s about setting up the stakes for future issues. Issues like this are necessary and it is helpful to finally understand why Selina chose to run away to the place she did, but it still left me wanting more–a month seems too long to wait to find out what will happen to Selina and Maggie.

I appreciated the work from Blanco and colorist Kalisz but I’m hoping issue five gives the spotlight back to Jones and Allred. It is a testament to their brilliant work that biggest critique of this issue is just wanting more from them. Catwoman #4 leaves so many questions unanswered. I can’t wait to see how Jones sets about answering them.

Have you seen this:
Batman Catwoman #1 (REVIEW)
Catwoman DC comics