A few years ago I wouldn’t have enjoyed this game.  My initial apprehension to the Cobra Kai series, the basis of this game, stems from the fact that as a child of the 80s I have seen this too many times before.  A beloved franchise, in this case the Karate Kid, being treated like the good doctors monster.  I would often look on as attempts were made to reanimate a franchise, to retrieve any remaining portions of life that may be left.  Too often much like Mary Shelly’s tale, what eventually emerged was a monstrosity.

However, it seems the developers of the Cobra Kai game recognized what the series was able to accomplish.  Recapturing the times in which the original Karate Kid was created, Cobra Kai has a nostalgic touch that makes for an enjoyable game. 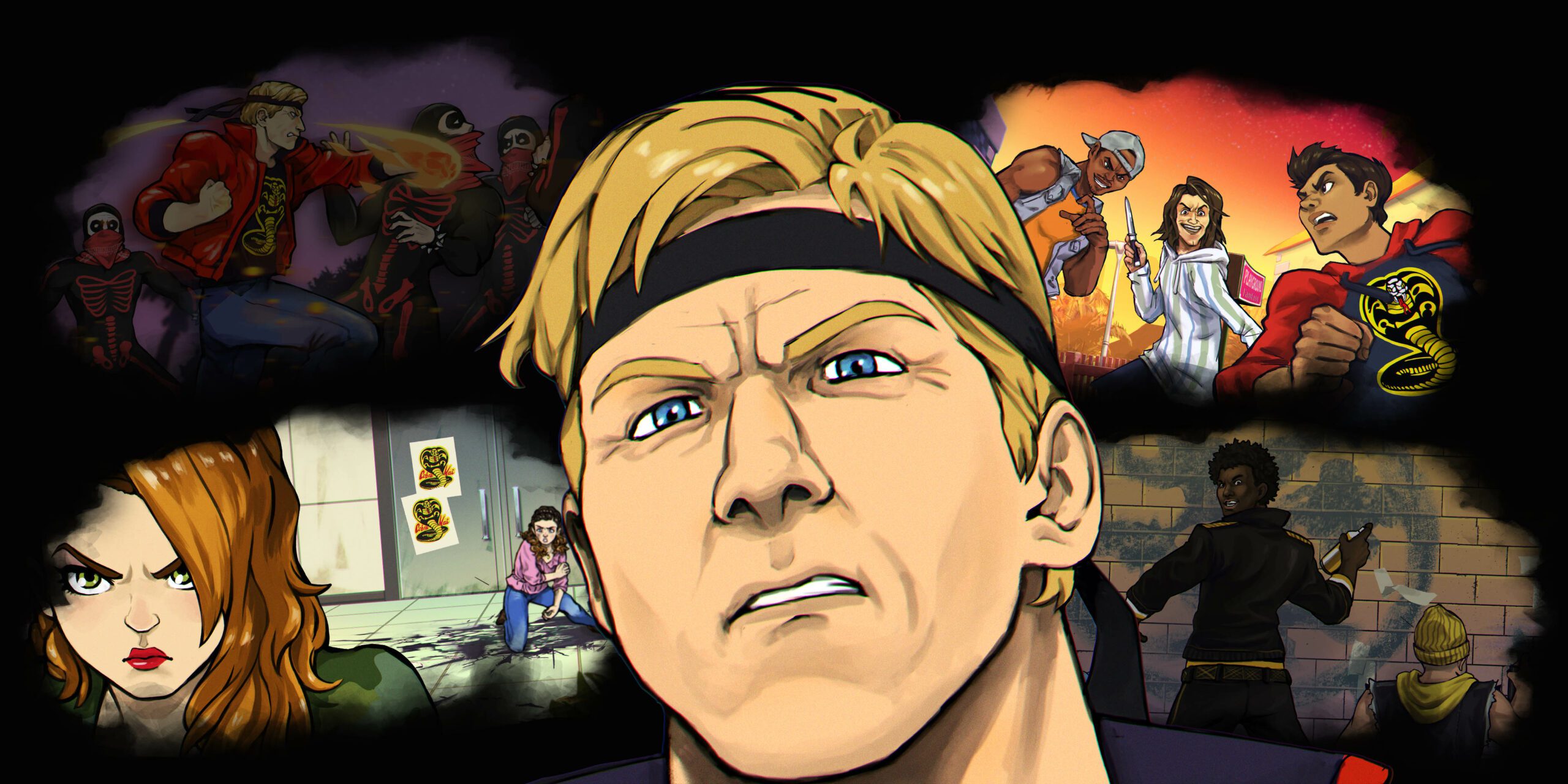 Cobra Kai: The Karate Kid Sage Continues game is related to events taking place in the series.  Originally airing on YouTube Red the series is now on Netflix.  Johnny Lawrence and Daniel Larusso find themselves older, now instructing a group of teens based on their varying disciplines.  For Daniel-San it is Miyagi and the principle karate is for defense.  Mr. Lawrence teaching the rules of Cobra Kai, strike first…strike hard…NO MERCY.

Wisely choosing to avoid a familiar trap that befalls games based on other media, Cobra Kai stitches the game story into the series.  Having watched the show I would say it sits between the ending of season 1 and start of season 2.  The story in the game doesn’t disrupt what we’ve already seen in the series.  Rather, by choosing this route I enjoyed experiencing a story about a franchise that didn’t disrupt the continuity.

Cobra Kai: The Karate Kid Sage Continues follows a dual storyline.  Players choose to fight for either the ice unleashing Miyagi or the fire weilding Cobra Kai dojo.  Each dojo consists of four players.  The developers chose to focus on only a few of the protagonist/antagonist stories from the first two seasons.  This helps give the game and roster a balanced feel, each character feels like they belong in this story.  For Miyagi, players can choose to play as Daniel, Sam, Robby and Demitri.  Cobra Kai dojo offers the option to play as Johnny, Miguel, Tory and Eli(Hawk).

Whichever dojo you choose the story unfolds in similar fashion.  A mysterious note is left causing either Sam or Miguel to believe the other wanted to meet them.  This is one of many nods to a plot from the series that fans such as myself will enjoy.  This of course is a setup, revealed when either Daniel or Johnny show up to help their student.  It doesn’t take long before the clues lead them to believe the other sensei and their students are behind this setup.  What follows is an journey around familiar Los Angeles locations from the movie and show attempting to discover who is truly behind all these events. 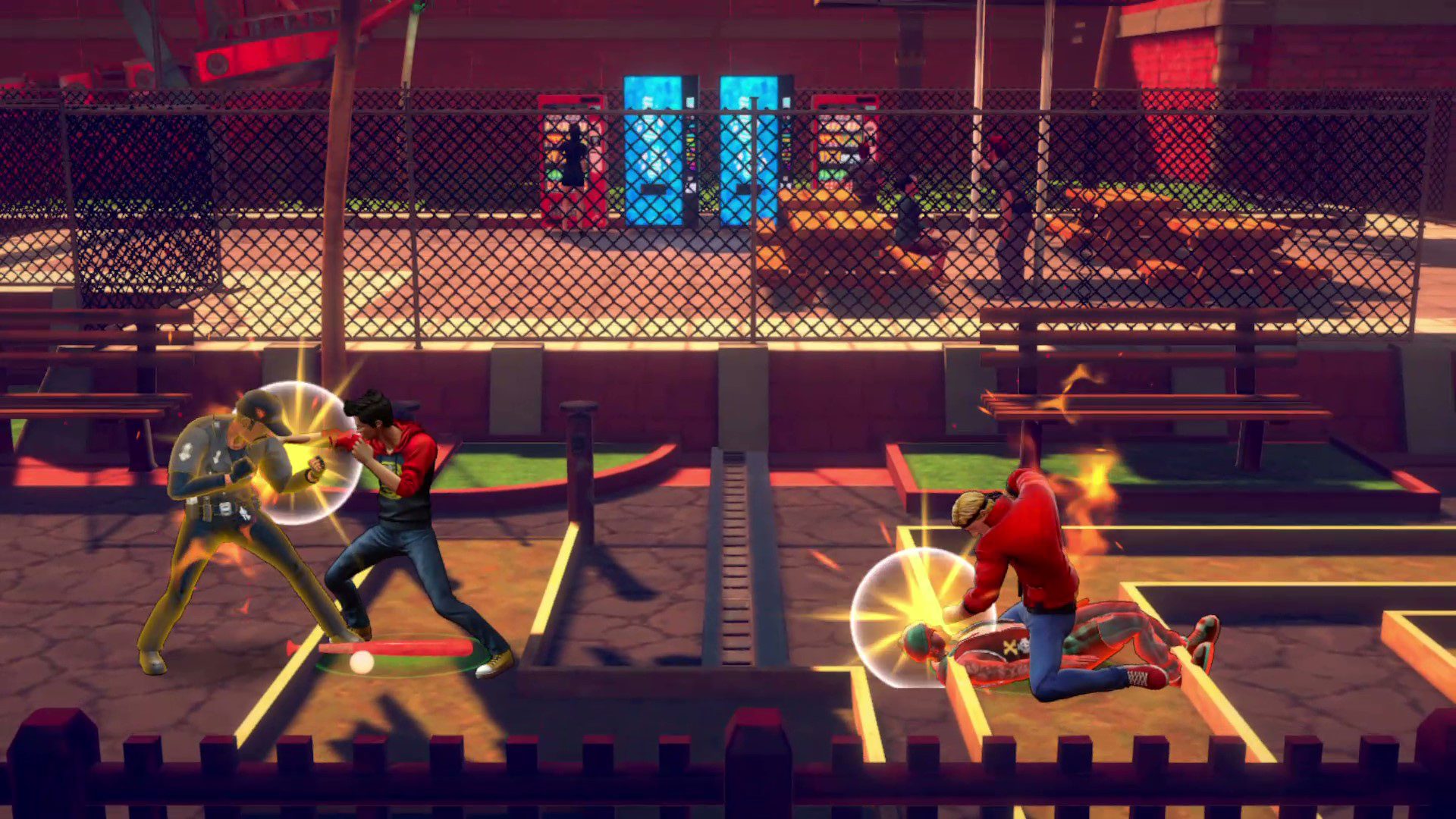 The enemies you encounter come in the form of various “adversaries” the characters have encountered throughout the years.  A skeleton crew, a posh soccer mom who calls in her polo wearing (w/popped collars) sons.  It was funny to witness these nods to things that have occurred on the show, like Johnny’s displeasure with hippies.  Each enemy has various tactics/moves and weaknesses.  The game is great about providing this on screen when a new foe type is introduced.

Choosing to step up to protect their dojo, each team brings their best karate to the streets as they make their way to a final showdown.   In addition to standard kicks, punches and blocks, my character could pick up items such as bats and bottles.  The environment also becomes a weapon as you are able to dump enemies into dumpsters or use them as free throw practice.  Whenever you find yourself overrun with enemies you have the ability to tap into additional karate skills acquired and upgraded by making purchases in the dojo.

Cobra Kai is a classic beat-em-up if I’ve ever seen one.  Elements like side scrolling view, player swap options and co-op reminded me of classics like Double Dragon and Bad Dudes.  It definitely measures up in terms of controls and atmosphere to these nostalgic games.  Cobra Kai would have been a perfect addition to Golf ‘n Stuff or any arcade.

Cobra Kai goes steps beyond these classics in a few ways, mixing a little bit of the old with the new.  Character and Dojo upgrades give the game an RPG feel.  Character upgrades are enhancements to the individual characters moves while dojo upgrades carry over to the whole team.  This was a nice step up to the traditional beat-em-up.  Upgrades are purchased at your dojo using coins collected from the enemies you defeat and the score you receive at the end of each level.

The fancentric details the developers put into the game are great.  Already appreciative of the handling of the shows plots, this care carries over to the game in other ways.  I noticed while playing how the controls felt differently when Johnny walked versus Sam.  How Daniel really felt like I was a fighting in dress pants, while Tory moved in an entirely different manner.  Character upgrades also highlight each characters individuality.  Bad boy Hawk unleashing a fire hawk (obviously) and Demitri’s ice knight are clear examples of this.  This made me feel there was a consideration made to avoid just a bunch of cookie cutter characterizations.  The dialogue was in character and helped tremendously by having the actual actors voice their parts. 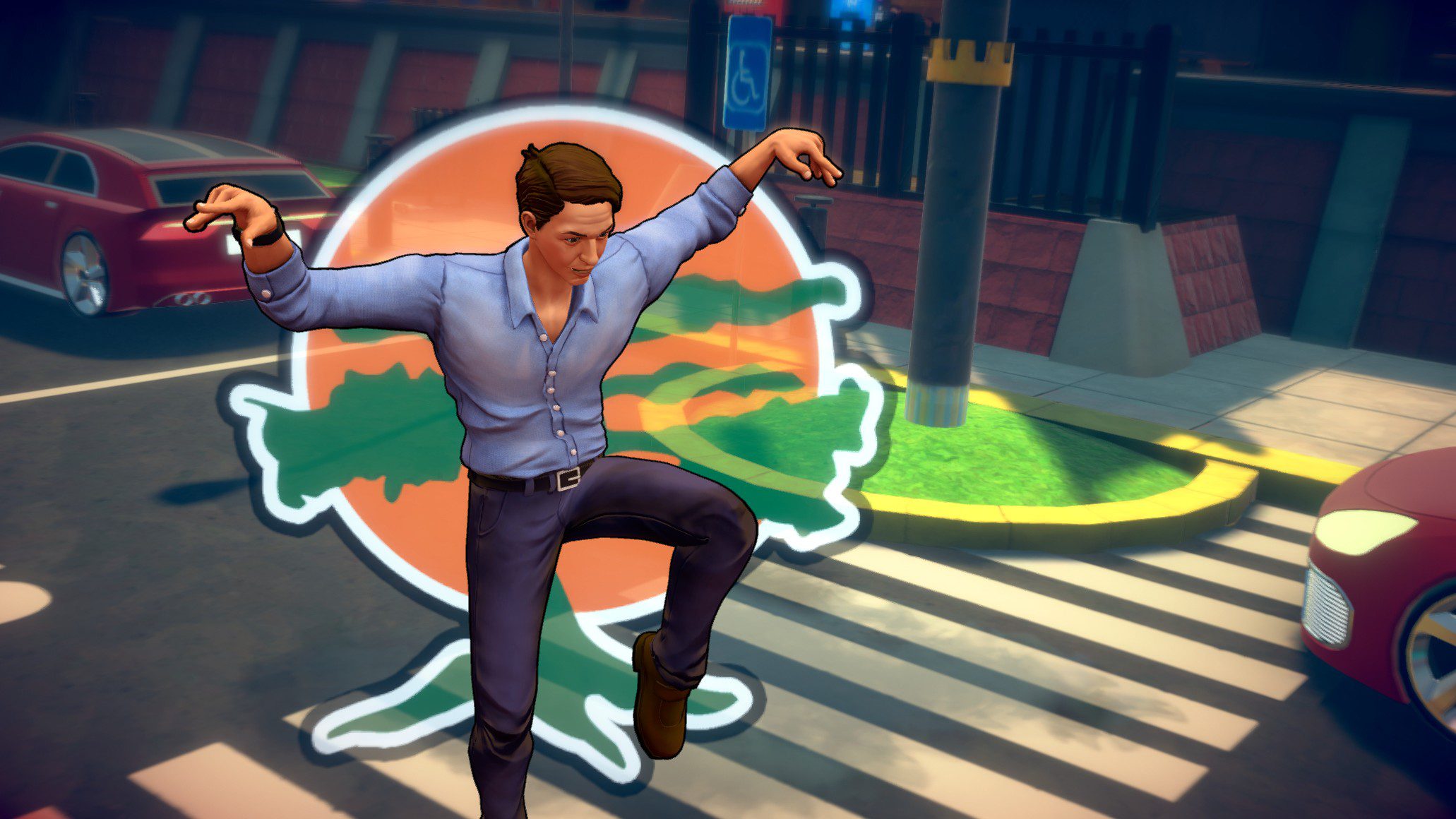 Cobra Kai: The Karate Kid Saga Continues takes a traditional formula and introduces a few new techniques to avoid being just another repeat.  Each area was unique, the graphics and sound fit the games tone.  Old meets new.  Comical moments like the environmental attacks or sending your assailant flying towards the screen never got old to me.  The game isn’t difficult but it is more than simply a button masher, scoring a No Mercy does take focus.

Available on: XBOX ONE, PS4 and Nintendo Switch

cobra kai karate kid netflix nintendo switch ps4 xbox one
Are you an Insider?News, reviews, & updates are just the beginning.