Collect-a-thon return with a chamaleon

Miss the days of Banjo-Kazooie and Conker’s Bad Fur day? Then look no further because Yooka-Laylee is on track to make it’s mark on the world in 2017. At E3 this year, Yooka-Laylee showed beautiful clear images of the game play. This game has modern day graphics while keeping N64 platforming game style.

The games collectible coins known as Pagies will advance you to the next level. You can collect these by flying with the purple bat known as Laylee and dashing with Yooka. Other game play features are getting abilities such as ice power. With ice, you can freeze water and skim across it!

Fans of the game who played it at E3 d 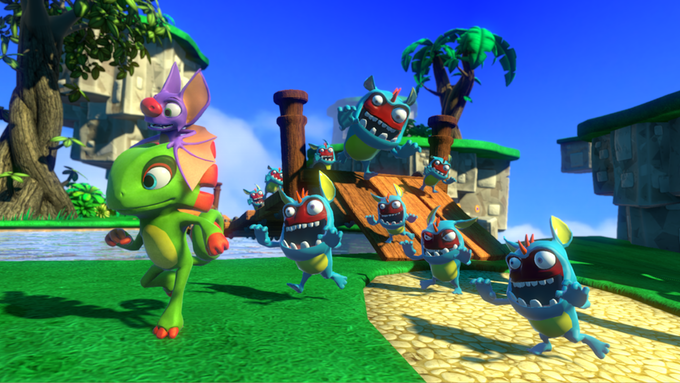 escribed the world as large, larger than collect-a-thon games of the 90s. Those who played also raved about it’s comedic cut scenes.

The game started as a Kickstarter nearly 3 years ago and now you can find game play videos of the demo on Youtube. The game will be released on PC, Xbox One, PS4, and Wii U.

Have you seen this:
Djinn Hunter Issue # 1 Is Now On Comixology