CORROSION OF CONFORMITY To Kick Off US Mini Tour With Danzig. 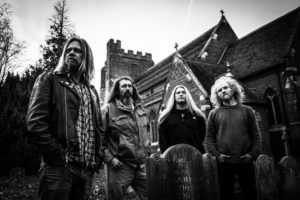 As a precursor to their run with Danzig, CORROSION OF CONFORMITY will play Psycho Las Vegas this weekend at theHard Rock Hotel And Casino in Las Vegas, Nevada alongside the likes of Mastodon, Swans, The Murder City Devils, Cult Of Luna with Julie Christmas, and so many more. The following week the band will make their way to the Wolf Den at Mohegan Sun in Uncasville, Connecticut. See all confirmed dates below.

CORROSION OF CONFORMITY:
8/20/2017 Psycho Las Vegas @ Hard Rock Hotel And Casino - Las Vegas, NV
8/26/2017 Mohegan Sun Wolf Den - Uncasville, CT
w/ Danzig:
9/07/2017 Hampton Beach Casino Ballroom - Hampton Beach, NH
9/08/2017 Electric Factory - Philadelphia, PA
9/09 /2017The Wellmont Theater - Montclair, NJ
9/11/2017 The Paramount - Huntington, NY
9/12/2017 Artpark Amphitheater - Lewiston, KY
9/14/2017 Agora Theatre - Cleveland, OH
9/15/2017 The Fillmore Detroit - Detroit, MI
CORROSION OF CONFORMITY has been diligently working on their follow-up to 2014’s IX offering. Helmed by longtime producer John Custer, who’s recorded such prior COC classics as Deliverance, Wiseblood, America’s Volume Dealer, and In The Arms Of God, the record will mark the band’s studio reunion with vocalist/guitarist Pepper Keenan and their first full-length record together since 2005.
CORROSION OF CONFORMITY emerged from hibernation as a trio and released 2012’s self-titled album and 2014’s IX to wide acclaim, but many fans have been eagerly and patiently awaiting the return of Keenan.
Have you seen this:
The Gods Get a Face in Shazam 2
Corrosion of Conformity metal monday