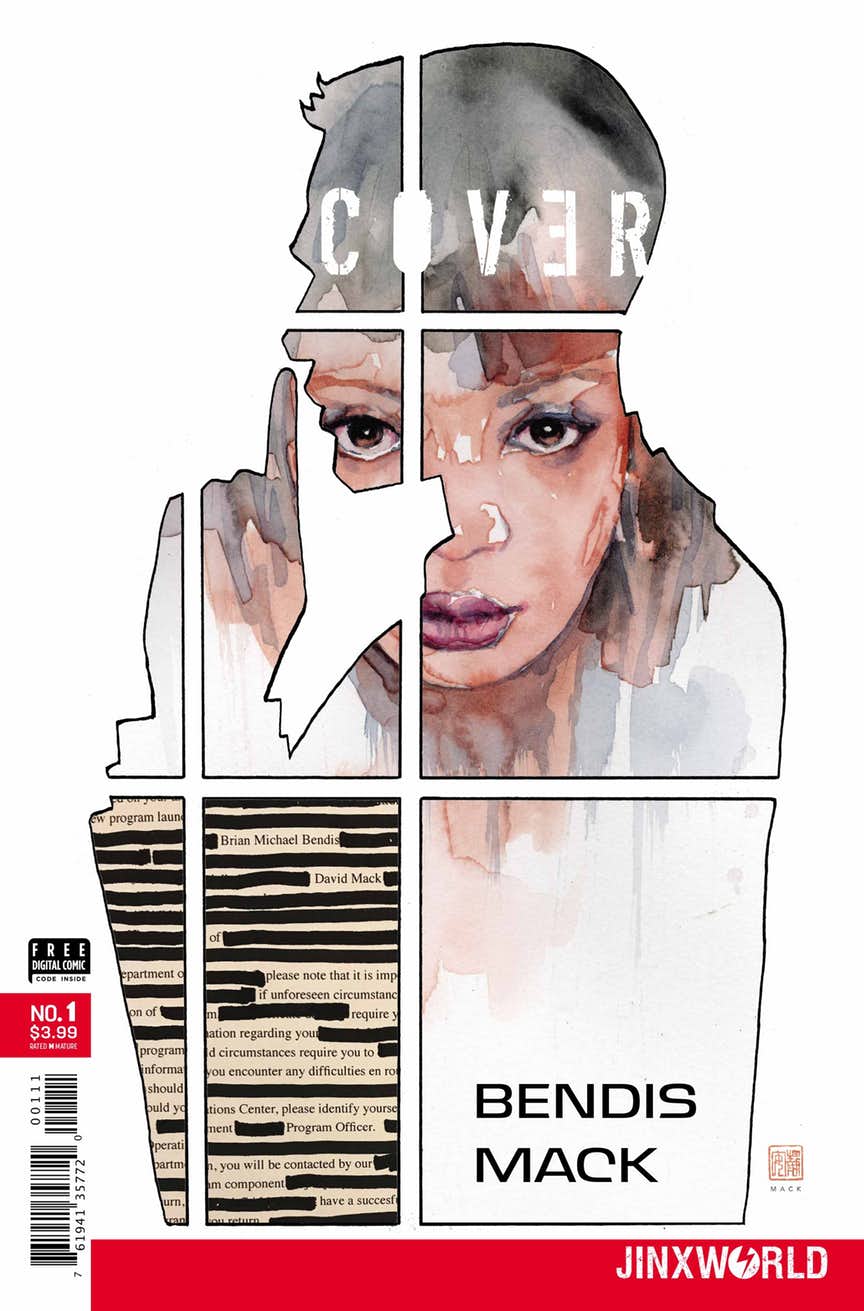 Max is a comic creator who finds himself involved with Julia, a mysterious woman who claims to be a spy for the CIA. Now Max finds himself in a strange web of intrigue that takes him to the far-off lands of Istanbul where his International woman of mystery awaits.

This series is part of the Jinx World brand of creator-owned titles that DC has agreed to print when they brought Bendis on board to reinvigorate the Superman line. Cover takes place outside of the DCU so if you’re expecting to see some JLA or other familiar faces then you’re going to be disappointed.

The story carries Bendis’ usual brand of smart, quick dialogue. The series begins by blurring the lines of the creator and his creation; the story is about a comic creator getting tangled up with a spy after all, and it’s not hard to imagine that this was a concept that Bendis cooked up while doing a meet and greet at any random convention. I can imagine the shiny-domed writer sitting behind a card table waiting for the next fan-boy in line and just praying that something exciting would happen to break up the monotony.

While the concept and plot is not new, the mistaken spy is a tale that’s been around in storytelling for a long time, it’s interesting to see the fourth wall being flirted with so heavily during the narration. You can almost see Bendis winking at you through the panels. He is an accomplished writer and this setting and character are cardboard cut-outs for his simple flight of fantasy. This is a Bendis daydream that he has kindly allowed the audience to join in.

David Mack provides the visuals on this title and while it’s a treat to see these two world-class creators working together; Mack’s art doesn’t seem to be at its best. There are panels and pages where the style and detail cut out so badly that the change in style is jarring; while this method is used to denote a change from reality to seemingly unreal, it ends up removing the reader from the tale. Mack is known to be an unorthodox artist, but here it seems to be a bit too much.

Cover #1 comes off as a vanity project from Bendis. Maybe the famed writer is waiting for a cryptic woman to come along and whisk him away to parts unknown. This whole project could be nothing more than the daydream of a brilliant mind. But that statement could be true of the creator and his creation. It’s hard to know where Bendis ends and his main character Max begins.