CRY MY NAME consists of five young guys from Kiel in the north of Germany. Their songs reflect their passion, no matter if you hear it live or on record. CRY MY NAME are dedicated to metalcore. Typical for CRY MY NAME are melodic earworms matched with bombastic riffs, breakdowns and a good mix of screams, growls and clean vocals. Their previous album Elements which was released in April 2014 got enormous feedback from relevant metal and hardcore magazines. After that they promoted the album on a German tour. 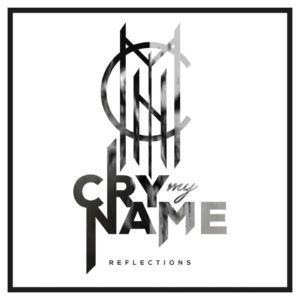 At the beginning of 2016 they entered Blastbeat Productions to record their new album Reflections, which was mastered at Pitchback studios. The sound they got is amazing. Afterwards they played numerous shows. The highlight in 2016 was a slot at the With Full Force Festival. CRY MY NAME and five other bands were voted out of more than 300 entrants to perform at the Metal Hammer Stage.
Reflections reflects the diversity of CRY MY NAME‘s musical influences. The band offers 10 varied tracks that show a unique flair for composing great music.
Track List:
1. Patience
2. Changes
3. Restless
4. Backbone
5. Recover
6. List
7. Castles
8. Reflections
9. Relentless
10. Awakening
CRY MY NAME have released the official video for “Recover,” a track from forthcoming album Reflections. Here it is:
Have you seen this:
Elvira's 40th Anniversary Special