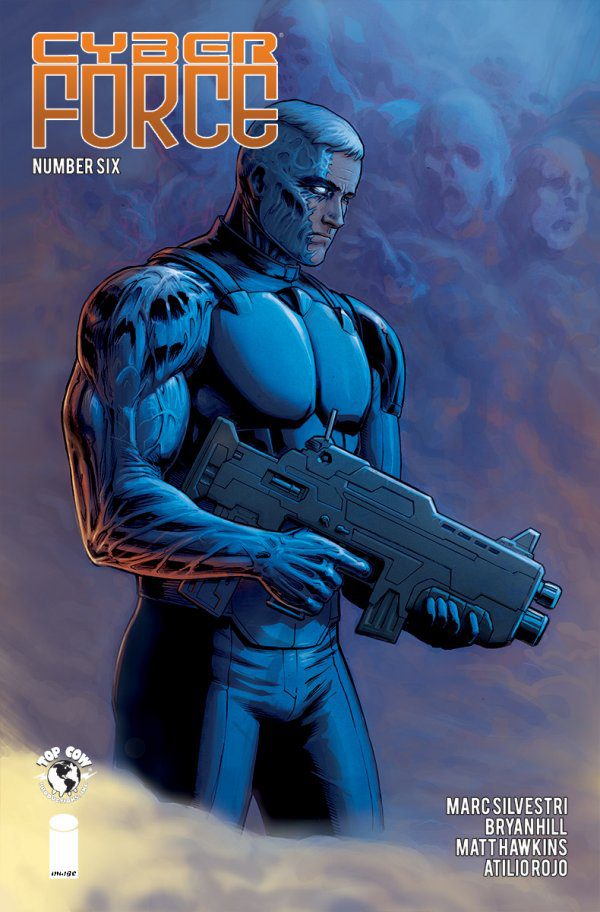 We have another new of Cyber Force and this time we not only get more of the mercenary we were introduced in the last issue, but Aphrodite, Morgan, and Carin are also back in this issue. We also learn that the mercenary codename is Ripclaw, a bit on the nose but fitting nonetheless. Besides, codenames are all a part of the fun in comics. The meeting between Ripclaw and everyone doesn’t start too well as they end up having a bit of a small fight right when they meet. This couldn’t have been helped though due to how Morgan went and decided how the conversation was going to start.   It seems that Morgan wants to recruit anyone that had been experimented on by the company Cyberdata. Carin is a bit at a lost right now trying to believe the company that saved her dad’s life is the evil behind everything.

She’s still naïve in things but not stupid. She’ll learn quickly about who the real enemy is. Aphrodite shares why she wants to find them and it calls back onto how she was created in an earlier issue. Ripclaw just seems to want to be left alone and just survive the best he can, but there’s this part of him that he can’t control when it comes to helping people. We have a new villain to focus on also which I assume is only going to be just for this arc as it ties more into who is in control of the Tech Cartel and we know once that’s over, the team will want to continue on to take down Cyberdata.

I find the art team really delivers in this series. Things like subtle facial changes that really emote when they smile, looked worried, or angry is express very well. Action panels flow nicely to really keep the momentum going when the fighting occurs. This is important especially when your issue only has one fight scene going on in it. This also seems to be the beginning for these characters to really start growing. The last arc introduced us who they were but this is where it begins to show who they will become. Cyber Force keeps the pace up as it grows it’s roster of characters while getting us a bit more connected in some of our characters.