DC unveils the first look at their new digital network, The DC Universe

Today DC has released new information regarding their digital network, The DC Universe. Outside of the original shows being made for it such as Titans, Doom Patrol, Harley Quinn, Young Justice: Outsiders, and Swamp Thing, fans will also have access to many other shows and movies from animated to live action. Series like the classic Superman cartoon series from Max Fleischer and Famous Studios that released in the 1940’s. Other shows include Wonder Woman starring Lynda Carter, Superman The Movie, and animated series such as Batman and Justice League. On top of that, we’re also going to have digital access to their comic books from the classics going back to Action Comcis #1 to the modern Rebirth era books that debuted last year. There will also be exclusive merchandise for members to purchase from their store and first to show off are a pair of Batman and Superman action figures based off the Justice League animated series. A community forum will be available to share and discuss with many other fans of the DC Universe.

Your Universe awaits. Watch. Read. Shop. Connect, all on #DCUniverse. Be the first to sign up for updates: https://t.co/h1iu405aqV pic.twitter.com/TNYPBrmPZ6

Here is more info on what to expect from the streaming services and its content:

At the heart of DC UNIVERSE will be all-new exclusive original live-action and animated series based on DC’s iconic characters. Developed by Warner Bros. Television, Swamp Thing and Doom Patrol are scheduled to debut in 2019, following the dramatic, live-action adventure series Titans which premieres later this year. Warner Bros. Animation is also developing a slate of animated TV series based on existing fan favorites, including Harley Quinn and the highly anticipated third season of the popular Young Justice: Outsiders animated series which are both scheduled to debut in 2019.

An assortment of DC’s most beloved superhero films will also be available at launch for exclusive streaming windows, including all four original Superman movies as well as a selection of epic animated movies including Justice League: The Flashpoint Paradox, Green Lantern: First Flight, and Wonder Woman. The service will also feature classic TV shows, including Batman: The Animated Series and the original Wonder Woman series available for the first time in HD.

The network will only be available in the U.S. right now but they will announce other regions as soon as they’re available to. The network will be available on iOS and Android devices including Apple TV, Amazon Fire TV, Android TV, and Google Chromecast. We still don’t know the price for this package but the amount of content with original series, classic TV series, movies, and digital comics. This is certainly at least turning into everything I am hoping for with this network and I hope it is the same for everyone else. We will continue to post new updates on this network as they come. You can also go to their website and sign up for email updates.

Along with the announcement, DC Universe has unveiled the first full look at Robin from the upcoming Titans TV series. No word on a release date just yet, although I’m sure we’ll see more during San Diego Comic Con this year. Hopefully, we’ll see official looks at the rest of the Titans as well. 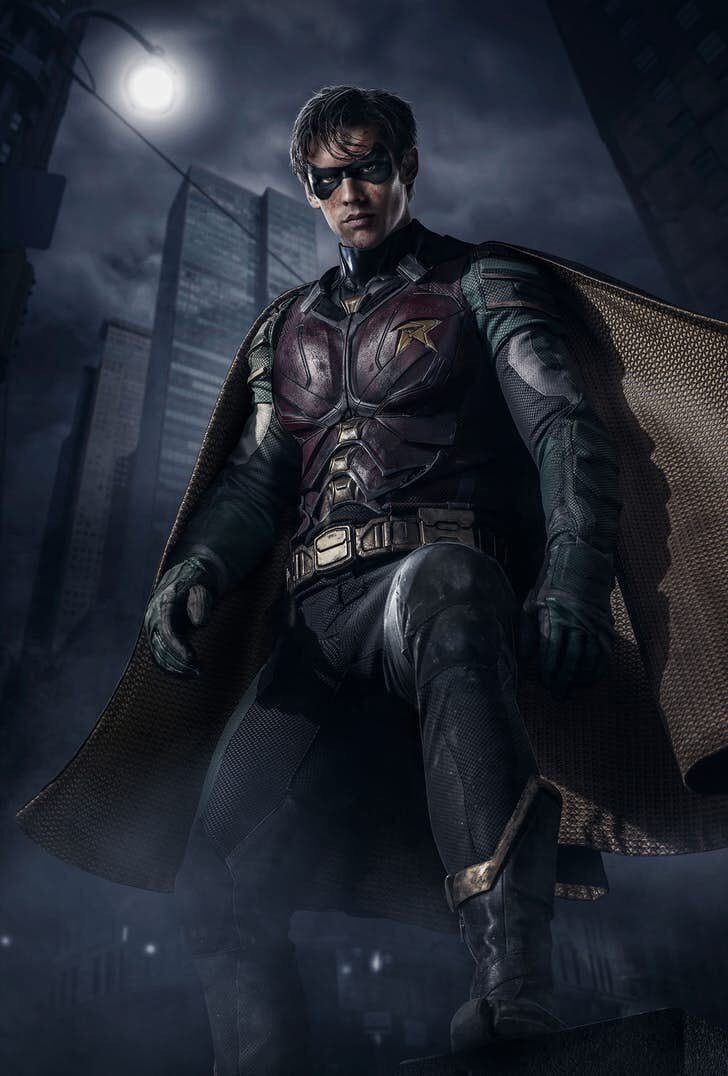