Sculpted By Adam Ross and based on the CW TV series, this Supergirl statues stands at 12.5”. Supergirl is standing tall in her iconic powerful pose, with fists on her waste.

First I’d like to begin with my favorite part, the cape. The cape is made of a cloth material and includes wiring along the sides so you can adjust or rearrange the cape as you see fit. This is actually a really nice touch. You can position the statue to depict it blowing in the wind or directly behind her as I did below.

The statue takes on the likeness of Supergirl played by Melissa Benoist. The resemblance is fairly accurate. I think It could have reflected a little more energy/attitude the way Melissa Benoist does on the show but it is still a very solid statue. The blues and reds used are fantastic and really stand out. The statue does a great job and representing the material of Supergirl’s outfit as well, adding very tiny ridges throughout Supergirl’s top half.

It comes in two parts, the statue and the base. The base is circular, flat and features the Supergirl Emblem. The statue connects to the base using a small metal peg. Be careful with this though as it is the more fragile part of the statue.

This statue will go great with DC Collectible’s The Flash and Arrow statue as well as their upcoming recently announced Black Lightning statue.

It is a limited edition statue, mine is 1260 out of 5000. I was recently asked where to check what number statue they have. Well with the DC Collectibles, they tend to put the number under the base as well as on the box it comes with.

If you are a fan of the CW Supergirl series, this statue may be just what you are looking for. 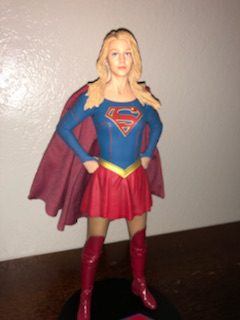 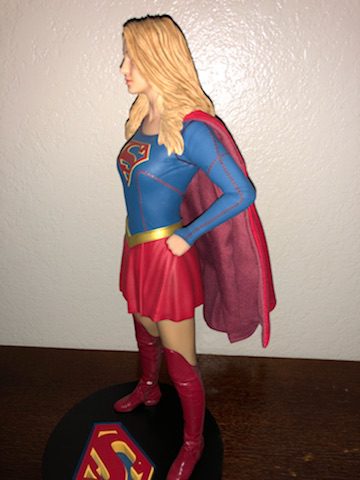 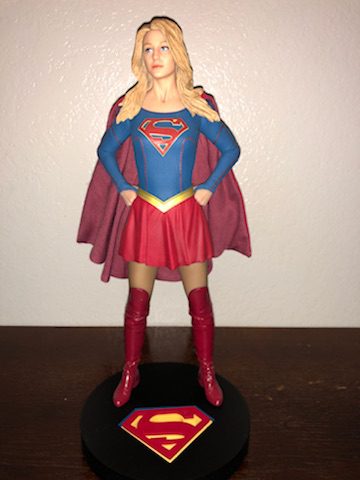 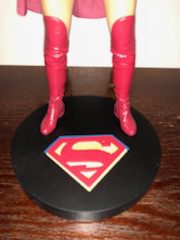