Stargirl is DC Universe’s newest venture that will also be seen on The CW. But unlike other shows on The CW, this one requires the least amount of work to get into. Stargirl is a whimsical, fun, heartfelt, coming-of-age adventure about legacy, and finding your place in the world. It works as a comic 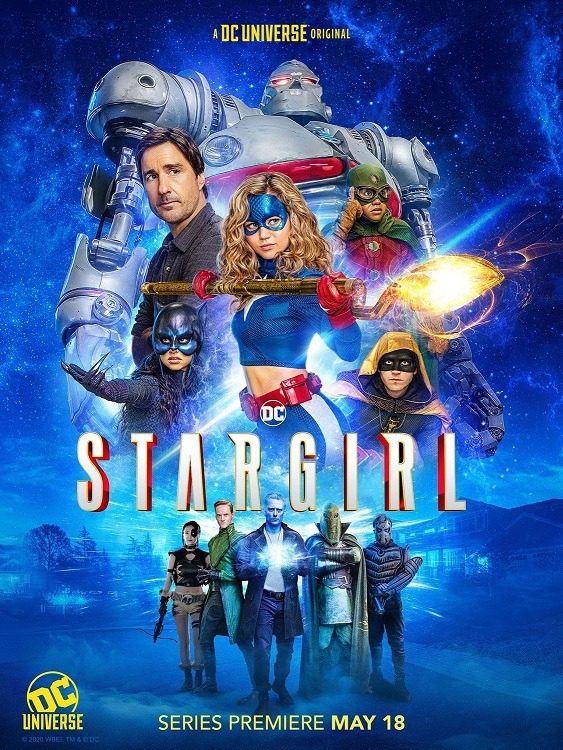 book story, a drama for general audiences, and a fun show for families to watch together.

Brec Bassinger anchors the stellar cast as Courtney Whitmore, who eventually becomes the protagonist, Stargirl. Her innocence, determination, and toughness come out in every scene. Geoff Johns created the character based off of his late sister, and Bassinger must be doing him proud.

Luke Wilson and Amy Smart are strong supporting cast members. Their characters’ arcs support Courtney’s journey but also hold their own separately. Wilson’s Pat Dugan is this show’s “in” to the universe. He is the sole connection to the old Justice Society of America. His rocky relationship with new stepdaughter Courtney is the most fun relationship in the show.

Smart’s Barbara Whitmore, Courtney’s mother, adds a different dynamic to the show. She is on her own journey, and will inadvertently complicate Courtney’s journey in the future. The first 3 episodes planted seeds for this, but the payoff has yet to be seen.

The first 2 episodes are one big set up, and every minute is used wisely to build the foundation of the story and the characters so the rest of the episodes have an easier job to do. The third episode starts to get into the meat of things but still is part of the framework of the show. The last few minutes of the third episode really propel the show into what it is going to be for years to come.

The show has some common “superhero” tropes, like the discovery of a bigger world, a character keeping secrets, coincidental connections, being meant for something bigger, and the importance of the truth. But they are all done well, and everyone does their best to make it as entertaining as possible.

A fully realized Stargirl was teased at the end of Crisis On Infinite Earths crossover on the new Earth-2, which is the best of both worlds. They aren’t beholden to the history of the Arrowverse, but can still crossover with them when they deem appropriate.

The tone of the show is different than some of the other offerings on the DC Universe, which plays to a very niche audience. The broader strokes of Stargirl means the CW airing will be a good choice, because this story should be available to as many people as possible. It will find a bigger audience on the CW, and it wouldn’t be surprising if it became a CW original eventually, like Supergirl did.

There is something for everyone, and a nice feel good, whimsical show that still has substance and depth to it is exactly what the DC TV line up needs. The first 3 episodes showed the potential of Stargirl and made me confident that the first season will be a strong entry into the crowded lexicon of comic book television.