Special thanks to Sandbox Strategies and Maximum Games for providing GWW with this review build.

Dead Alliance, available on PC, PS4 and XBOX One, is a multiplayer first-person zombie shooter set in a post-apocalyptic world. In this world, the only remaining habitats of civilization are city-states built upon former military bases. You can play online or offline in a variety of modes, such as capture the flag and free-for-all, with up to 4 v 4 competition. A standout feature of Dead Alliance is the ability to use the roaming zombies as weapons. This is called zMods. The game also features multiple maps and a horde mode with multiple loadouts that you can personalize. I should also mention there is a MOBA game mode called Attrition. I took the PC build for a spin. 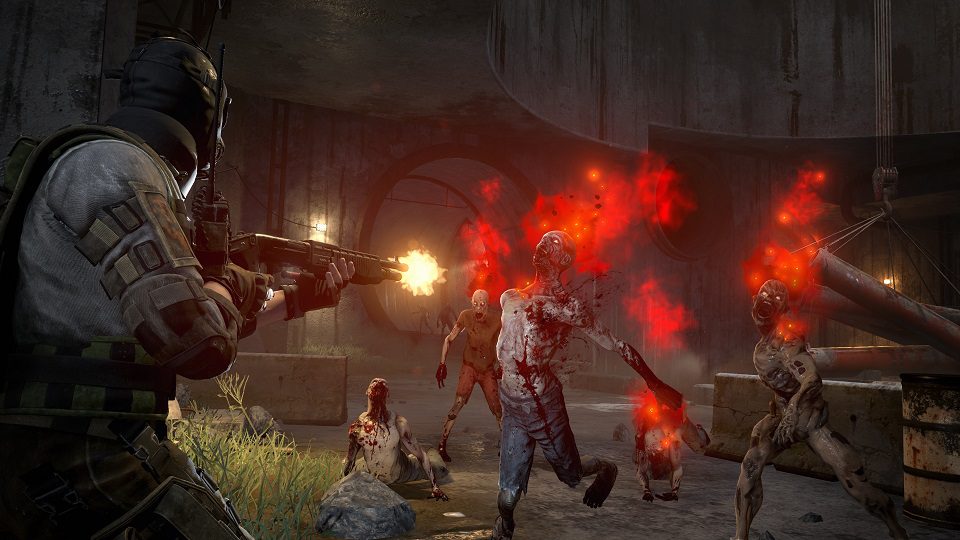 My rig is a 2016 Razer Blade with an i7-6700HQ and a GTX 1060 GPU. I was able to run Dead Alliance at 48-52 FPS at 1440p and all video settings on “Epic” quality. I can’t run most new games at these settings so I was immediately surprised that this was the default on my rig. As any PC gamer would do, adjusting the settings is the first thing I did and sort of where the problems started. I can’t say I had any issues with the performance but overall I feel the detail of the characters and levels to be below expectations. I don’t know of a better way to handle it but zombies and other objects would randomly appear and disappear during gameplay. Unfortunately for any non-AAA developer, if they price a game above $29.99 they are going to be compared with similar titles. In the case of multiplayer first-person shooters (MFPS), Dead Alliance has steep competition. 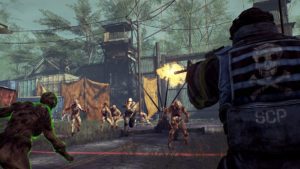 Regarding the single-player content, I was thrilled to dig into the zombie survival mode. You’re dropped off into an outdoor map where the military have placed deadly gas. You constantly lose health, while shooting down enemies, until you reach a “bubble.” The bubbles last a few seconds, maybe a minute, and then you run to the next one. Again, while shooting zombies. It’s a neat idea to not have the player stand in one place or behind some barrels while they survive the horde of zombies. But I never really felt like I was having fun. While listening to the radio chatter, there is a light story presented to you. Great idea, but the story isn’t interesting.

The premise is excellent: take the MFPS genre and add a MOBA-like spin to it: zombies can be your enemy and your ally if you play your zMods right. As a standalone game with low quality textures, limited weapons and maps, it feels like the devs should have emphasized that zMod mechanic and explored it further by building Dead Alliance as a mod within an existing game like Sniper: Ghost Warrior. It’s not a terrible game at all. Dead Alliance is probably a sizable patch away from being a solid Twitch streamer and LAN game. If the dev team can correct the gameplay issues and add more maps, Dead Alliance can compete for your attention.

With Dead Alliance, what you are really getting is a multiplayer shooter with a twist: zombies that can be influenced to help you out. These zMods are a major part of the game’s strategy elements. You should be using them frequently, as you’ll get new ones every time you spawn. If you intend on being a gun-toting powerhouse, think twice. Ammo is scarce and only drops when human enemies are killed. Even still, you have to press an action key when you are near it. There are both indoor and outdoor maps. The indoor maps tend to be tight so you’re frequently battling and doding or influencing zombies, which adds to the tension.

Dead Alliance is available as of August 29th for $39.99 on Steam, XBOX and PS4. It was develped by Illfonic/Psyop and published by Maximum Games.