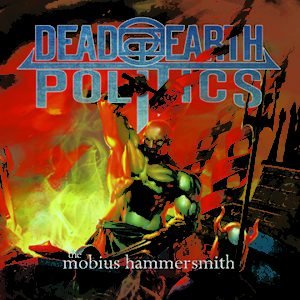 Forged from the soul of the Austin metal scene, Dead Earth Politics is a blade that cuts like no other.  Said to easily fit on any bill ranging from Iron Maiden to Black Sabbath to Lamb of God, they are the band that truly unites sub-genres.  Having marked their tenth year, they continue to relentlessly scribe stellar music - and the sky remains the target. With passion coursing through their veins and dedication in their hearts, Dead Earth Politics strives for perfection in their craft.

Have you seen this:
Umbrella Academy Gets Renewed for Season 3

On March 23, Dead Earth Politics will embark on a U.S. tour in support of The Mobius Hammersmith. Dates are as follows: