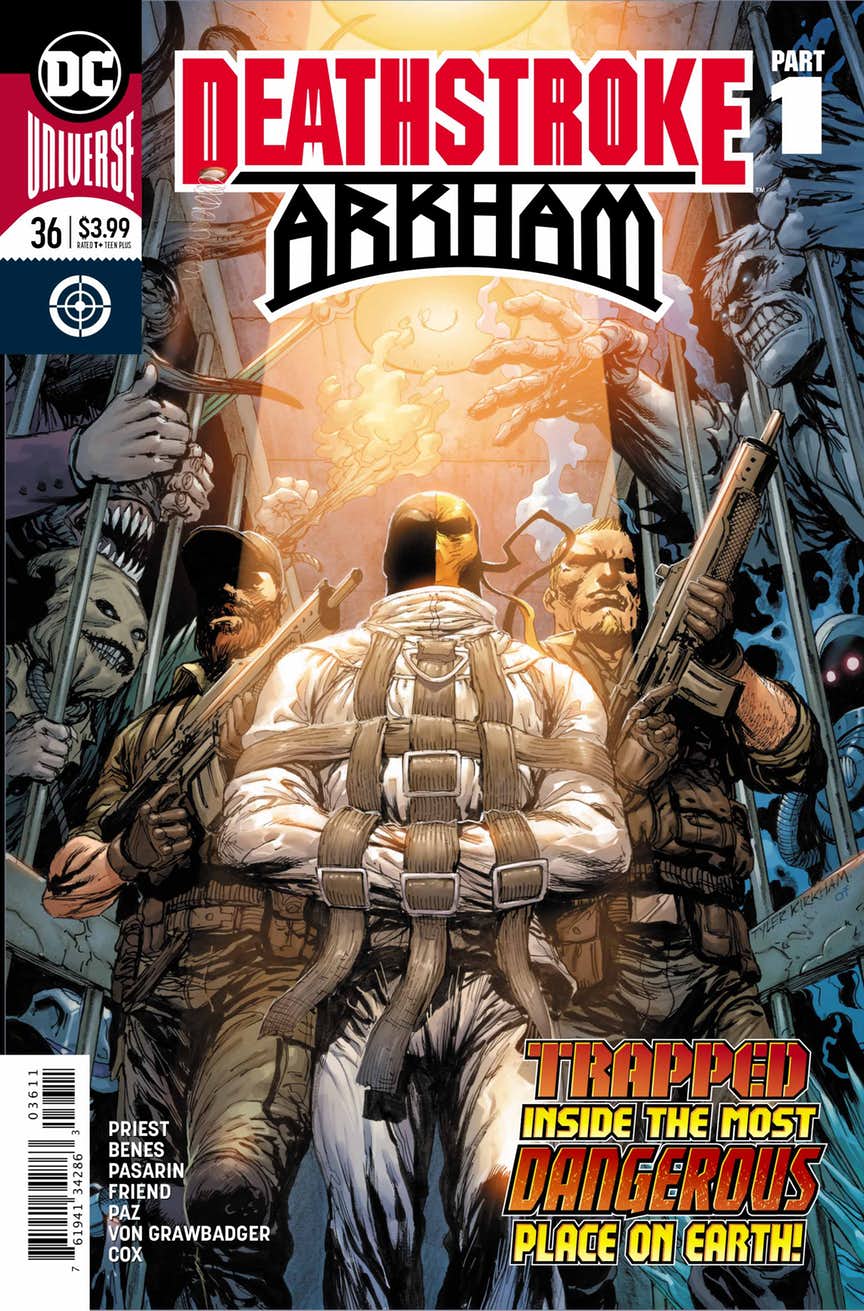 Christopher Priest is finally taking us back to present-day Deathstroke, directly after the debacle between Deathstroke and Defiance. He was starting to lose it with everything going on in his personal life, with things seemingly manifesting themselves into a Young Wintergreen hallucination. This has all set up for another great story about Slade Wilson, the man hiding behind the title of Deathstroke.

This whole ordeal will finish up one of two ways. He either completely softens up and turns over a new leaf altogether, or he comes out angrier and more deliberate with his actions. I wouldn’t hate the latter, and truthfully believe that’s where Priest will take the story.

A big reason why that will be the case: the way Priest wrote Wintergreen in Deathstroke #36. His presence is certainly an annoyance for Slade, but he is far from a dominant figure But that could also be a reflection of Slade’s personality. He’s not some outgoing individual or anything, why would his hallucinations be any different?

At the same time, fake Wintergreen’s controlled nature has me wondering if this isn’t Slade going soft, but part of someone’s plot against Deathstroke. I also get the feeling this is linked to what’s happening with Rose. But I will say, if one of them has actually lost their minds, it’s definitely Rose.

Priest also made a random addition to the story, an Arkham patient name Devon. I’m not certain how important he’ll become. Though, he and Slade were abducted together when they escaped Arkham. Regardless, he was pretty awesome in Deathstroke #36. He dropped a “Wakanda Forever,” mid-group therapy session and had the last word on the issue, telling Deathstroke as they were abducted, “This is why you’ll never get a movie.” He really didn’t add much outside of that, but what else did you really need from an extremely minor supporting character?