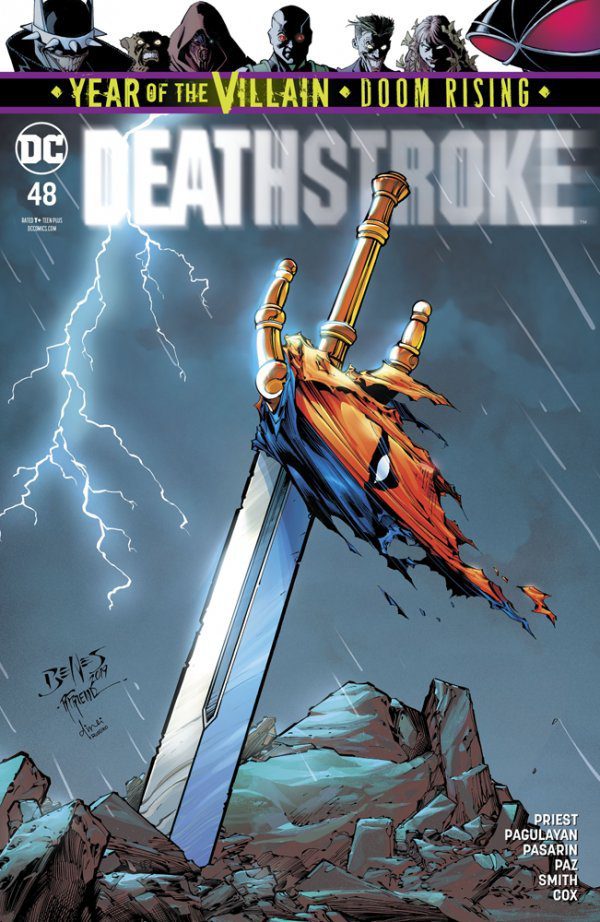 (Seriously, don’t read this if you haven’t read the issue.)

My mind was in a pretzel at first, but Christopher Priest kept things clear for the most part. Though, a little confusion is a good thing in a situation like this. Because I really thought the ugly, scarred Slade Wilson was the real deal.

As I’ve mentioned in recent reviews, the fact Priest’s run with Deathstroke is coming to a close with issue #50 seems significant. Especially with the way the story is going. Although Deathstroke isn’t actually dead, everyone around him is in serious trouble.

Hosun, dead. Rose, maybe dead. His ex-wife, she could die any second. Jericho is in a pretty rough spot. None of it looks good for Slade — who we’ve found out is definitely killable, it just turns out Raptor “saved” him by passing on his Leprosy. (Definitely an unexpected decision from Priest.)

Deathstroke is on track and back to being the best ongoing series DC has to offer.