In what is an extremely short game and one that suffers from many different bugs and frame rate glitches, we find a charming story in Defunct. My initial thoughts on the game were that it was quite poor. I played the Xbox One version and the graphics were constantly glitching. I got stuck in many different bugs such as phasing through walls and then having to respawn for no reason. This was infuriating and if you are the type of player who gets annoyed easily, it’s unlikely you’re going to stick around to see what else the game has to offer. If you manage to pull yourself through all this however, the game has something unlike many others. 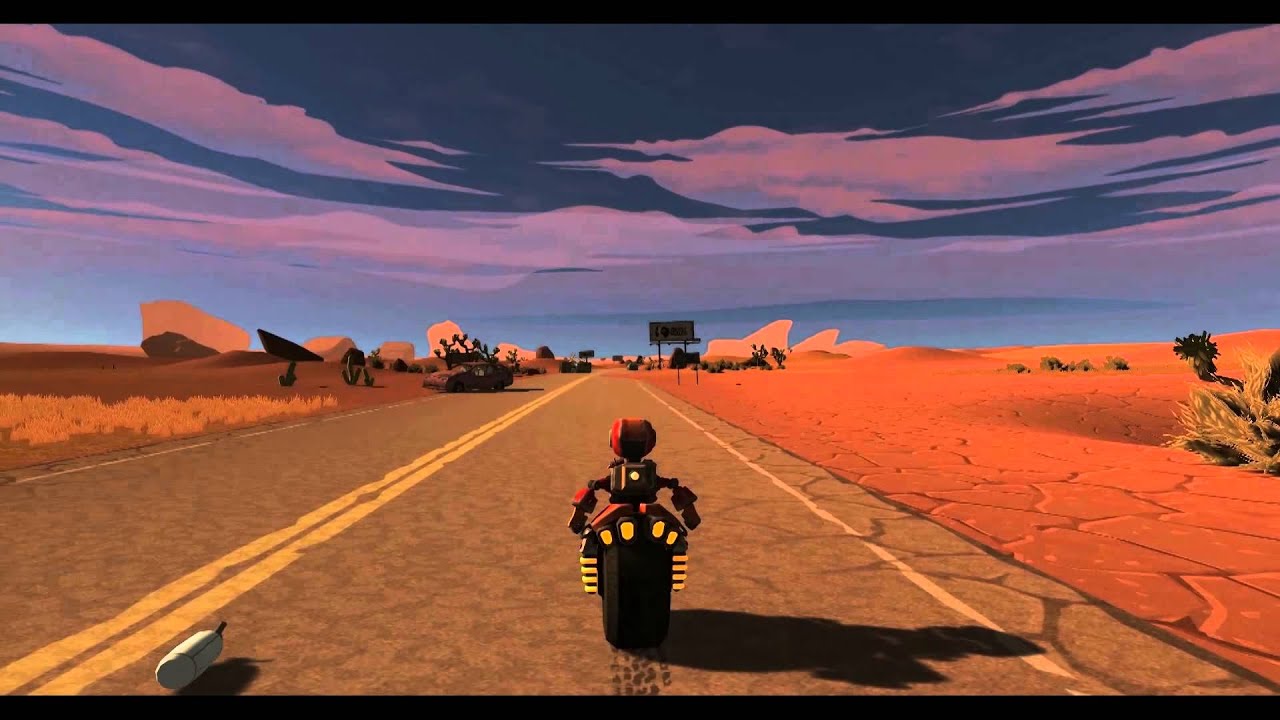 With that said, I will add that this game does have a story worth telling. I was interested to see how I could possibly engage with a story when there is no dialogue throughout the game.  It was an outstanding silent story. Straight away I was attached to our main character, who is a small robot just trying to make his way back home. The first moment I laid eyes on him it reminded me of the first time I looked at R2-D2.  I would imagine kids now would relate it to when they first saw BB-8. It is not just relatable to Star Wars however, this character can be looked at as anything you want, because it does not give us a backstory. This is something I believe sets Defunct apart from other games. In most of the great gaming tales of the last decade, The Last of Us, Red Dead Redemption, Skyrim, Oblivion or even the Fallouts, there is always somewhere that you have come from. In Defunct we have a small robot looking for a way home, but his story is our own.

You can barely move on your own due to the robots broken engine. This means that you have to use the enviornment to make your way around the game. It is really enjoyable attempting to do different types of stunts on the various terrains offered by Defunct. As stated originally though, the unity engine does not run very well. This leads to the gameplay being laboured. The different skills our robot has are gravitize and magnitize. These let you manipulate gravity.  Gravitise allows you to speed up depending on the angle of your robot. Magnetise allows you to connect to any surface so you can drive upside down. There are plenty of speed ups around each area. This lets you move through the game at quite a pace if you are proficient enough at picking them all up. Trying to keep control of the robot while going at crazy speeds is really fun and never loses its excitement.

The game had quite an abrupt ending. I was playing for a few hours and then eventually I just found my way home and that was that. The sense of accomplishment for completing a difficult game wasn’t there for me at the end.  It didn’t however, take away from my enjoyment of the story that I felt like I could make my own. The game doesn’t offer too much end game content either. There are time trials which are a bit of fun but they get boring really quickly and other than that the only thing you can really do is go back and find some of the collectibles you have missed. This is enjoyable because you get to enjoy being our little robot friend for a little bit longer but I don’t think there is much here to keep you playing for anymore than ten hours, if you even get ten hours out of it.

Freshly Squeezed came close to something really good here. I think the lack of end game and the bugs that are in the game really take away from what is an enjoyable experience otherwise. The charm is something that cannot be removed however. It is something that is deeply rooted in the games core. It is also something that a lot of games in the modern day really lack. Overall I enjoyed my experience with Defunct. With the multiplayer culture around gaming currently it’s difficult to see a niche title such as Defunct getting any solid recognition.