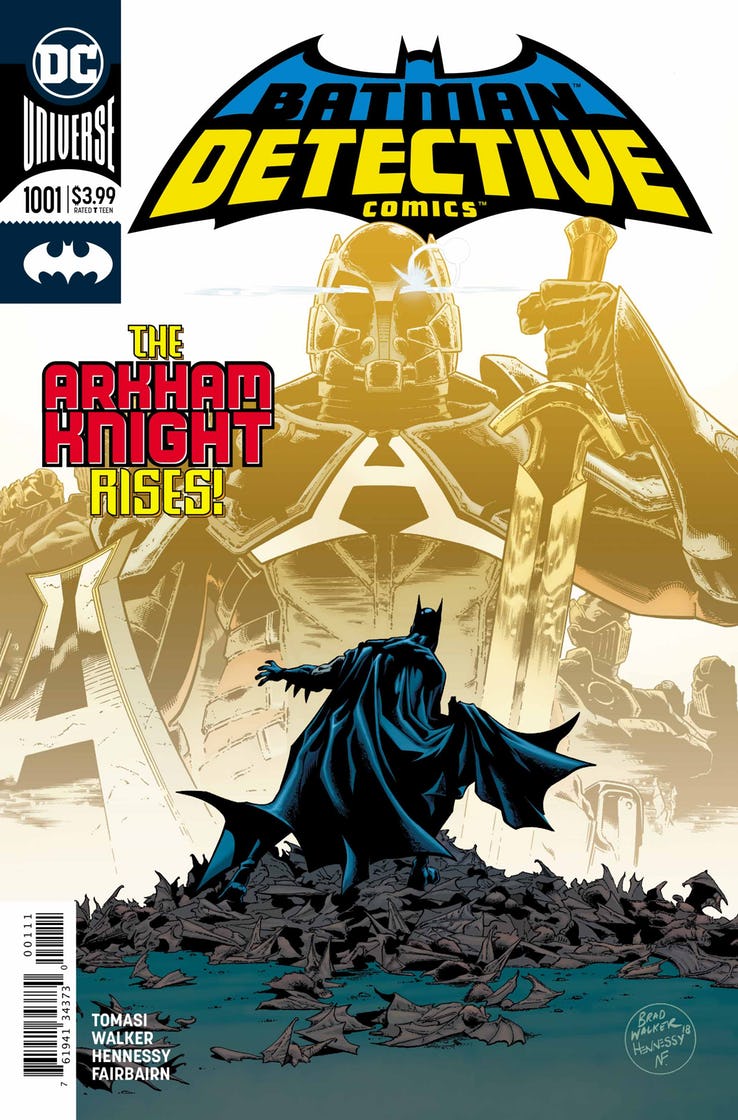 The Arkham Knight strikes and he is going to bring the light back to Gotham.

The Arkham Knight has prepared his followers for this mission and the first part of it is one that sends a not so subtle message to the Dark Knight.

Bats have been dying all over the city in the hundreds and Gordon calls Batman to see if he knows anything about it. Unfortunately for Alfred and his future cleanup, he is aware of what’s happening because it is happening in the cave as well. He begins to investigate, but nothing in the bats that he’s examined indicates what they died of. Looking for answers, he goes to Francine Langstrom.

Still dealing with the aftermath of her own encounter with Kirk’s formula, Francine injects herself again to try to understand what is happening to the bats of Gotham. After dragging Batman all over the city, she hones in on the local Zoo. After reversing the effects of the formula, Batman is surprised by a device that has created an artificial sun over the city and a coordinated attack from the followers of the Arkham Knight that leave Batman at his mercy.

Peter J Tomasi goes big right out of the gates with this story. It is filled with action and tension with some great dialogue moments between Bruce and Alfred. Arkham Knight’s debut is impressive and his plan, at this junction, is unique and intriguing. It will be interesting to see where this story goes and how the character is developed.

Brad Walker does some impressive art in this issue and everything looks beautifully detailed.