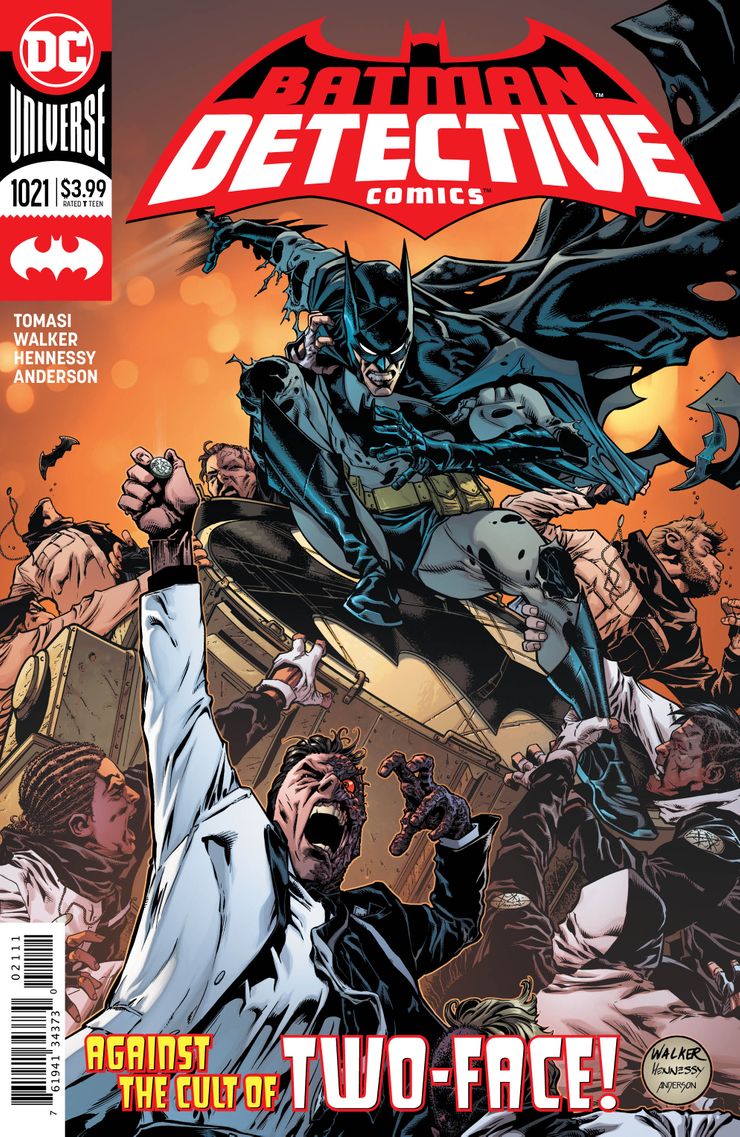 Batman will learn too late that some people cannot be saved, especially from themselves.

Two Face prepares the next part of his plan as his followers gather to hear from their leader. At the same time, Batman needs answers and the only way he can get them is to examine the bodies of Two-Faces’ men. The ones who sacrificed themselves before being taken alive. As Harvey’s followers take to the streets to carry out their own form of justice, Batman finds the common denominator that binds these desperate individuals together and that revelation is halted by a desperate Harvey Dent reaching out to Bruce Wayne for help.

Taking Harvey into custody, Batman makes a stop at the place where Two-Face has been recruiting and training his followers. As the Dark Knight enters the area and discovers the scope of what Harvey has been doing, a betrayal will put the detective in the hands of his enemy.

Peter J Tomasi delivers a wonderfully thrilling story in this issue. The story is filled with tension and continues to showcase Batman as a detective through scenes of deduction and investigation that are just as thrilling as the action and adventure. The plot is brilliantly balanced and everything from the surprise visitor to the Bat-Cave to the final shocking finale is handled with pitch perfect pacing from Tomasi. An impressive and engaging read.

Brad Walker has some beautifully detailed artwork throughout this issue. From the panels contrasting Batman and Harvey to Batman subterranean journey, everything is set up brilliantly.

Batman Detective Comics
Are you an Insider?News, reviews, & updates are just the beginning.