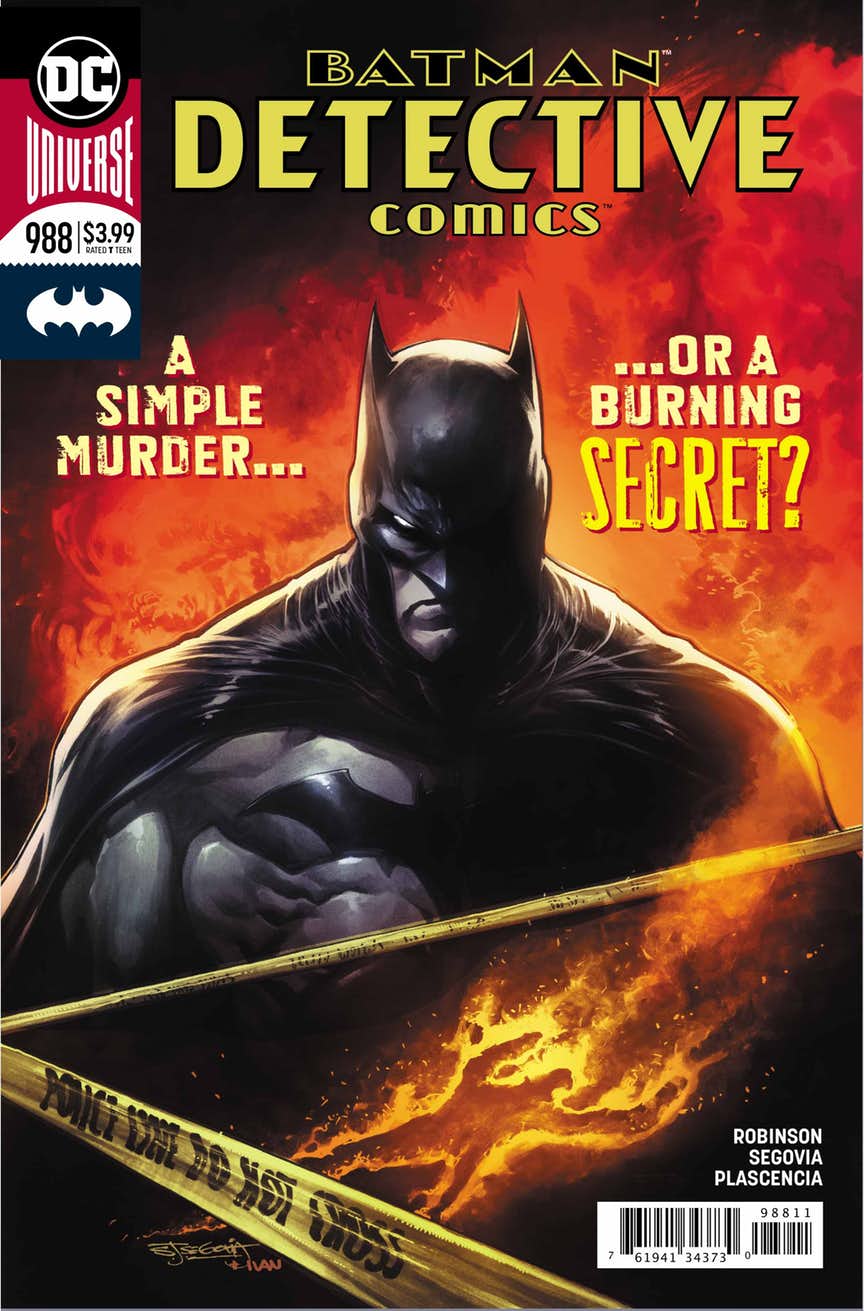 The seemingly random murder of an ordinary citizen is usually not enough to draw the attention of Batman. A point that Commissioner Gordon has no trouble making in the presence of the Dark Knight when he takes an interest in this particular crime scene. Batman explains his desire to investigate. A rare candid moment from the vigilante. Batman is convinced that there is more to the death of Harold Frank than meets the eye and his determination to find out what takes him on a hunt through the city to check out the man’s apartment.

After consulting with Alfred and the two having a heart to heart about how Bruce is doing after Selina, Batman decides to focus on the task at hand. His focus leads him to a secret room in the home of the seemingly random citizen and the intervention of Firefly and his protege make the mystery of Harold Frank’s death that much more intriguing.

There is a lot to like about this issue. It is a definite return to the dark knight detective style of Batman story. It creates and allows for a mystery to unfold. One that takes Batman to the streets of the city in search of clues. What was challenging about this issue was that there was an overemphasis on exposition in many areas. I understand that Bruce is working through some personal and professional angst, but he seemed to talk too much in this issue, even during fight scenes. It was a little distracting and there were moments when story points are repeated between characters, which was unnecessary.

The art was amazing. I really loved the way Segovia rendered the characters, especially Batman. There were some great details in the art and an excellent use of shadow throughout.

Have you seen this:
Everything You Need To Know About DC's Infinite Frontier
comic book review DC comics Detective Comics