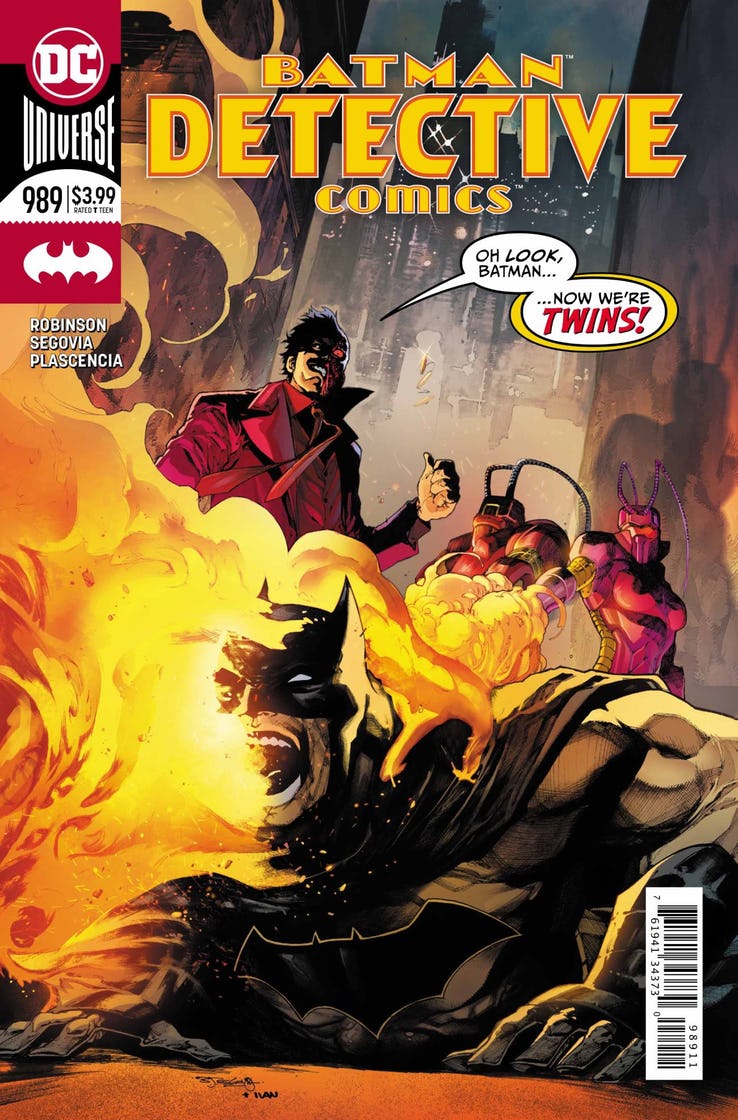 After going over the clues of his latest mystery with Alfred, Batman is only slightly more informed than he would like. After being attacked by the two Firefly’s in the dead man’s apartment, the first kernel of where this mystery might be leading begins to dawn on the Dark Knight. After consulting with Commissioner Gordon, Batman decides to track down Firefly again for answers.

To his credit, Firefly is well aware of his place in the pantheon of Batman villains and his ambition to rise higher is what seems to be fueling him and his apprentice. When Batman finally tracks them down, they are only too helpful to send him to their employer. Someone who Batman suspected from the start based on the clues and someone who wasn’t hiding his tracks specifically to lure Batman in.

Robinson does a good job of moving this story forward. I liked the pacing of it and the moments where Bruce consults with the two father figures in his life. My one objection was to Batman berating Firefly for his choice of hideout. As readers, we all know that villains choose the most ridiculous places to hide out. It’s part of the charm and we suspend our disbelief when we read which allows it to continue. The snark from Bruce in that moment kills that small piece of allowable comic book cliché and for what? Other than that, a solid story.

The art was great. Segovia does some amazing work with shadow and composition in this issue and the details were amazing. There were some great shots in this issue that enhanced and complemented the story.