So it seems, for now, the dust has settled, and Spider-Man is leaving the Marvel Cinematic Universe. It’s a heartbreaking situation that has left many fans, including myself reeling with disappointment. What is a fanboy to do but admire some of the better moments Spider-Man has had this year? Anything to help expel the stench of disappointment. Luckily for us Diamond Select has released 2 Spectacular Spider-Man figures based on Insomniac Studios, PlayStation 4 exclusive, Marvel’s Spider-Man. Featuring our titular hero and a uni-horned rogue, these pieces from Diamond Select are sure to help you forget the tragedy that befell the MCU and help you remember the marvelous masterpiece that was Marvel’s Spider-Man on PlayStation 4. 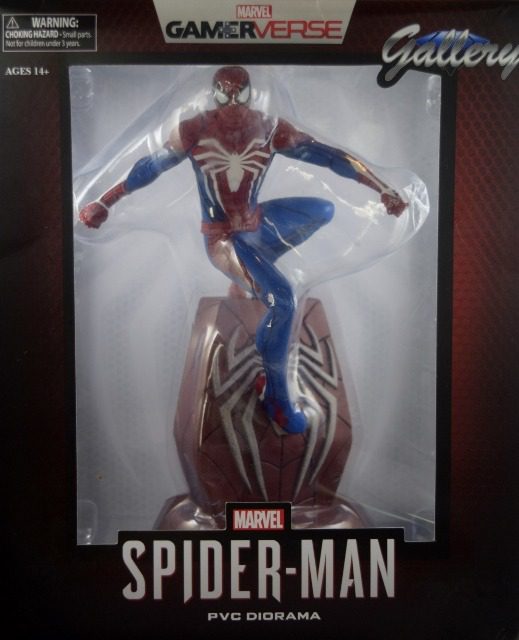 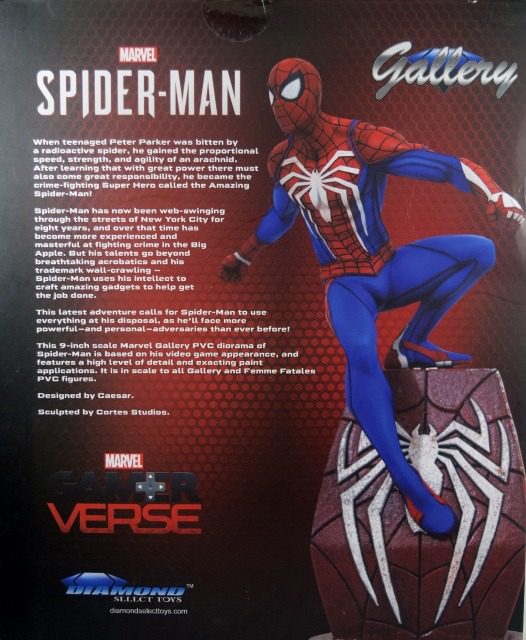 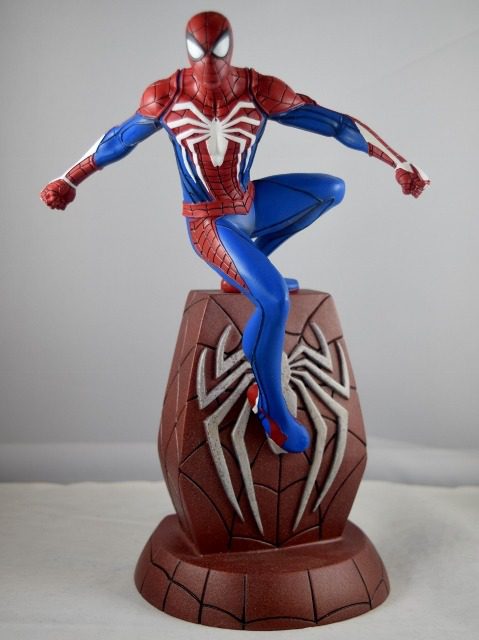 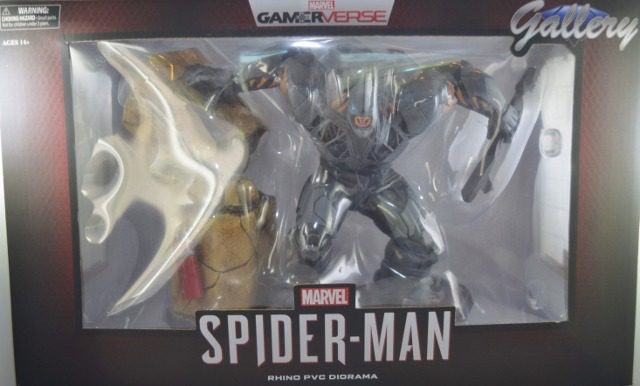 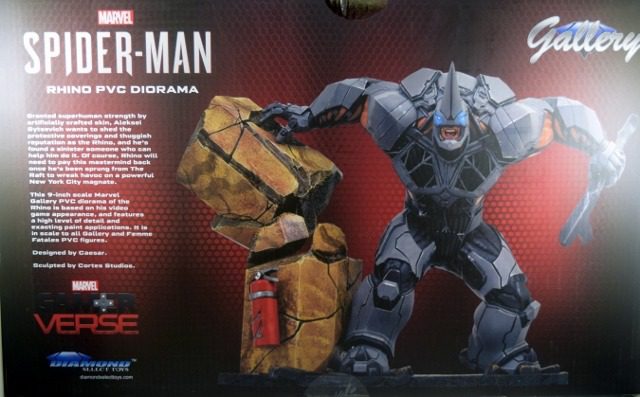 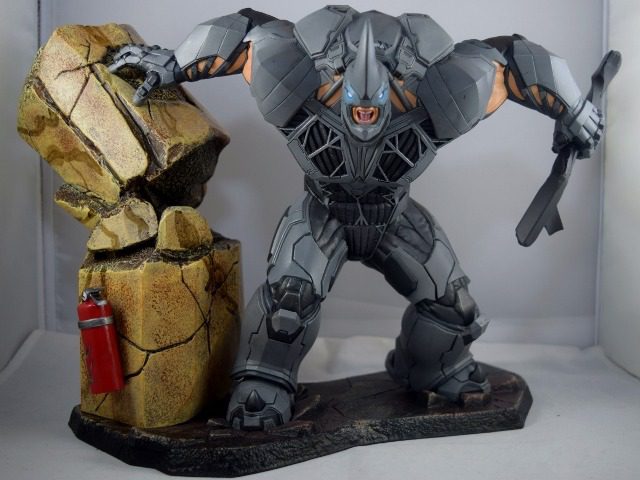 Both The Spider-Man and The Rhino statue are designed by Cesar, sculpted Cortes Studios and stand about 10″ tall. The wall crawler’s design is a slender statue as it presents our friendly neighborhood Spider-Man sticking to a brick building bearing his logo. The Rhino piece is a literal beast as his bulky design and rage send him through all manners of concrete. Spider-Man’s design is sleek and light, much like his character. Dawning is PS4 costume Peter Parker shines is bright reds, blues, and whites as his powers prop him up. The PS4 design of this character fits this medium particularly well as its bold costume offers so great opportunities to catch your eye. 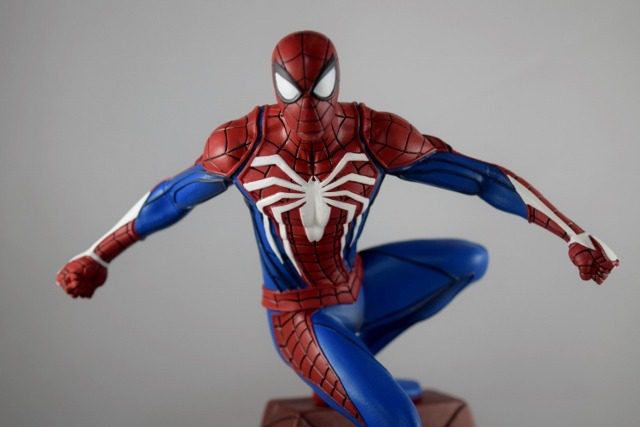 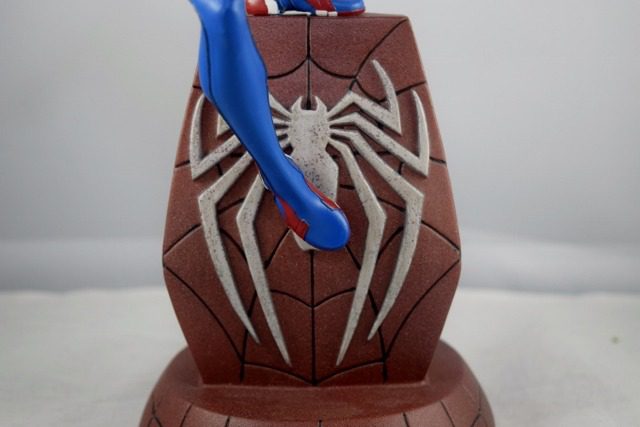 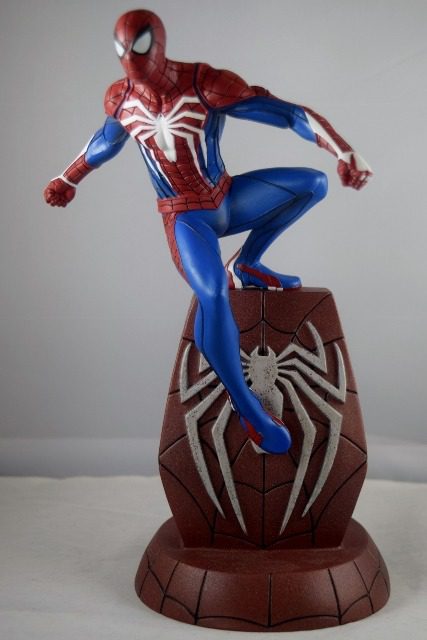 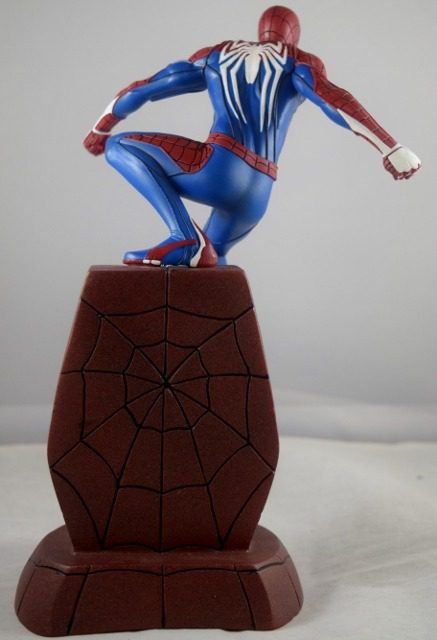 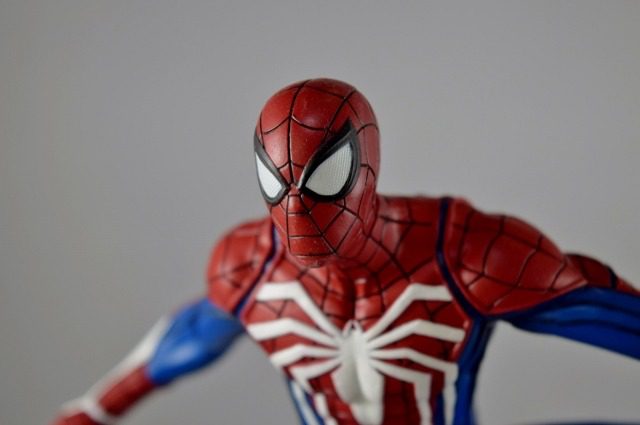 The paint on this piece is what really makes it pop but its the extra details like the raised eyes, and sunken lines in his costume that really provide this Spider-Man with a needed death. A particular favorite detail of mine his red and blue high tops, sure to make every kid on the court jealous, especially when you tell them where you got them from. I’m finding it hard to say anything negative about this piece. Its light weight but looks hefty and expensive, its bright, beautiful and captures everything heroic and fun about Spider-Man. It’s god damn spectacular. 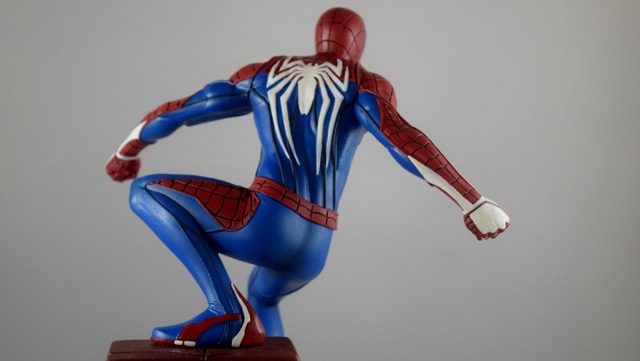 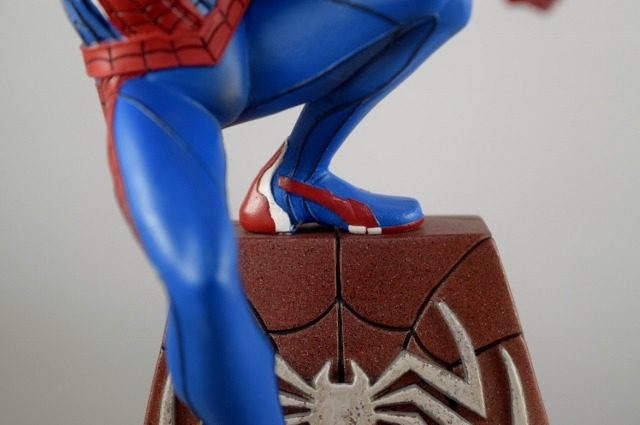 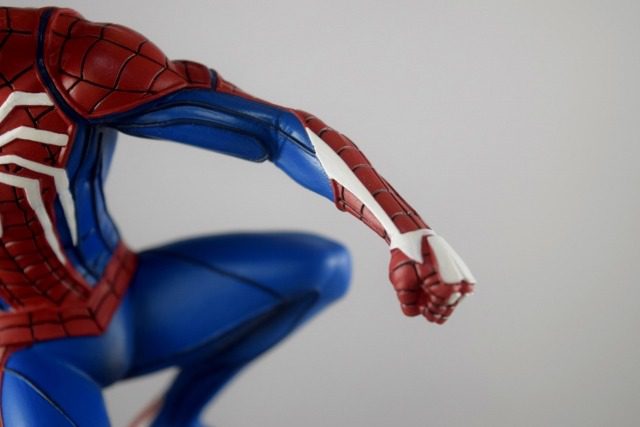 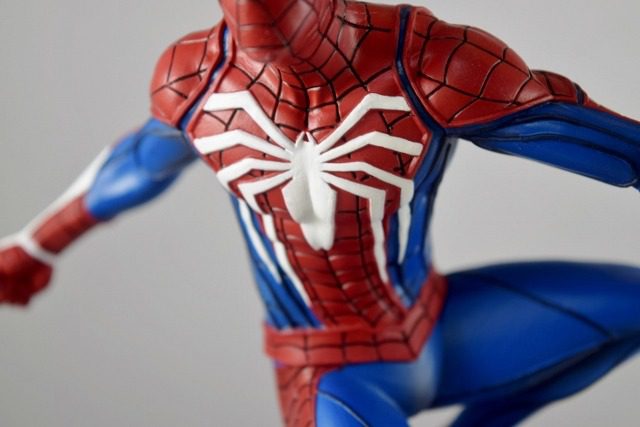 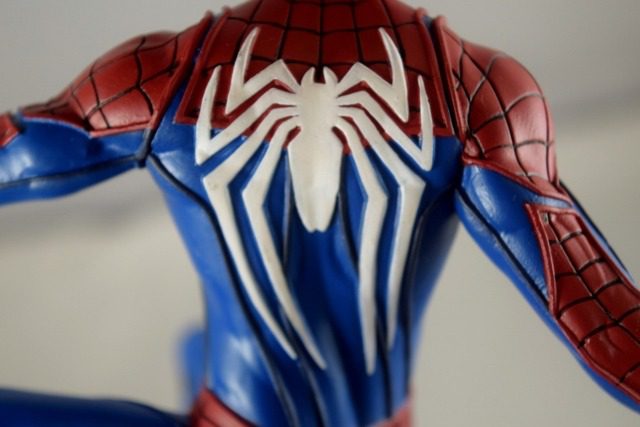 Diamond Select’s PS4 Spider-Man statue is every wall crawling adjective in the book. A fanboy’s web dream. A must own piece, that will have you swinging in the streets, and still it may pale in comparison to the 2 tons of awesome that is The Rhino. Fueled by rage and powered by tech, Alekesi Sytsevich will stop at nothing and let nothing stop him to take down Spider-Man. Destroying property and poised to charge Diamond Select’s PS4 Rhino diorama is a beastly masterpiece, defined by its detail and glowing blue eyes. 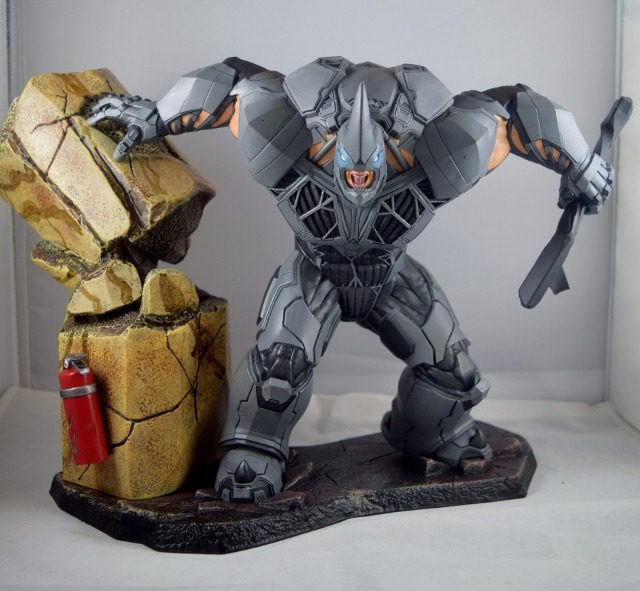 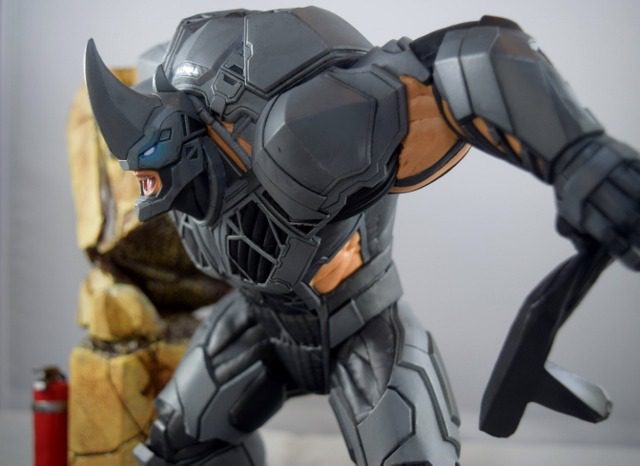 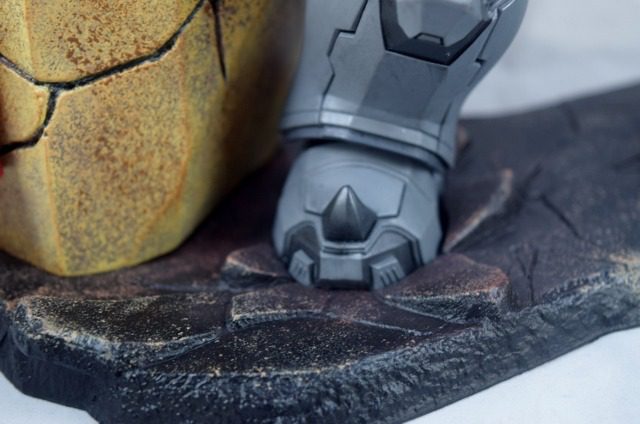 Horn to toe this piece is flawless. Its extravagantly detailed, expertly painted and perfectly posed. Rhino’s armor is a true testament to the sculpt as each section looks carefully crafted and designed to look like individual pieces of his suit. This design is only enhanced by a subtle but balanced paint job that really shines as we move from piece to piece on the suit. I could gush about these statue all day, its eye catching in the best way possible, but its the small details and especially those glowing blue eyes that really take this piece from a bulky 8 to a thunderous 10. Seeing Alekesi’s flesh peak through the blacks and grays of his armor adds a needed contrast while also reminding you, this is a dude in a suit. But again while the costume design is off the charts and I love details like the small horns on the toe, but its Rhino’s screaming expression, that giant horn and those glowing blue dots that really bring this piece together to give you a full, unhinged hit to your eyeballs. 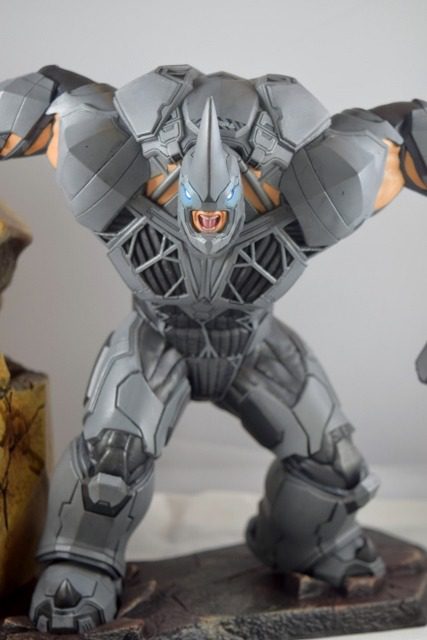 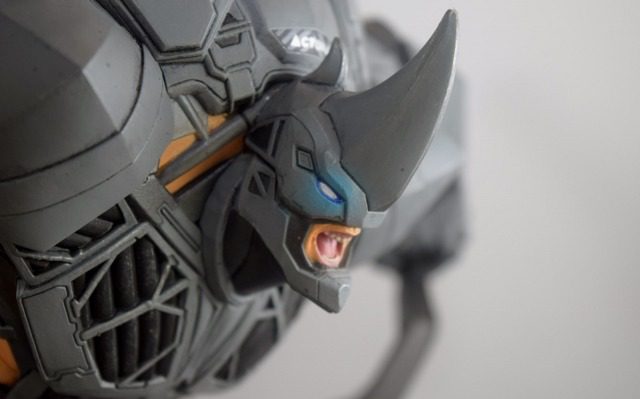 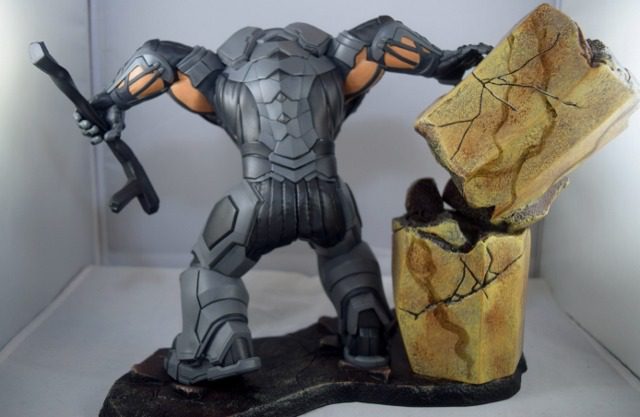 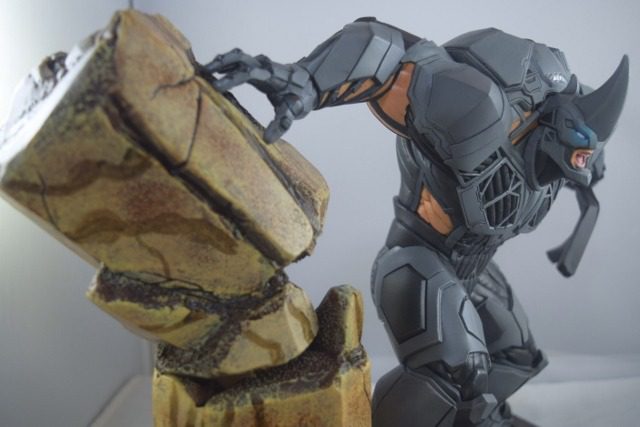 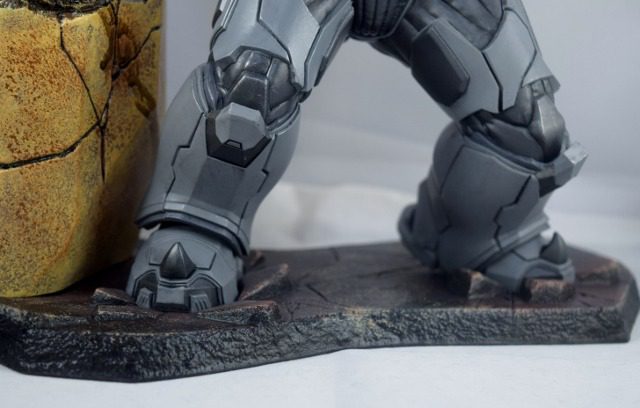 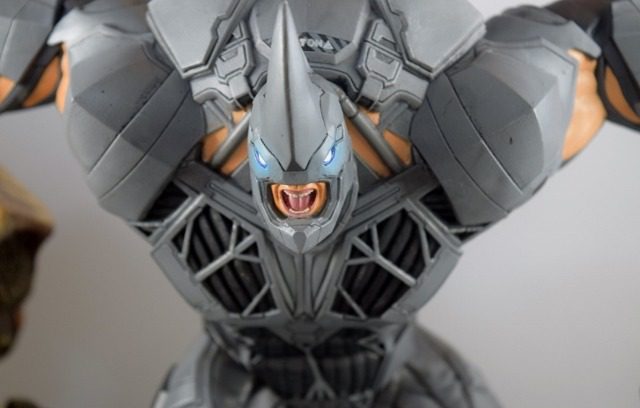 My final words on this gorgeous pieces is, if you have the cash, you owe it to yourself to have this in your possession. Especially considering this are high quality, highly detailed design at a fraction of the cost. Friends, Family, Fans, anyone who walks by or sees these in your home is going to immediately stop and admire them. It’s impossible not too, The Rhino piece alone will take up a whole self and Spider-Man light’s up every room he is in. Fans of the franchise, do anything you can to get a hold of these statues. Work extra shifts, stalk the internet stores, add to every Christmas and Birthday list you can and thank me later.

Esai Morales Says He Is Having “The ...