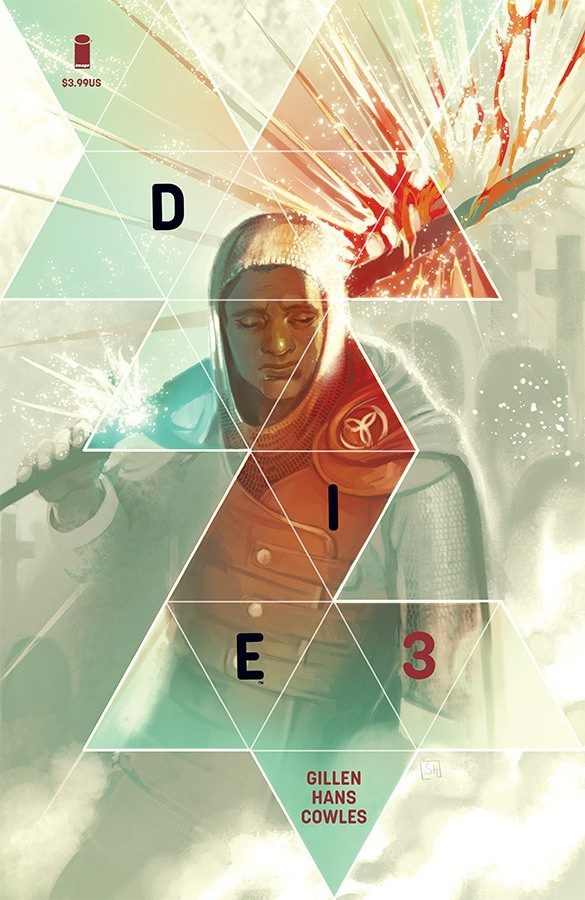 Dungeons and Dragons meets Jumanji meets World War I? That’s not a mistake in my part but the scope of how creative and imaginative Gillian and Hans are. This issue you get to see more of how much of a toll they suffered when they are teenagers until now.

Gillen and Hans added more to the world of Die without destroying or altering the main themes of the story. We get an inside look into Ash and the trauma he has gone through and dealing with being back in Die. This is most evident with the interactions with Matt and Ashes conversation about the world of Die and the dread they feel in it. Gillen use of NPC’s and the surroundings to help emphasize how horrid being back is for them all.

Hans art has been outstanding and kept consistent since issue 1. The way she is able to draw the emotions and feelings of the group is mesmerizing especially when even the background characters as done with great detail. This adds more depth to the characters especially with Matt’s power of the grief knight.

Issue 3 has kept up with high standards and has improved upon expanding the story. There is little fault in any of the execution with developing the main characters and the world of Die. Gillen and Hans have a great partnership and it shows with the series so far.