Die for Valhalla is the fledgling title from indie newcomers Monster Couch. Development was made possible, in part, through a successful Kickstarter campaign back in February of 2017. Thanks to their generous backers, this small Polish studio has brought this title to Steam, PS4, Xbox One and Nintendo Switch. Gameplay is essentially identical across all versions, but I spent my time with the Switch port for this review. 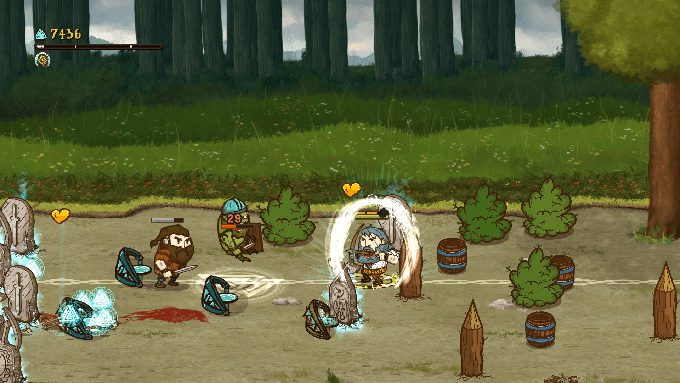 The game itself is a 2D side-scrolling Beat ‘Em Up that borrows heavily from both Golden Axe and Castle Crashers. While the main game is fully playable as a solo experience, it really shines in its 4-player local co-op mode. You assume the role of one of four Valkyries, Norse angels of the battlefield, as they attempt to earn their true names by sealing three dimensional rifts through which monstrous creatures are flooding through. Of course, they won’t be able to do this on their own. They will need to rely on the strength of fallen warriors whose bodies they can possess as they make their way through wave after wave of increasingly vicious creatures. If your warrior sustains too much damage, your Valkyrie will be forced to fight on her own until she can possess another warrior. However, if none are available, it is possible to inhabit inanimate objects or enemies. These hosts are not as beneficial, but they can certainly help to keep your true self safe from harm until a suitable body presents itself. 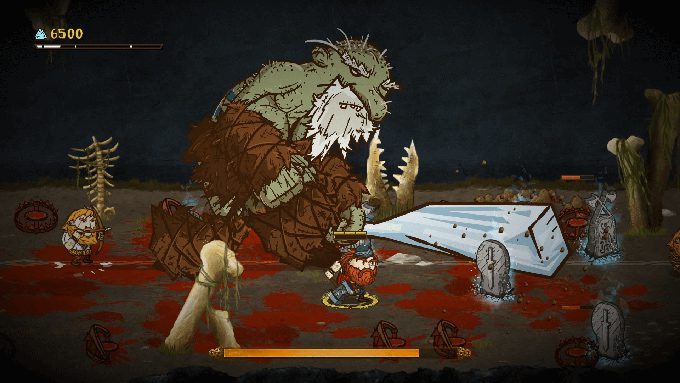 Speaking of these sturdy shells, fallen warriors come in a variety of classes and clans. Each of the twelve clans have a unique perk such as increased Stamina or a bonus to Attack when your health is low. The seven warrior classes have their own weapons, combos and special attacks. Most fallen warriors will be displayed on screen as a tombstone. The symbol on the tombstone tells you which class that warrior is. The available clan can only be changed once you have collected enough currency to purchase them. Only one clan can be active at a time and all summoned warriors will share that same clan. Warriors can collect Glory in the form of glowing orbs dropped by defeated enemies. Once a warrior has amassed enough Glory, they will level up. Each warrior has four available levels with higher ranks yielding more Health and Attack power. You will need to be careful though, because all that Glory will be lost when that warrior dies. This can make for difficult choices if you are debating on abandoning a warrior for one of a different class. 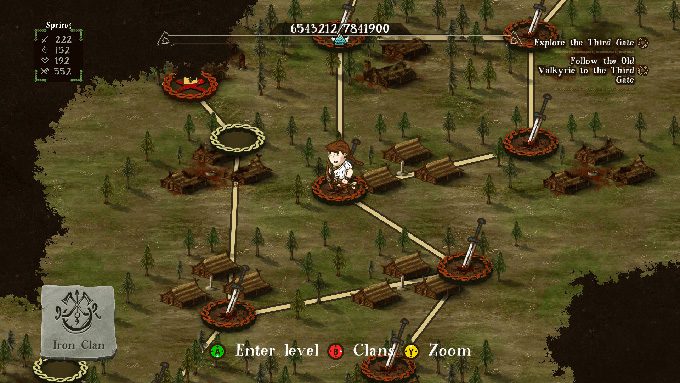 The story mode is traversed through an overworld map. Each point on the map is a combat area that you will need to make your way through. Some areas require you to defeat a boss while others task you with defending a shrine. If the shrine can be successfully protected, you will be bestowed with a cute, winged familiar that will aid you in battle until its health is depleted. After each area is completed, the Glory you collected will be used to level up your Valkyrie. Each level allows you to pick from a selection of perks as well as increasing your four main stats; Attack, Defense, Health and Magic. The first three are pretty straightforward, while Magic is more subtle than you might assume. It doesn’t translate into spells, but rather increases the effectiveness of some of the perks your Valkyrie has. These stats and perks are inherited by every warrior you possess, so you don’t have to worry about losing them if your vessel is destroyed or abandoned. However, these buffs will not transfer into inanimate objects or enemy units. 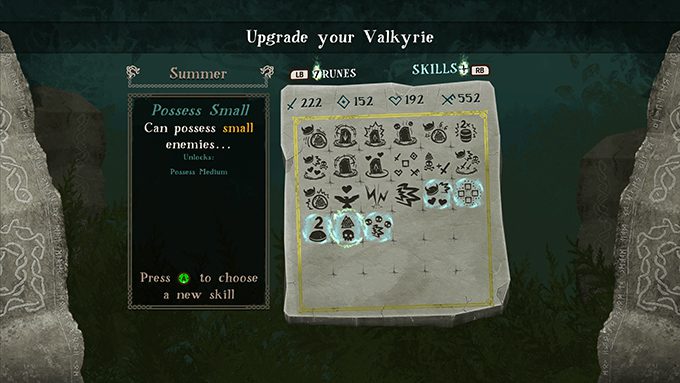 Story Mode can be played in two different styles; Beat ‘Em Up or RougeLite. Beat ‘Em Up is the more casual mode which allows you to re-enter defeated warriors as well as revive fallen teammates in multiplayer. If you’re looking for a bit more of a challenge, RougeLite features perma=death for your warriors and will cause a level restart if a single Valkyrie falls in battle. Story Mode can be completed in about 8-10 hours, but you will need to play through at least three times if you’re aiming to max out your Valkyrie’s level. In addition to the main story, there are also Deathmatch and Survial. Deathmatch is a competitive mode that pits each player against one another in a Last Man Standing scenario while Survival pits the players against endless waves of enemies until only one Valkyrie is left alive. 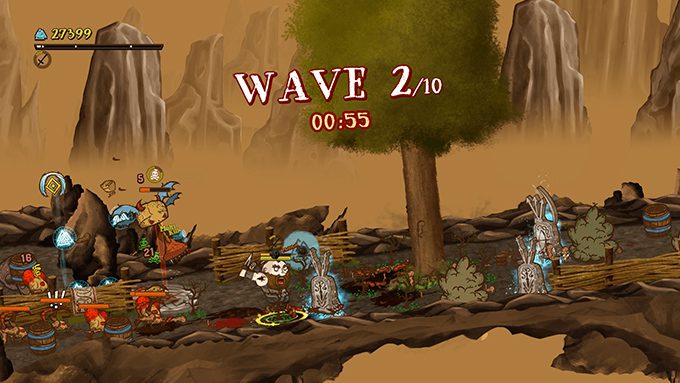 Die for Valhalla scratches that itch for Beat ‘Em Up fans and its possession mechanic breathes some new life into the genre. The only downside is that the developers definitely designed this game with multiplayer in mind. As a 4-player experience, it is a fast-paced, frantic and fun time. Unfortunately, playing through the Story Mode in single-player can become repetitive and tedious very quickly. As such, be sure to have at least one other person who is willing to go on this adventure with you. It will make a world of difference. You can pick up a copy for yourself starting on May 29th for PC, Mac and Linux via Steam as well as PS4 and Switch. Xbox One owners will have to wait an extra day due to how Microsoft updates its storefront. Full price is a modest $11.99, but you may be able to get it for a couple bucks cheaper in its first week of release. For links to the various storefronts as well as up-to-date information, be sure to visit the game’s official website. Share your thoughts in the comments and, as always, Happy Gaming!

Summary: An ingenious new entry in the Beat ‘Em Up genre that is sure to give you and your friends countless hours of enjoyment. Its numerous modes and play styles make the game accessible for casual fans or challenging for hardcore gamers. Its self-aware sense of humor is sure to provide at least a few laughs and its story, while predictable, is very enjoyable. The single-player experience definitely pales in comparison to its multiplayer counterpart, but it is still possible to complete the game on your own.