Just got some breaking news from the world of Star Wars that has gotten us all excited.

According to a press release sent out today along with a story on starwars.com , Emmy nominated producer and actor Jon Favreau will executive produce and write a new live action Star Wars series for Disney’s streaming service.

“I couldn’t be more excited about Jon coming on board to produce and write for the new direct-to-consumer platform,” says Lucasfilm president Kathleen Kennedy. “Jon brings the perfect mix of producing and writing talent, combined with a fluency in the Star Wars universe. This series will allow Jon the chance to work with a diverse group of writers and directors and give Lucasfilm the opportunity to build a robust talent base.” 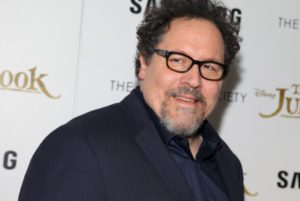 Favreau expressed his excitement for the prospect of working with Lucasfilm as well. “If you told me at 11 years old that I would be getting to tell stories in the Star Wars universe, I wouldn’t have believed you. I can’t wait to embark upon this exciting adventure.” he said in a statement.

Jon Favreau is known for his acting roles and for directing Iron Man, which launched the Marvel Cinematic Universe as well as its sequel Iron Man 2. He has a long history with both Lucasfilm and Disney having been featured in the animated Star Wars: The Clone Wars series as well as being in the upcoming Solo: A Star Wars Story. He is also the executive producer of the Iron Man films as well as the Avengers films and has directed both the live action version of The Jungle Book for Disney, but the upcoming The Lion King as well.

There is not title yet for the Star Wars series, but with this announcement, we can expect more news coming soon.