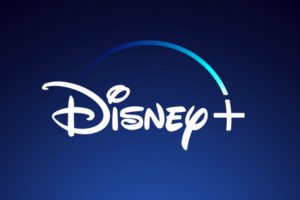 November 12th, 2019 will be a date that will live forever in Fan history. On this date, the comic book industry will be forever changed. Not because of the works of a publisher or creator, but because when it comes to fandom a new era has begun. On this day Disney launched its massive streaming service Disney+. Included with Disney’s own animated and live-action offerings was access to Marvel’s own library of content all located on one streaming site.

As I logged in alongside most of the country, I sat and stared at what Disney had built and the thought hit me like a freight train. This is the future. What I am looking at is the next generation of Marvel fans. What I was looking at was the future of comics.

Names like Steve Ditko, John Romita, Roy Thomas, Jack Kirby, Stan Lee, John Byrne, Jim Steranko, Neal Adams, Joe Quesada, Dave Cockrum, Jim Starlin, Joe Simon, Jim Lee, Rob Liefeld, Todd McFarlane, Marc Silverstri, Gene Colan, John Buscema, Gil Kane…and on and on and on ….The House of Ideas that generations before came to know and love, will be lost to this new generation because they will not grow up on the books of Marvel, but on the media of Marvel.

The next generation of fans will come to know the characters of Marvel through the actors and animators of Marvel. Robert Downey Jr. will have more meaning to them the name of Stan Lee. Stan will be the answer to random trivia not the forefather of the medium, and it’s here that my heart breaks.

Our children and our grandchildren will not learn about Spider-Man, the Fantastic Four, The Hulk, The Avengers, The X-Men and the rest of Marvel’s roster of characters through comics. They will first learn of these concepts and these characters through the media that will be pumped into their brains at an age before they can walk and it will only be later if they are committed to the hobby, the industry, and the medium will they learn about the names of those that came before.

This is not like previous generations of fans that had TV and movies at their disposal. This is a generation that will be introduced to the characters and company without any basic knowledge of where these creations came from. Comic books will be a foreign concept to a fan that is under the age of 10. They will grow up with a digital library at their fingertips, not knowing the efforts that it took to build this empire.

I’m not crying that the sky is falling, but I am saying that today will mark a new age of fandom, a generation of fans that are raised on the films, television and animated works of Marvel long before they are aware of the medium of comics and it will not be a small section of the public, but the majority of future fans that will be raised this way.

What we are witnessing is a changing of the guard in fandom. A separation of the generations.

Our children will look at us with our single issues and graphic novels as we looked at our parents with their 8-tracks and cassette tapes. A fan born today will be raised on a diet of digital content of Marvel, and then if they do become interested in comics will likely switch to a digital comic subscription and have day and date access to new titles to add to a vast collection of digital back issues all for a price lower than one graphic novel. This is the future of the industry.

The question becomes how do we integrate physical comics into this future generation of fans? How do we keep the industry alive? Not just Marvel, but the entire concept of print media? With more eyes on comic-based properties than ever before, how does the comic industry capitalize on this opportunity? There will be MILLIONS of Disney+ subscribers by the end of the day. An audience that is far larger than any comic readership. How can we as an industry turn those subscribers into future patrons at a local comic shop? Comics will never die as a medium, but if creators and publishers do not quickly figure out how to cater to this new generation the future may be lost. Today was a watershed moment for the industry…I’m just not sure anyone is paying attention to the changing tide.