Diversity Aboveground: By the Numbers

It’s that time again. A new fall television season is about to start. What about representation? Is it any better than last time? How does it look by the numbers?

Fantasy fan favorites Amy Acker and Stephen Moyer are the Struckers who join an underground mutant community after their children’s powers are revealed in The Gifted. Hopefully, this will be more Legion and less Mutant X since it will be an official Fox Marvel property. Among the other mutants appearing on the series are Blink (Jamie Chung), Polaris (Emma Dumont) and Thunderbird (Blair Redford). Even though he won’t be seen on the series, Dumont has described her character as “Daddy’s girl” and that she does indeed have Magneto’s powers like in the comic but will that include flight? Either way, it sounds promising for a diverse cast especially the female characters. 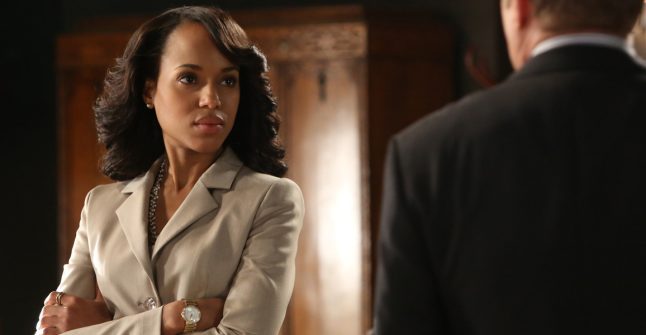 How hard is that, right?

So yeah…turns out the networks do feel it’s hard working in more than one gender onto a series on a regular basis.

ABC improved from last year so that all of its series have female cast members.

Fox! With Bones, Pitch, Scream Queens and more officially canceled, Fox fell from 93% to 72%. All the networks are hampered to an extent by football and not hiring female commentators or announcers but still, it’s not that hard. It’s not like the audience is expecting every series to have a-

The winner of last year’s rookie series was This is Us. Chrissy Metz became a household name and a role model for women everywhere, not just those who are also plus size. This is Us was the top rated drama this season. It has a diverse cast of strong women and African-Americans in engaging story-lines that keep people coming back week after week.

Seriously? This is a severe drop from last year for everyone except NBC. NBC went from 57% to 52%. For everyone else, it’s like they declared a war on women. CBS doesn’t have a single new series with a female lead. New CBS Entertainment chief Kelly Kahl said. “We want our slate to be inclusive, we want it to be diverse. We can debate … the pace of the change, but there is change at CBS. We are making progress.” He also made sure to mention new diversity among writers, directors and contestants on their reality shows. Maybe those writers and directors will eventually get their own programs?

With those numbers, it’s a little scary to think of their representation for…

Even though Archie may sometimes resemble a vampire, actor KJ Apa is the son of a Samoan Matai and proud of his heritage, including tattoos to commemorate important occasions like his dad becoming chief. Riverdale had a mixed first season in diversity. Archie and Veronica (Camila Mendes) had major roles as expected but others like Josie McCoy (Ashleigh Murray), Reggie Mantle (Charles Melton) and Kevin Keller (Casey Cott) were often sidelined, having weak plot-lines or barely appearing in episodes.

Showrunner Roberto Aguirre-Sacasa confirmed at Comic-Con that Keller will have a bigger presence, including his own episode. Nothing has been confirmed about Mantle or McCoy. Mark Consuelos joins the cast as Veronica’s father. The most interesting new addition is Toni Topaz (Vanessa Morgan); a member of the Southside Serpents gang that Jughead (Cole Sprouse) just joined. She will also be keeping her pink hair and bisexuality that she’s known for from the comics.

Loving the pink hair, @VanessaMorgan! We can't wait to see you bring Toni Topaz to life for #Riverdale Season 2! pic.twitter.com/Rp1x9nIuVt

For these first set of numbers, the network simply has to have a Person of Color in the cast.

Well, actually…that’s not so bad. It’s definitely not as good as the numbers for having female cast members but most networks stayed about the same or improved over last year. One notable exception is Fox. It dropped 14% despite the success of Empire.

But how do the numbers look for…

People of Color as Protagonists

ABC premieres The Mayor about a struggling rapper (Brandon Micheal Hall) who runs for mayor as a publicity stunt. The joke’s on him when he wins. The series was created by Jeremy Bronson and Daveed Diggs. Bronson was an integral part of the first four seasons of The Mindy Project and was briefly a co-executive producer on Speechless, now in its second season! Diggs originated the roles of Marquis de Lafayette and Thomas Jefferson for Hamilton but has more than a decade of experience in music and theatre. He will be involved in creating the raps used in the series.

Well, that’s horribly embarrassing. It appears almost everyone lost half their leads. CBS is consistent, at being the worst. Remember how Kahl said they were working on diversity? Of course, losing all their Asian leads from Hawaii Five-O doesn’t help either.

ABC’s numbers might not be getting better any time soon. The majority of its series with female and/or People of Color in lead roles were created by Shonda Rhimes. Her last two series were canceled by ABC so she’s now contracted under Netflix.

Since this column is on the subject of numbers today, how well did that Oscars diversity initiative work this year? From a viewer standpoint, it looked a lot better since Moonlight won Best Picture and the acting winners weren’t quite so Caucasian dominated.

But what about the nominees as a whole?

There were approximately 205 professionals nominated for an Academy Award earlier this year.

7% are African or of African descent.

3% are openly gay, lesbian or bisexual.

2% are Asian or of Asian descent.

None named are Indigenous although there were nominated films concerning them.

Muslims were a success story this year, including  Mahershala Ali, beginning of section, who was the first Muslim to win an acting award and Asghar Farhadi who won Best Foreign Language film. Farhadi boycotted the ceremony over President Trump’s travel ban and sent fellow Iranian Anousheh Ansari, above, in his stead. Ansari was the first Iranian in space but also the first female to use her own money to travel to the International Space Station.

African-Americans are definitely up from last year’s TWO nominees. However, last year had over twice as many Latino nominees. Unfortunately, about half those Latino nominees were due to The Revenant. It doesn’t seem plausible that Alejandro González Iñárritu employs the majority of Latino film technicians.

Instead, it appears that Hollywood has a problem that spreads far beyond its acting categories. The majority of Caucasian male nominees were in technical categories like Visual Effects, Film Editing and Sound Editing. Mildred Iatrou Morgan and Ai-Ling Lee from La-La Land lost in their Sound Editing category to Arrival but they were the first female team to ever be nominated. More pressure needs to be put on production companies. Are they making it a priority to seek out diversity? Where are they looking for internships or applicants? Are they taking advantage of STEAM initiatives in schools?

“Sense8 is already a very sex-forward show but I do think that it could be more explicit. But really, that’s up to the Wachowskis and the actors. We just want to be a platform for their vision.”

Could this idea catch on and help change the industry as a whole?

Next Column…is there a problem with male Caucasians and how they’re now portrayed?

Diversity Aboveground
Are you an Insider?News, reviews, & updates are just the beginning.