That is not an exaggeration. We’ve been waiting two years for this. 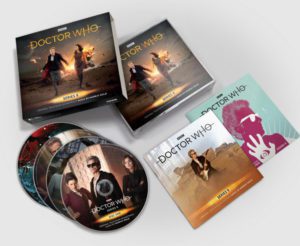 Relive the glory of Season Nine through Murray Gold’s fantastic scores, while looking at the amazing poster designs by Stuart Manning. Can’t wait until April 27th? You can find some of Stuart Manning’s designs on the Internet, on his Twitter, and on his Redbubble page.

I know, I know, you’re wishing for a TARDIS right now, aren’t you? I know I am. I can’t wait to listen to this soundtrack, personally. To be honest, I’ll probably cry while listening to it.

What do you think? Are you excited that it’s finally getting released, or do you think it has been too long? I know I’m excited, and as long as it’s released I’m a happy lil’ nerdess!

BBC Doctor Who doctor who season 9 soundtrack
Add your voice!Join the conversation on Discord...
Join Our Discord