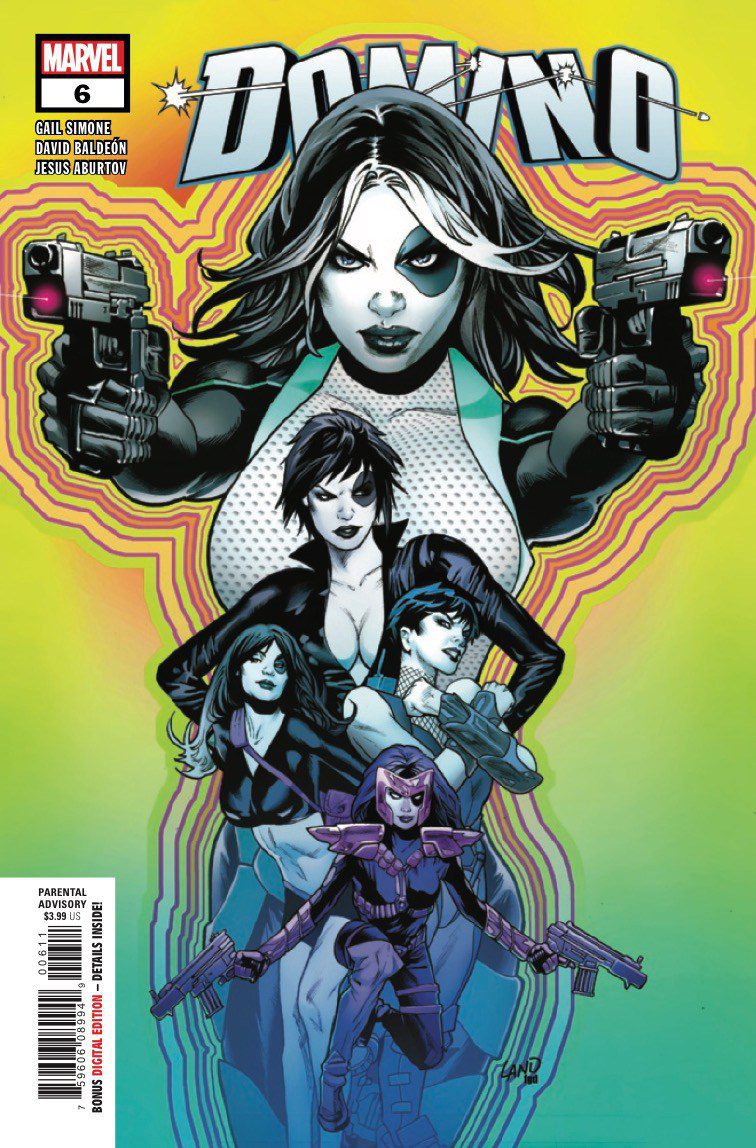 FINALLY! (Insert 5,000 clap emojis.) We finally get the Domino we’ve been waiting for since Marvel started the series back in April.

With the exception of Domino #5, this run has been pretty meh up to this point. I like both Outlaw and Diamondback. Topaz has been pretty intense. Domino and Shang-Chi’s sexual tension has been pretty damn funny. But this has so much more potential. Domino’s a badass and she finally remembered that in Domino #6.

In that moment where she finally remembers who she is, and knocks out Chi, I think we get the best back-and-forth of the entire series.

Topaz: Keeping him out of the fight won’t save him, Nenna. Anyone…anyone you love…I’m going to ruin.

Domino: I’m not worried for his safety, Topaz. I was worried he’d try to stop me from killing you.

I guess it wasn’t really a back-and-forth. It was more a back-and-shut-up-because-you’re-dead-where-you-stand. (That is a thing, by the way.)

As much as I loved that line, I was a big, BIG fan of Domino’s response to Topaz lecturing her about will and spirit, and calling domino a superhero.

“See, that’s your mistake, lady. I’m not a superhero. I’m a Disney Princess!” Legitimately laughed out loud reading that as she smashed Topaz over the head with a huge rock. And she didn’t stop there either.

“Everyone in the Kingdom loves me! I have a furry animal friend! I just…I just need a wish song.”

And I was very satisfied with Domino ending Topaz. Needed to happen. Not just because Topaz is absolutely nuts, but because Domino actually isn’t a hero. As much as she’s gone through some serious emotional torture over these six issues, that fact has not changed.

Baldeon’s art, in general, was great for this series. First became familiar with his work in Spirits of Vengeance (which I hope Marvel brings back). I think he does an exceptional job of capturing character when they’re helpless and in their most sinister moments. I can’t fully put my finger on why, I feel that way, but I think it has to do with their eyes.

Excited to see what Domino does next, now that she has her mojo back.