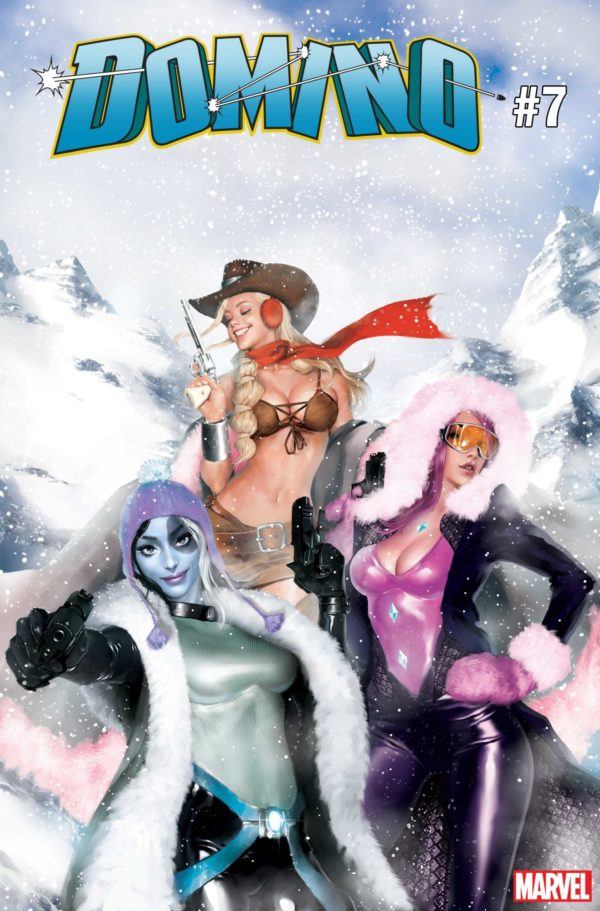 This is exactly what I expected to get when Marvel gave Domino her solo series. Not so much the vampire part, but just the fights in general.

What a phenomenal job by David Baldeon I this issue. The vampires were beyond terrifying. I would say the final explosion, courtesy of Diamondback, was the best image in the fight. However, the vampire bride lying there, dying (or whatever it is vampires do) was Baldeon’s best work.

She had such an innocent look, even though she and her friends had just attempted to tear Domino, Diamondback, and Outlaw apart. At first, I felt for her. It sounded like the vampires that turned her were your typical cold-blooded vamps.

But then she changes her turn, REAL QUICK.

Turns out the vampires are plotting to take over the world — which explains the first page of Domino #7. And when the vampire bride said there’s some type of vampire rebellion coming?

Apparently, this rebellion has a leader: Morbius. (Interesting move by Marvel to put him randomly at the forefront when there’s continued movie talk.) But he’s knocked out was being held in a crate by the people who are supposedly on his side. Doesn’t make a ton of sense. And I’m not sure why a Wakandan is interested in Morbius either.

It all seems very weird. Weird is good though, should take a while to clear everything up. Plus, we might have a Blade sighting in this story. Love the sound of that. Hopefully, he helps clear things up before the anti-vampire side attacks Domino — who has now been mistaken as a vampire because she’s albino.

Domino #7 is a great start to the new Domino story. Seems like there’s a lot of potential.