Inspired by the Big Brothers Big Sisters’ mission of creating and supporting one-to-one mentoring relationships that ignite the power and promise of youth, Dragon Con challenges its fans to support the charity and get involved.

The convention has raised more than $566,000 over the past five years for its annual official charities through convention-based auctions, special merchandise sales, special events, and Dragon Con’s dollar-for-dollar match up to $100,000. Last year’s charity, The American Heart Association, received more than $142,000, including funds from the convention match.

Nearly half a million children in Metro Atlanta live in communities with low or very low child well-being. Big Brothers Big Sisters of Metro Atlanta matches children facing adversity with adult volunteers – known as “Bigs” – who serve as mentors to help the children – known as “Littles” – achieve their full potential.

Have you seen this:
Sarah Shahi casted in 'BLACK ADAM'

“We have already been at work brainstorming ideas on fundraising,” said Reeves, “as well as supporting their mission to solicit ‘Bigs’ into their program so that more ‘Littles’ can be matched and then mentored.”

Dragon Con also announced its plans for “Superheroes” community service project for 2020. Each year, the convention invites its members and fans in the Atlanta area to participate in a series of projects reaching different aspects of the metro area’s non-profit community. 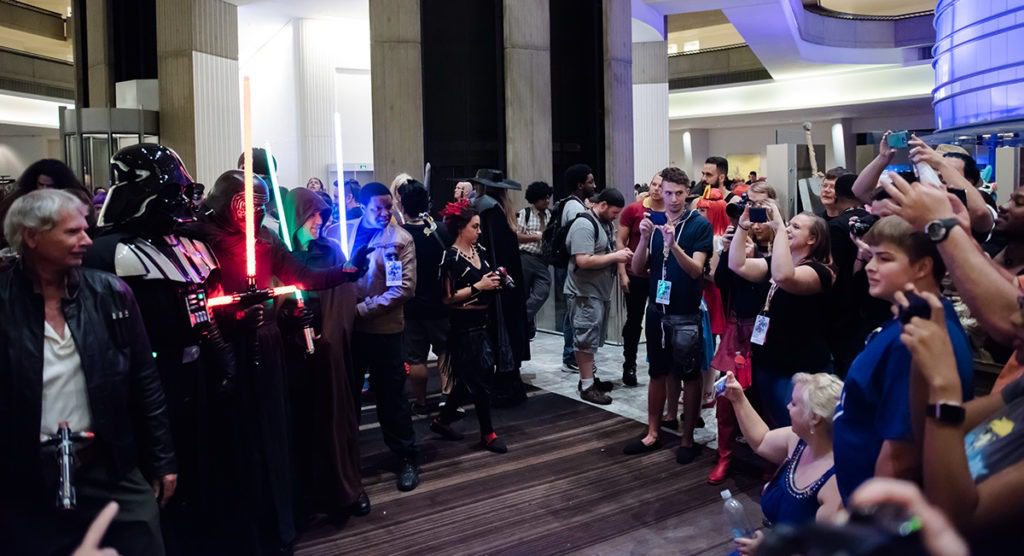 “Working in the community is also an important way of giving back,” Reeves said. “Through volunteerism, we are able to help some great organizations achieve their mission, and it also helps the great big Dragon Con family give back to a city that means so much to all of us.”

Since the Superheroes program began in 2013, Dragon Con’s members and fans have donated nearly 4,000 hours to various community projects.

In the next episode, Dragon Con volunteers will assemble at Atlanta Mission on April 11 to give the shelters a good spring cleaning and help sort donations.  Two additional episodes, which have not yet been scheduled, will support needs identified by Big Brothers Big Sisters of Metro Atlanta.

For additional information on the Superheroes program, including how to get involved, please visit www.dragoncon.org/?q=superheroes.

atlanta Charity Dragon Con
Are you an Insider?News, reviews, & updates are just the beginning.