The Good
One thing that this film does with unquestionable precision is delivering really intense moments of suspense. Writer/Director Christopher Nolan does an impeccable job of communicating the sense of danger that the war created for the Allied soldiers. It felt as though there were rare moments when the audience could really get a moment to breathe or be comfortable.

One thing that I appreciated with this film was that Nolan did not rely on over sensationalizing the effects of war with gratuitous scenes. We didn’t have to see soldiers with their limbs cut off and blood everywhere. The look of depression and helplessness was written on every soldier’s face.

On paper, Dunkirk gets the basics right from a technical standpoint. Nolan certainly put his camera work to play with really engaging shots and angles that draw you deeper into the film in a visual sense. One of the best examples would probably be the scenes in the air fighter planes. So many times it felt as though I was flying the actual plane as the pilot

Besides that, the score by Hans Zimmer was perfectly done. The music intensified in the face of danger or lightened up during times of relief. The sound design of the film was also really well done. Almost every time you hear a gun shot or explosion it sounds as if you’re hearing the real thing and not just some sound dub.

There were some touching moments in the film, but the ones that stand out the most may be Tom Hardy’s scenes. I would say that while his role was not the biggest in the film, he certainly steals the movie. He’s one of the few characters that audiences can connect with, and his scenes were some of the best highlights of the film.

The Bad
Christopher Nolan typically masters the art of time elapsing in his films, but that’s not the case here. While you may eventually catch up with the various time overlaps in the story, they simply did not appear to be well done in my opinion. It seemed a bit confusing because at one moment we’re in “Time B”, but then we go back to visit “Time A”, only to see how “Johnny” later syncs up with “Time C”. (Did you catch all that?) Maybe Nolan outsmarted some people with how he handles the time elapsing, but in my opinion, it just came off as poor editing.

As someone who’s experienced foreign language films, I was surprised at how difficult it was to make out some of the dialogue. Some of the English accents were really thick, and it caused a bit of a distraction. Characters would convey important information in the movie but you may find yourself instead of trying to decipher what they said in the first place.

I think this film’s focus also hurt the story too. It seemed as though the film couldn’t make up its mind in terms of having us focus on the collection of characters or the historical war event itself. Because of that, it became rather difficult for me to emotionally connect with either aspect of the film. While we have a few characters that appear to be the focus, we don’t really get enough from them to become emotionally invested. Sure, we may be happy that this or that person may survive, but it becomes quickly forgettable at the end of the film.

Furthermore, this movie was intended to focus on the rescue efforts at Dunkirk. According to the director, this movie is not a “war movie” but more so a “rescue movie”. If that is the case, then the very rescue moments in the film are quickly overshadowed by so many other things in the movie. Tom Hardy’s scenes quickly erase and overshadow the rescue moments. There’s also so much more time devoted to the perils of war, and not the rescue itself, that the payoff just felt very underwhelming.

The Reason:
First of all, make no mistake about it. I am a huge Nolan fan. So in no way shape or form should anyone take these criticisms as me being cynical. The reason I say this is because for some reason there are number of critics and outlets suggesting that this movie is practically flawless. While I have no problem with people really liking the movie, it does feel a bit disingenuous to me that some would fail to find at least some flaws in this movie.

I think that Dunkirk was a technically sound movie. The visuals, the music, and the sounds all warrant for the film to be seen in theaters. It makes you feel like you’ve gone through a war-like setting by giving you that unique experience. On one hand, I think that Dunkirk delivers the expected intellectual aspects that a Nolan film should provide. On the other hand, it also lacks the emotional punch that most war films or even rescue films leave you feeling when the movie is complete. (I got more feels from Hacksaw Ridge)

I think Dunkirk is worth checking out in theaters, but with some caveats. If you’re a Nolan fan and a film purist, feel free to go see this and make up your own mind. If you’re a casual movie fan who’s expecting a “war movie”, then I’d say lower your expectations and maybe make this more of a matinee outing instead. As a Nolan fan myself, I’m disappointed that this isn’t Nolan’s best work, but Nolan’s worst is still good quality compared to others. 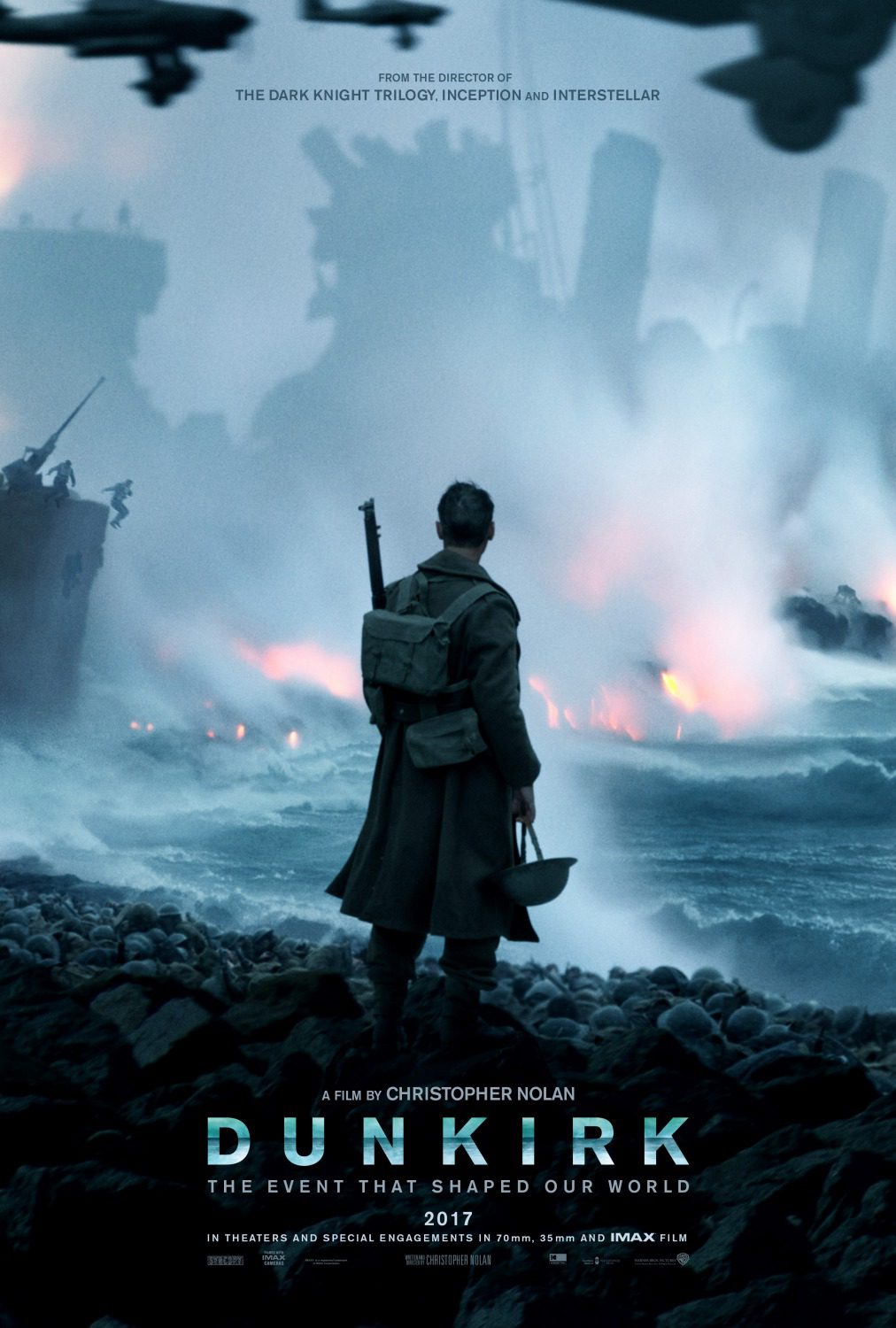