Centuries after his death, Luo Guanzhong’s Romance of the Three Kingdoms is as popular now as it has ever been. Thanks to the medium of video games, more and more people have become familiar with this historical novel set in the Three Kingdoms era following the fall of the Han Dynasty in China. Dynasty Warriors 8: Xtreme Legends Complete Edition is the seventh ‘hack and slash’ game in this series, offering a more complete package on the Playstation 4. Are updated graphics and additional gameplay content enough to justify its purchase? This review says yes.

Having spent hours playing the original release on the Playstation 3, I was pleasantly surprised at how much has been improved. In the era of rushed HD remakes, it was nice to see a game that was thoroughly upgraded. In terms of graphics, this game feels like a next generation Warriors title game. Animations are cleaner, graphics are clearer, and battlefields have proper lighting. Gameplay benefits from the next generation update as there are more enemies on the field at any time, there are fewer slowdowns in combat compared to the original release and the frame rate only dips slightly during the most chaotic sequences. Frequent slowdowns have been a problem for the series since the first ‘hack and slash’ game, Dynasty Warriors 2. It is amazing to see how well the Playstation 4 version plays, especially considering how many additional soldiers are now on screen. 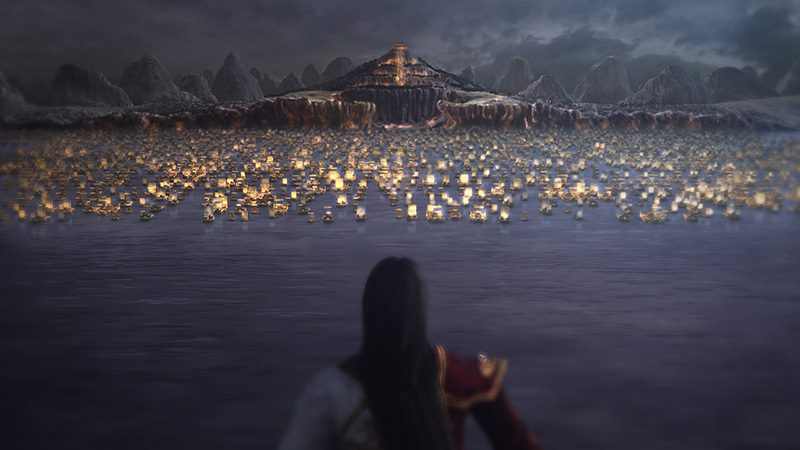 Although the number of improvements, to Dynasty Warriors 8: Xtreme Legends Complete Edition, are many, the game itself is fundamentally unchanged. As stated previously, the story for Dynasty Warriors 8: Xtreme Legends Complete Edition is based on Luo Guanzhong’s historical novel, chronicling the fall of the Han Empire and the rise of the Three Kingdoms, Wei, Wu and Shu, from 169AD to 280AD. Each Kingdom has its own heroes with their own stated goals, be it unification of China, the protection of family lands, or the continuation of Han traditions. Much is written about Luo Guanzhong’s portrayal of the Three Kingdoms and his bias towards the Shu, who feel like the quintessential good guys in this story. Even then, players don’t feel like villains when playing on behalf the other Kingdoms. Though cruel, Cao Cao makes it clear that only through strength can peace be brought to the land. The suffering of the people is always on his mind, even when he is inflicting suffering himself. Even Lu Bu, a villain of the era, is presented as more than a ruthless warlord. His motivations are split between proving his strength and fulfilling the dreams of the woman he loves, Diaochan. The criticism here is that aside from Dong Zhuo, there are no real villains to fight.  Factions are opposed to each other because of their methods more than their ultimate goal, even if they differ in what their vision of what China should be. Writers could have spent more time discussing the differences between the factions to give players more motivation to take up their weapons and go to war.

Despite this being a game set during the Three Kingdoms era, players shouldn’t expect to listen to classical Chinese music. Dynasty Warriors 8’s music consists mainly of electric guitars and drums.  Although this may seem out of place, it complements the intense action on screen. It also fits with the game’s overall design, which forgoes historical accuracy in character and weapon design in favor of anime-inspired style. Many of the characters look more like J-Pop idols, than battle-hardened warriors. According to Chin Soon Sun, a Koei Tecmo community manager and former Koei Warriors webmaster, characters were designed to appeal to Japanese audiences, not Western ones, as the game is a triple ‘A’ title in Japan.  One wonders how a more historically accurate Warriors title would sell, especially in the West. If players aren’t fussy about Dynasty Warriors 8’s costumes, they have the ability to change them to costumes from older games, as well as special costumes from a set available as downloadable content. Players also have the ability to change music before a battle, choosing from a large selection of music, including tracks from previous Dynasty Warriors games. Finally, there is also the option to change the spoken language from English to Japanese. Suffice to say, there are more than enough customization options for even the pickiest players.

Gameplay is almost the same as the previous title, Dynasty Warriors 7, which was a big improvement from simple button pressing, the series was originally known for. As stated previous, this is a ‘hack and slash’ game, a third person action-adventure game which is heavily focused on combat. Players control a character that fights his or her way across a large battlefield through hundreds of enemies. As with the previous title, each character is able to use two weapons in battle which can be switched at any time. Switching is made even more important with the addition of the ‘Heaven, Earth, Man’ elemental system. This “rock, paper, scissors” dynamic adds an additional layer of depth to the game’s simplistic battle system. Though not revolutionary by any means, it does make combat more interesting. Each battle is broken down into a series of objectives to be completed, from taking bases to protecting generals. Unlike previous Warriors games, don’t expect to mount your horse (or elephant) and charge the enemy encampment. Routes are blocked off until certain objectives are met, forcing players to stick to the script. This doesn’t, however, mean you’ll be spending half-an-hour or more playing through one battle. Despite what you may have heard from other reviewers, battles rarely last more than twenty minutes, even if players are taking their time.

As with the original game, Dynasty Warriors 8: Xtreme Legends Complete Edition offers a variety of gameplay modes, which can be played with one or two players, from the standard campaigns for each faction in Story Mode, to the ability to replay stages in Free Mode, and the Ambition Mode which allows players to chose a hero to fight across China. Xtreme Legends Complete Edition adds an additional faction campaign which follows Lu Bu’s rise and fall, Challenge Mode, a mode found in previous Xtreme Legends titles, and an additional Ambition Mode mission, tasking players to recruit heroes and again conquer China. Though campaigns are shorter and not as faithful to Luo Guanzhong’s historical novel as they were in Dynasty Warriors 7, they do have ‘what if’ scenarios, allowing players to change the course of history by completing certain objectives. Players are also not limited to a single character per stage like the previous title, but given a choice of three warriors to take into battle. All this adds to the replayability of each campaign. Regardless of whatever mode is picked, playing with a character levels them up. Defeating generals also rewards players with weapons to equip themselves. With a cast of eighty-three playable characters, completionists can expect to spend hundreds of hours playing the game.

Although this game is filled with hours of content, it can become repetitive. Though each character has their own unique style and EX moves, there is not that much difference in play style. Certain weapons do behave differently, but the combos remain the same. The plus side to this is that players will not have to spend much time learning how to use other weapons. Each character has a specific weapon they specialize in, granting them an EX attack with it. These EX attacks vary from additional combo hits to buffs like increased armor or damage. Characters can also switch between weapons mid-combo to increase combo length. Characters also have two unique Musou Attacks, helping to further alleviate the repetitiveness.  There are also additional weapons and remade stages from previous games available as downloadable content. There no shortage of content in Dynasty Warriors 8: Xtreme Legends Complete Edition, but how much mileage players get out of it will vary.

As a long-time fan of the series, I thoroughly enjoyed Dynasty Warriors 8: Xtreme Legends Complete Edition. It is hard not to recommend this game to fans of the ‘hack and slash’ genre, as well as those who love Japanese developed games. There is a lot of content to enjoy already on disc, and there is a lot of additional downloadable content for those who can’t put the game down. It isn’t perfect, but it is by far the best game in the series to date. Unless players or parents find any depiction of violence, even the toned down animated violence in this game, unacceptable, there should not be any reason to avoid this game, especially now that it’s available at half its initial release price.

Highlights: The complete Dynasty Warriors 8 experience, including 99% of the DLC for the last generation version, with enhanced graphics.

Weak Points: Aside from a new campaign, there is little to offer in terms of game content for those who already own Dynasty Warriors 8 on the PS3 or Xbox 360. 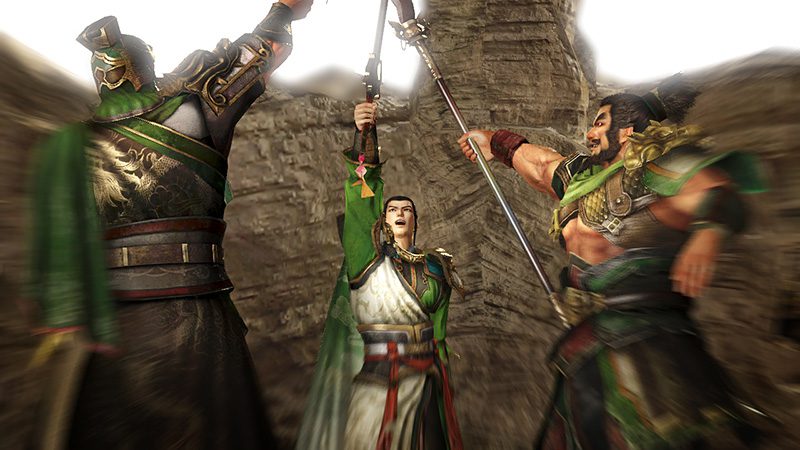