Earth Atlantis, from Headup Games and Pixel Perfex, has arrived to the Nintendo Switch. The first trailer premiered during PAX West and now the game is available on the Nintendo eShop for $14.99.

In Earth Atlantis, “The Great Climate Shift” at the end of the 21st century caused Ninety six percent of the earth surface to go underwater. Just think of a world where Waterworld meets Terminator, but sketched, and you travel by little submarines.

“Human Civilization has fallen. Machines have adopted the shape and form of marine animals. The ocean is full of creature-machine hybrid monsters.”

In the game the player takes the role of a hunter in a submarine as they navigate into the abyss that is the ocean, and hunt monsters as you go along. This game actually consists of just one extremely large level. With each boss kill, they unlock another portion of the level and open the map to more discoveries. 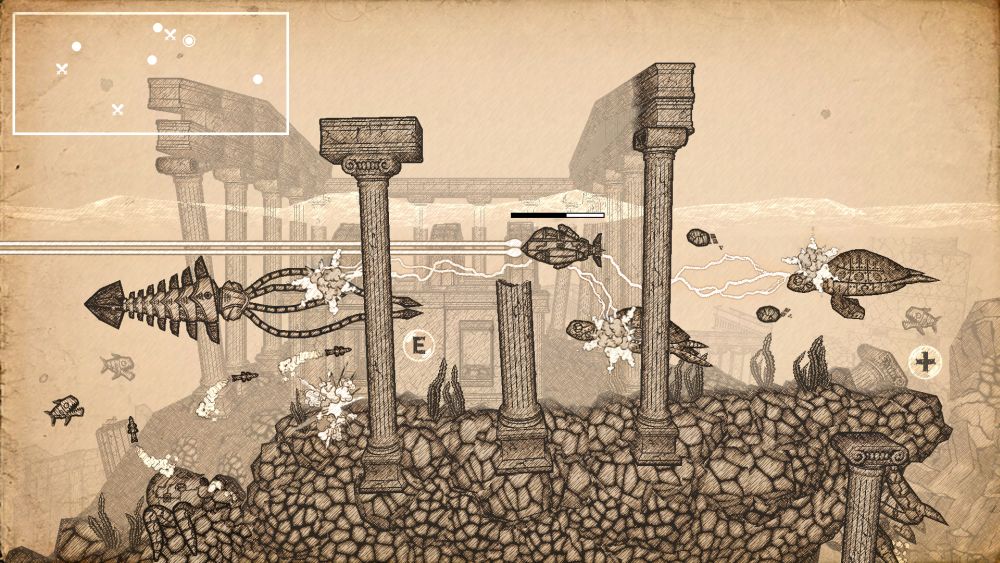 The boss fights can get a little tricky. Just like many other games, each boss has a standard pattern of attacks you must memorize in order to defeat him. The tricky part is avoiding the one-shot attacks, while dodging the 20 other items flying around the room.

Players can purchase different ships as they progress throughout the game, each with their own perks and abilities. This will certainly be something you will want to invest in as hordes of enemies can become overwhelming at times.

The graphics are uniquely stunning. This is where the game truly shines. The art-style is fully pencil-drawn with limited color. Very monochrome. But this actually sets the tone for this post apocalyptic world. The landscape in the background is a nice though as you pass buildings and sunken iconic monuments, such as the Statue of Liberty, which adds to the severity of this world. The game plays wonderfully both docked and in hand-held mode. 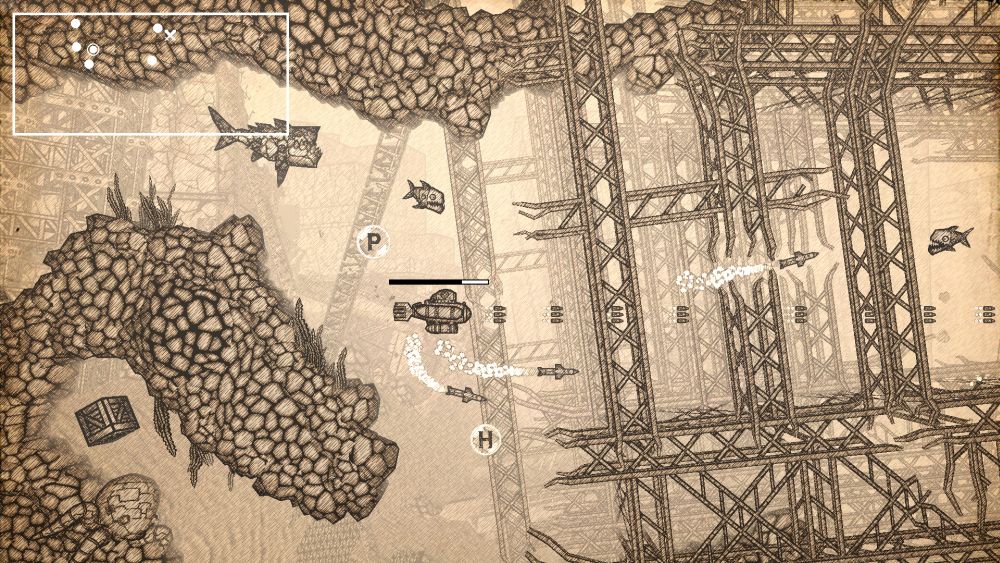 The game does have an auto-save feature but unfortunately there are not too many checkpoints, so don’t expect to just go right in Rambo-style. There were moments where I nearly raged quit after being placed far back enough. As I mentioned though, It doesn’t help that every time you die, you lose all your upgrades that you have obtained.

Some of the sounds effects could use some work.It would have been great to hear the roar of a large steel beast shooting missiles at you or as the smaller enemies swarm towards you, chomping their teeth. The background music is very calming, low paced, at times doesn’t quite fit with the speed of the game. Especially if you are playing at a harder difficulty.

Earth Atlantis is another solid indie addition to the NIntendo Switch. EA can be challenging at times but at the same time rewarding. Despite some of the challenges, I did enjoy pushing through the story and slaying cyber bosses, even if it was a one-off for me. I found this game perfect for on-the-go play.  As I mentioned, this can be played both docked and hand-held mode, I did preferred the latter of the two. Overall, I did enjoy diving into the world of Earth Atlantis, despite the few hiccups along the way. Pick up Earth Atlantis on the Nintendo eShop for $14.99 now.