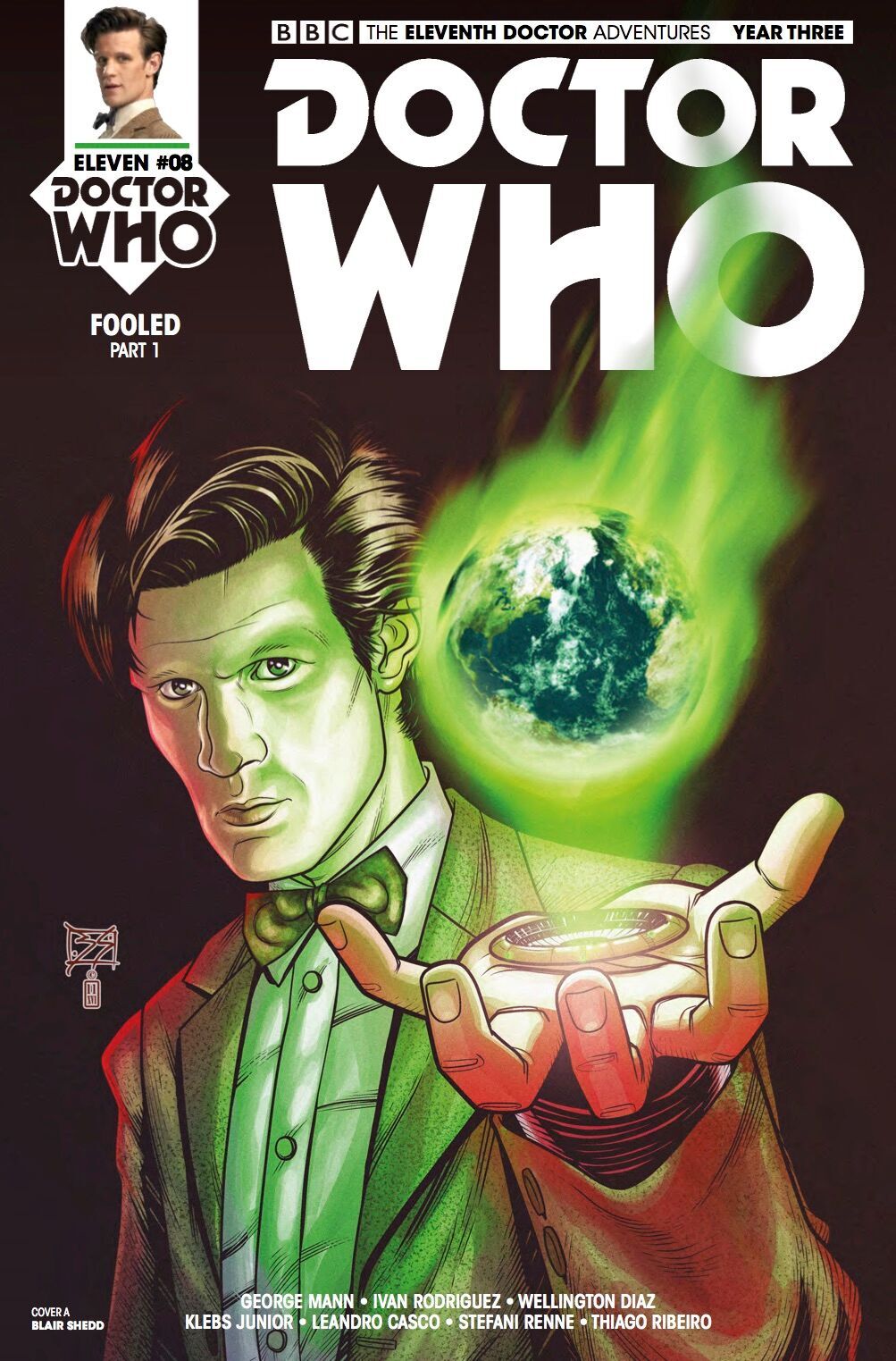 Fool me once, shame on you, and there’s a very good chance you’ll be stopped, especially if it’s the Doctor and his companions who you tried to fool.

Yes, a little trip back in time may have made a slight impression on the present, for example, a statue of the Sapling in all his glory, but the Doctor and his friends wanted to have a jolly good time at a carnival. Who wouldn’t want to spend some time at a carnival? Play some games that are no doubt rigged, get an ice cream (or at least five, if you’re the Doctor), look at the vendors selling their wares, and enjoy some of the costuming of the fair goers. 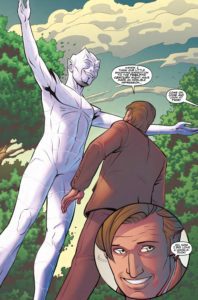 There’s a jolly ol’ jester running around taking pictures of all the costumes and happy fair goers, and the Sapling’s “costume” certainly caught his eye. Soon, the Sapling started to remember things that never happened… and they certainly didn’t come from either the Doctor’s nor Alice’s memories.

So, who’s memories are they?

All around the trio, Carnival visitors forgot their loved ones, what they ate, the time of events, and that they even bought what they did! Routing through all the newly acquired memories, the Sapling found that each person had their picture taken by the overly enthusiastic jester before their memories became corrupted. A merry old fool making, well, a fool of those around him. How appropriate… but no one’s laughing. 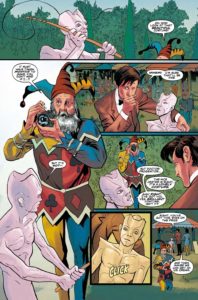 Using a fishing pole from a nearby carnival game the Doctor just couldn’t master, he nicked the jester’s camera, discovering it was capturing human memories, but once the camera snapped a picture of the highly suggestible Sapling, all the memories left the camera, leaving the jester, an alien, Krovian, utilizing a Shimmer (an outer façade to blend in with the native species), without the human memories his wealthy customer wanted so badly.

As soon as the Doctor smashes the camera, the memories leave the Sapling and re-enter their respective owners. The Sapling learns of the great emptiness one feels when someone loses something. The Doctor comforts the creature with wise words, saying this emptiness makes us appreciate the things we have. The alien creature learned a little bit of what it’s like to truly be human. 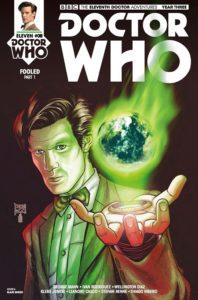 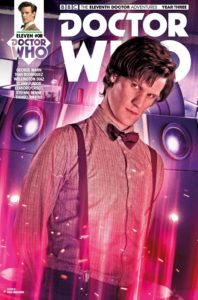 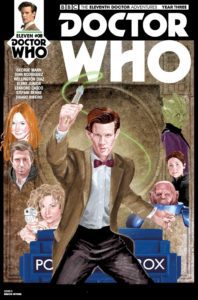 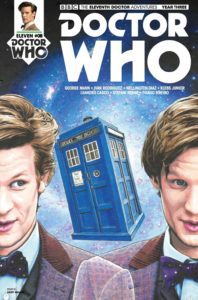