Before we get started, this episode was absolutely amazing, it hit on all cylinders, emotion, tension, action, writing, acting, directing, molded into a nearly flawless masterpiece.

I was obsessed with this episode coming up since the moment last week’s ended. The tension, Fitzsimmons striving to find a plan to escape the LMD replacements of some of the most powerful Agents of SHIELD, I must say this episode unquestionably lived up to the hype! I had said previously that the LMD story arc gave me some major Secret Invasion vibes, and this episode just compounded that feeling. I can’t begin to say enough great things about this episode, the writing, the acting, the effects, especially that it appeared to be majority of practical effects, the lighting, the music, the palpable tension and anticipation, the tosses and turns, this was one of the best suspense thrillers I’ve ever seen artfully displayed in a hour long (with commercials) superhero show. Agents of SHIELD has been one of my favorite shows since the pilot, even with some less than home run episodes, I’ve maintained a huge appreciation for the street level framework (pun intended) of the Marvel Universe and I am thrilled to see such an amazing arc and episode for this great show.

The first thing that I have to say about this episode is that our cast is truly at its prime. We get to see Clark Gregg, Ian De Caestecker, Henry Simmons, and Jason O’Mara give us amazing, menacing LMD performances, seeking to add the top elements of SHIELD into the framework and eliminate the other Inhumans at any means necessary. Mallory Jansen and John Hannah give us great performances as the parents of the Framework, but Jansen’s AIDA truly shines. As she decides to pursue forward with the integration of the SHIELD members into the Framework and replacements with LMDs hastily, rebuilds a RoboSuperSoldierSuperior to act as a guardian of the Framework, and even goes as far as slitting Radcliffe’s wrists and throwing him into the Framework in order to solve the paradox between her two prime directives, her performance throughout has been incredible, but AIDA has transformed so much and is really shining and giving James Spader’s Ultron a run for his money in the intimidation factor. The emotional performances this episode that tug at the heart strings are Elizabeth Henstridge, Chloe Bennet, and Ian De Caestecker, the tear filled emotional standoffs to determine who is real, and then Simmons and Quake’s having to bring one another back from the edge of death and giving up, the performances across the board we just out of this world; why don’t the comic book tv shows get nominated for Emmys again? 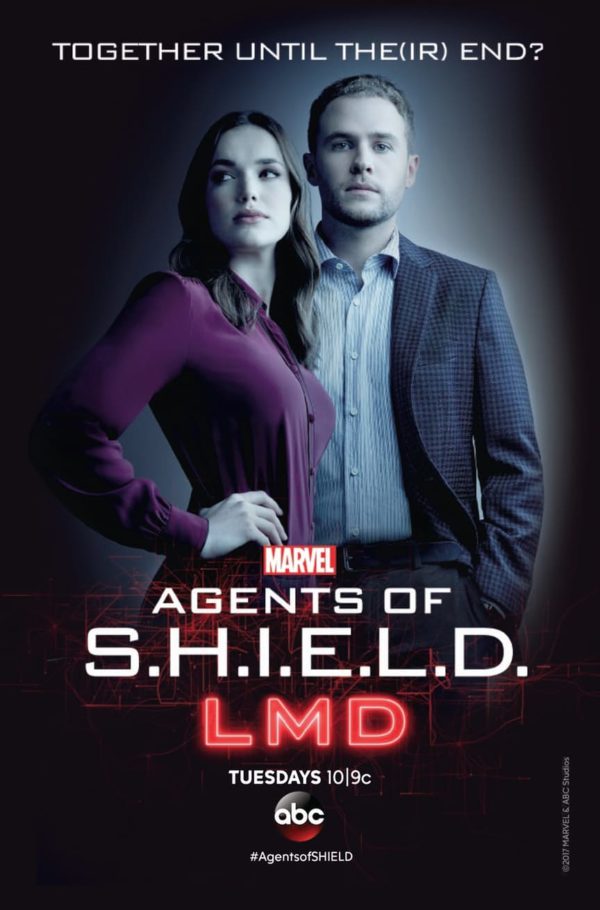 As powerful as the amazing acting is the wonderful writing and direction for this episode, both of which were brought to us by Jed Whedon himself. This episode is, in my opinion, the best that Agents has put out to date, and jumps up for high stakes into the entire MCU. The powerful emotions, the incredible amount of tension, and the wonderful action makes this show the one to beat. One of my favorite moments, as much as I loved the nail biting suspense, and the eye tearing emotional dialogue, is the incredible fight scene between Quake and RoboMace. Chloe Bennet has been a phenomenal performer in her fight scenes, both the group fight one takes, and the one on one hero v villain versions, and she continued to raise the bar against O’Mara.

This episode had it all, I really cannot say that enough, every commercial break was a cliff hanger, the LMD Detector going off made everyone hold their breath. The reveal for Fitz, Quake finding a room of robotic clones, May’s LMD having enough control of herself to let Simmons and Quake free and blow up the Coulson, Fitz, and room of Robo Quake Drones, while that felt like an easy solution and a May Ex Machina, I forgive it because of Ming-Na Wen’s beautiful speech. Fitzsimmons stand off after the LMD Detector went off was one of the most powerful scenes I’ve seen in anything, the chemistry between those two coupled with the incredible writing just made your heart ache for them. As we end our episode, Quake and Simmons decide the only way to find their friends to save them is to go into the Framework and hack it from the inside.

The world we see inside the Framework offers some incredible gasp worthy moments and raises some in tension questions and speculation for the upcoming episodes. First and foremost, Daisy wakes up to a text to ‘wake up her boyfriend and come into work’ the second most heart shattering thing this episode is when she utters ‘Lincoln’ to go into the bedroom to find a very different face in the picture frame, that’s right boys and girls, Grant Ward is back in the Matrix, I mean Framework! Next we see that Coulson is apparently a teacher of some type, writing why we should fear Inhumans, we see that Mack has a family as he grabs a kids bike outside, Fitz is getting out of a beautiful car grasping the hand of a woman, obviously Simmons right? Negative, we see her headstone, so how in the world she’s going to be running around the Framework to help is something we’ll have to see. The last thing we see is Agent May, standing tall in an incredible tower, the purpose of the tower? Hydra. Yep, HYDRA! 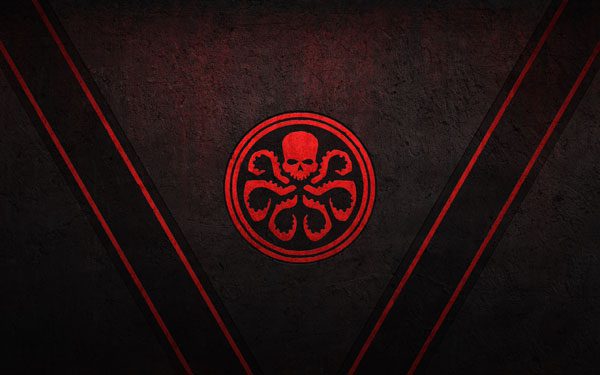 The only thing scarier than May as an Agent of Hydra, actually seems like the Queen Bee of Hydra, which has apparently taken over the world (I guess in the Framework the Winter Soldier ended very differently) is the fact that Agents of SHIELD isn’t back until April!

We have a lot of questions looming over the last 90 seconds of our wall to wall amazing episode, but fret not cadets , once they return I shall resume being your guide through the Framework, until then, don’t look at the DarkHold, make sure your LMD Detectors are active, and keep it nerdy.