DC metal band GLOOM has signed a worldwide deal with Entertainment One Music / Lifeblood Inc. and is releasing an all new track titled “Cede”. “We couldn’t be happier to be a part of the Lifeblood and eOne family,” says the band. “We’ve been hunkered down working so hard that I don’t think the reality has set in for all of us. We’re just really grateful to have such high a quality team backing us.” GLOOM will release their debut full length, Solaris, on June 2, 2017. 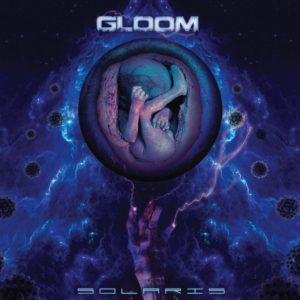 GLOOM will be opening the Devastation on the Nation Festival Tour throughout the US and Canada from 5/19-6/11 alongside  Cryptopsy, Decrepit Birth, Rivers of Nihil, The Zenith Passage, The Kennedy Veil, Visceral Disgorge, and Seeker via Continental Concerts USA. Presented by MetalSucks.

GLOOM began without career expectations and devoid of obligation toward any particular niche or sub genre. GLOOM trades in succinct, to-the-point, blackened death metal groove with a doomy swagger, created first and foremost as art for its own sake. That mentality has paid off in spades, as the band’s unrelenting authenticity and overpowering singular heaviness quickly made fans out of underground metal fans and media taste makers.

On their first release through Lifeblood, Inc. and eOne Music, the Washington D.C. quartet has fully hit their creative stride with nine masterpieces of sonic devastation and diverse musical prowess. Metal maniacs weaned on the dark ferocity of Norwegian black metal stalwarts Gorgoroth, the chaotic and challenging  surreal assault of early Burzum, or the demonstrative brutality of death metal icons Suffocation will find something evocative and provoking within GLOOM. These savage elements collide with combustible energy against the near psychedelic, progressive, and technical excursions reminiscent of bands like Between The Buried And Me, all intermingled with the atmospheric groove of Deftones and Tool.