EON Gaming is back with a new device that will bring your Nintendo 64 games into the future! The creators of the excellent EON GCHD have recently announced the EON Super 64, a first of its kind plug-and-play adapter that will finally pair your Nintendo 64 and HDTV in glorious 480p.  Check out the trailer below:

The EON Super 64 upscales the analog signal to a clean 480p image via HDMI. This means that it’s time to dust off your old copies of Super Mario 64 and Wave Race because you’ll actually be able to see the picture without giving yourself a migraine! Along with the lagless upscaling, the device also offers a “Slick Mode” that buffs out pixelated edges and smooths the graphics for a whole new look. 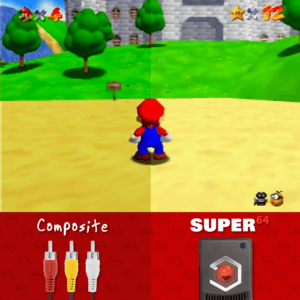 With the popularity of retro gaming continuing to rise, it’s great to see the classic games of the 90s brought into a new light.  As we noted in our review, the GCHD adapter essentially future-proofed the oft overlooked GameCube library and revitalized the console in the eyes of many gamers. The EON Super 64 looks to continue EON’s legacy of game preservation and progression by allowing gamers to experience Nintendo’s transition to 3D gaming while using the modern technology that we’ve become accustomed to. 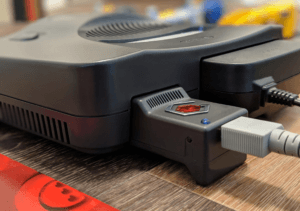 The EON Super 64 is available for pre-order now for $149.99 USD with shipping expected in late July.

Are you excited to play your Nintendo 64 games in HD? What games most deserve this modern treatment? Comment below and stay tuned to The GWW for more video game news and fun.