EXCLUSIVE: New Images From The Original ‘Titans’ Season One Finale

While the initial season finale to ‘Titans’ has been pushed to the premiere of season two, The GWW has obtained some exclusive images of what we are going to see when it airs. 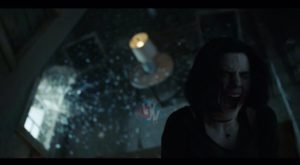 This first image shows Raven standing in a twisted version of her mother’s home, which is where we last left her and Trigon. It also seems to be an actual screen capture from the finished episode. 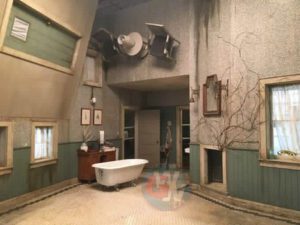 This is a BTS photo of Rachel’s mother’s house, likely after Trigon infects and warps it.

Back when the first season of ‘Titans’ was in production, it was planned to be a 13-episode series. Over the course of production and post-production, the show was drastically changed. The focus was supposed to be Rachel, but a chunk of the show would be on Dick Grayson instead.

Episode three was supposed to be titled “Starfire,” and revolve around the character of the same name and the backstories of the villainous Nuclear Family, but 90% of it was cut, with the leftovers being combined with what should have been episode four, “Rachel.” Together they became “Origins.” The last episode the cut was the finale, “Raven.” From BTS pictures released in DC Daily, and various other leaks, we know the finale would have seen the return of Jason Todd (presumably with Hawk and Dove), as well as Kori, Rachel, and Donna Troy getting comic accurate costumes. Brenton Thwaites, who plays Dick Grayson, also revealed that he shot scenes in the Nightwing costume (which will be reportedly be dark navy with a blue emblem) for the finale. The finale/premiere is currently being tweaked to extend the Trigon-arc.

‘Titans’ hails from Geoff Johns and Greg Walker and stars Brenton Thwaites, Anna Diop, Teagan Croft, and Ryan Potter. Production on season two is currently underway in Toronto. It will be released sometime this fall.