Earlier today That Hashtag Show revealed a slew of character breakdowns for recurring characters on DC Comics upcoming Titans TV Series. Now while it’s still unknown which DC characters they correlate too they did have some educated guesses based on the breakdowns. 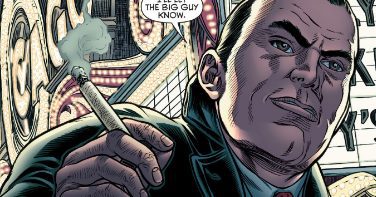 Now we at Omega Underground have found a bunch of audition tapes for three of the character breakdowns they revealed. The tapes include actress and singer Laura Bell Bundy (Jumanji) reading for the part of Jennifer Andrews. Finn Roberts (Greenhouse Academy) and Harrison Samuels (One Penny) reading for the street-smart kid Daniel Cross. And lastly, actor Bronson Pinchot (The Young and the Restless) reading for the part of The Messenger:

Here, they use a mock audition for the character Jennifer Andrews who seems to be an actress in the show.

NEXT UP : Daniel Cross Audition Tapes

Have you seen this:
GOOGLE ANNOUNCES PIXEL 6 and PIXEL 6 PRO